It was a long year.

Many agencies admit 2018 hasn’t been too kind to advertising, but December tends to find them in mostly good spirits. Every year, as inevitably as cold weather and holiday specials, agencies vie to stand out with inventive approaches to the holiday card.

Some agencies go for laughs, others good-natured cheer or homages to clients. This year also saw many agencies taking a philanthropic approach, as its seems more agencies found ways to give to local charitable organizations than in years past.

2018 also seemed to mark something of a move away from the more elaborate, high-budget efforts of some years past, as many agencies found more down-to-earth ways to ring in the new year.

Here are a few of the more memorable entries for 2018.

Please find links to the rest of the roundups below:

There are a lot of tongue-in-cheek holiday cards every year, but this one might be the snarkiest of 2018. The independent San Francisco agency plays on a phenomenon Adweek readers are likely familiar with: the paywall. Its holiday card promises a lot more with registration. 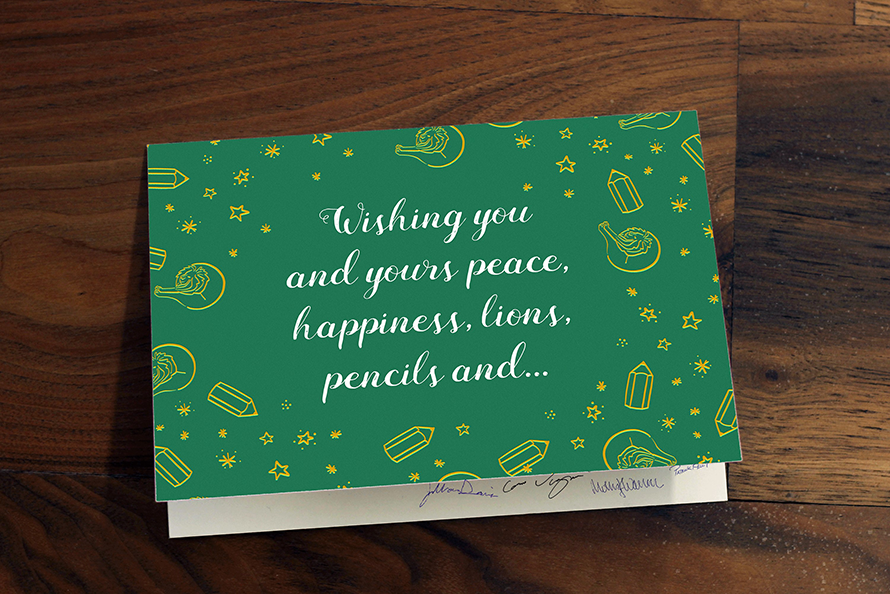 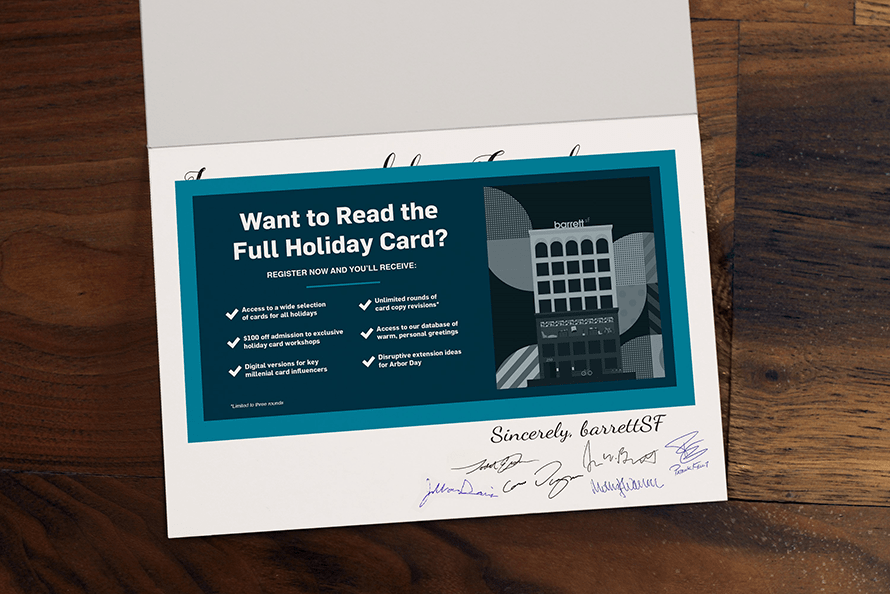 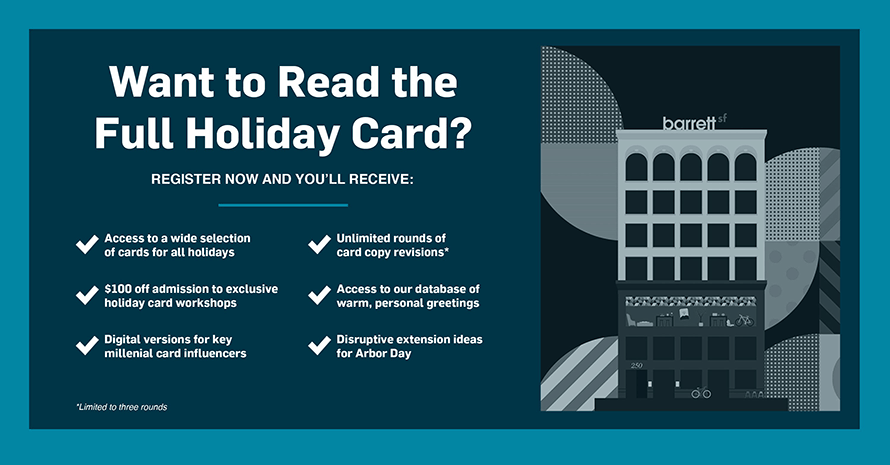 As a multicultural shop, integrated marketing and media agency Barú wanted to create something for the holidays that would live up to its philosophy of representation and inclusion. 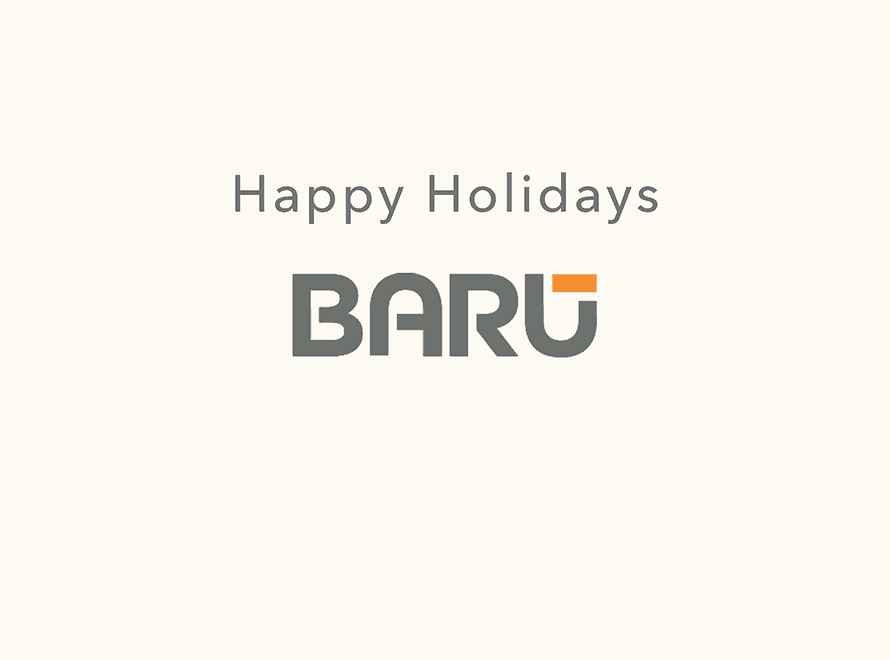 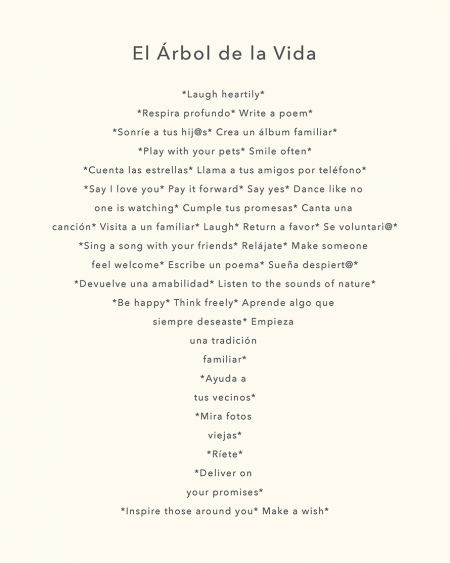 After an in-house holiday drive that raised $20,000, the agencies auctioned off the awards they won for a pro-bono campaign on behalf of the Casey House to raise further funds for the nonprofit. The Instagram auction began on Dec. 12, with the One Show Gold, Clio Gold and a D&AD Pencil award, before expanding to others. The money raised from their efforts will go toward creating personalized gift baskets for Casey House patients.

Bensimon Byrne partner, executive creative director Joseph Bonnici said in a statement that the agency was proud of its work for Casey House. “Although we love getting recognized for the work, we aren’t married to the trophies themselves,” he added. “So, we thought, let’s auction the awards we won for Casey House to raise even more money for Casey House.” 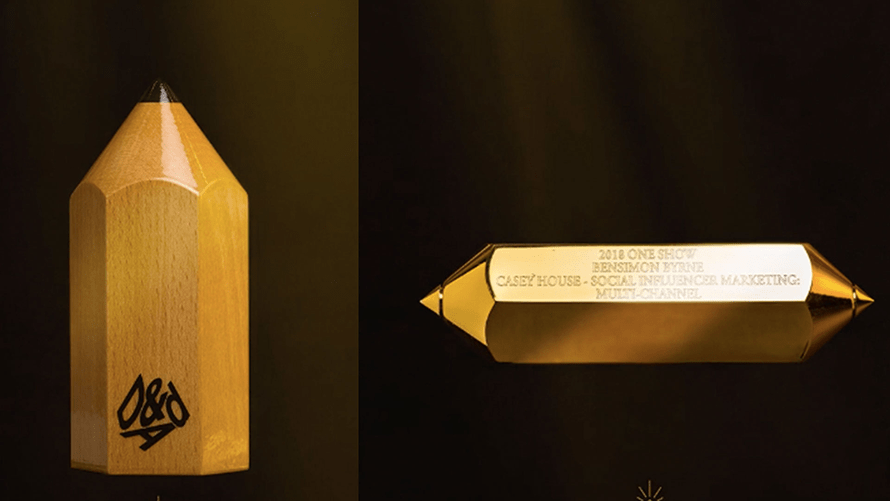 The folks at Bozell know that holiday shopping is no leisurely cup of cocoa. So they created The Nifty Gifty Finder to make finding the perfect gift just a little less stressful. Simply fill out a handful of questions about the person you’re shopping for and The Nifty Gifty Finder will provide a tailor-made gift suggestion while introducing you to the Bozeller who came up with it. 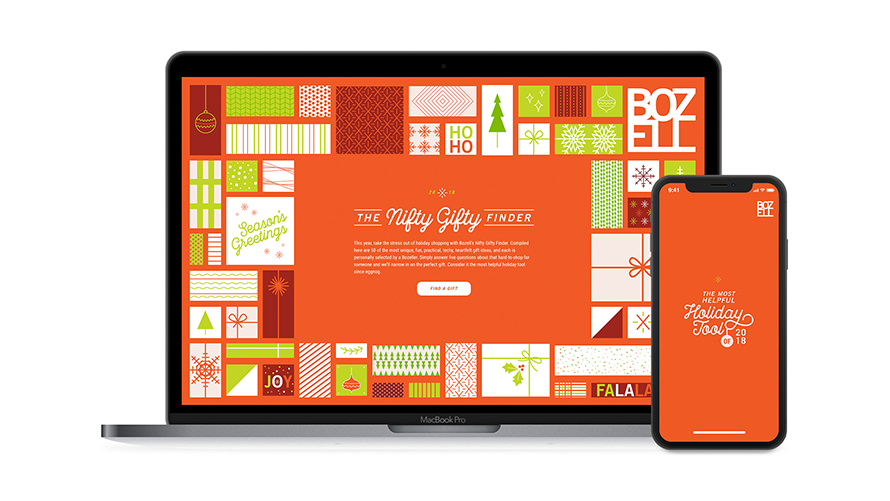 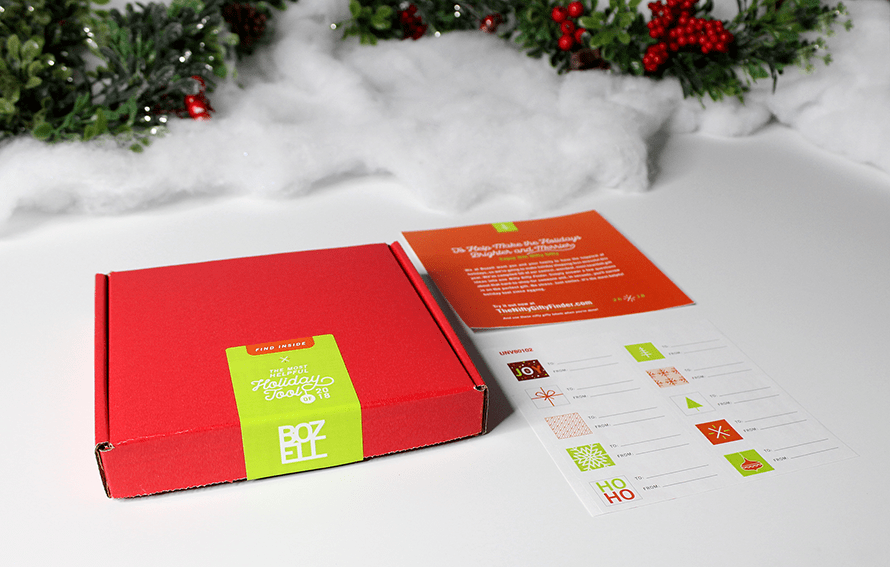 After gifting haggis years ago, New York agency Circus Maximus learned their lesson and now they take a more traditional approach. They give the people what they want. And the people want Yeti tumblers. 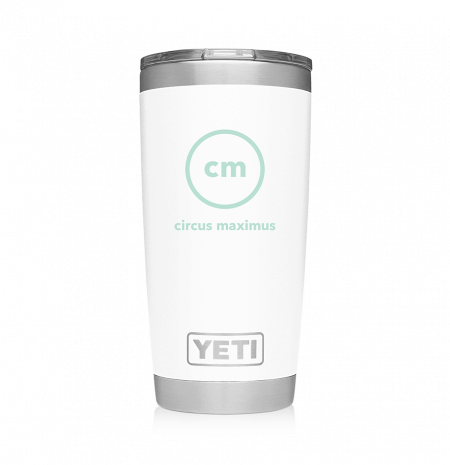 The Los Angeles agency, which purchased itself back from Interpublic back in 2017 after over 30 years, is celebrating its 50th anniversary in sweet fashion. Dailey baked up a batch of festive cookies for the occasion, complete with 50 facts about the agency. 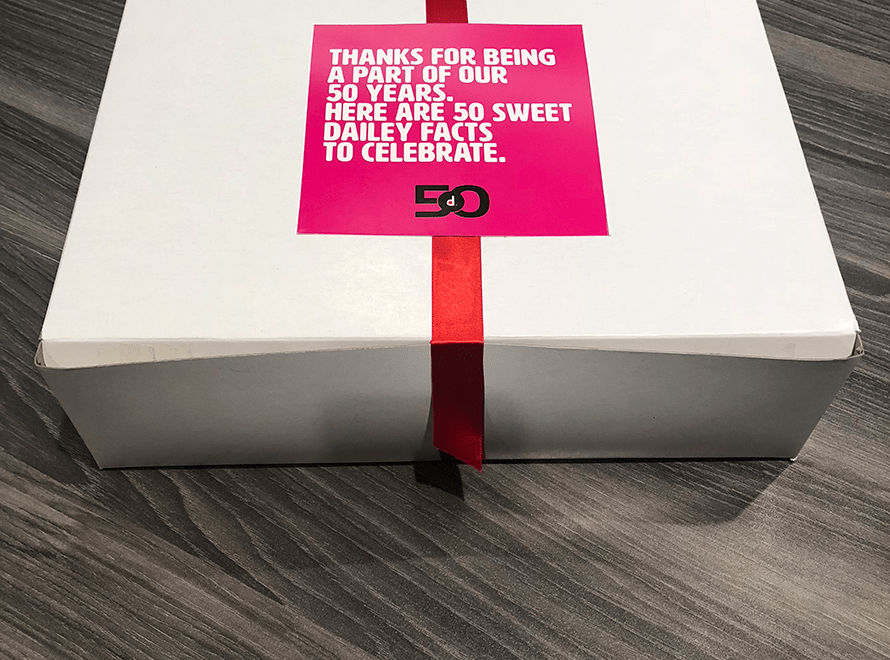 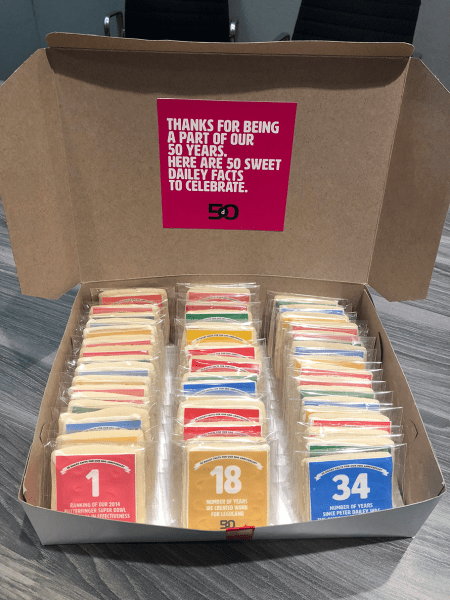 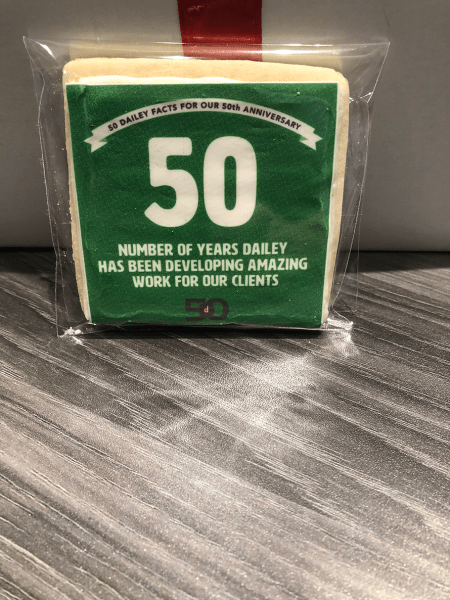 Dentsu won big at Cannes and other awards shows this year with its “Dead Whale” anti-plastics campaign for Green Peace. Since the holidays are the time of year when plastics are used the most, the agency sent out a friendly reminder to friends and clients to seek more eco-friendly alternatives.

Dinner Party describes itself as “a creative agency inspired by the vibes of a great dinner party, where the chemistry provokes truth, passion, and big ideas.”

So for the holidays, the agency decided to bring a little party atmosphere as well, but only on the back of its “mullet inspired” holiday teku glass. The front, like the hairstyle, is all business. It’s the second consecutive holiday glass for the agency, which was founded in 2017, following last year’s series based on cover art created for the agency’s monthly Spotify playlists.

“It’s a lot of fun to think about how to express who we are and the culture of the agency in a way that we think our clients and friends will enjoy,” Dinner Party founder and CEO Jeff Tammes said. 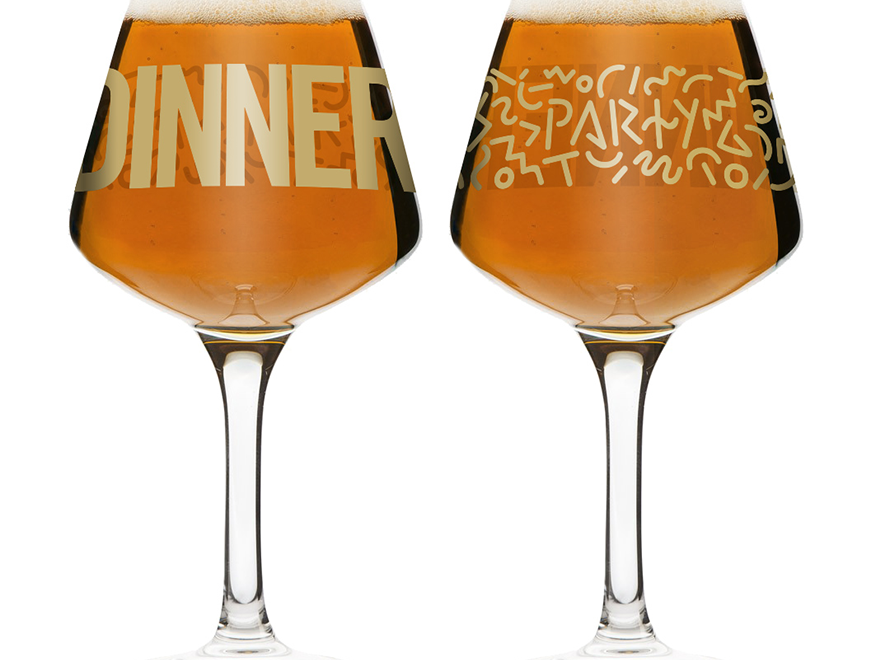 Droga5 London chose to do a little counterfeiting for the holidays. Using a Supreme branded pen, the agency created a series of “Technically but not legally” Supreme holiday cards featuring iterations of the skateboard and clothing brand’s logo. True to the brand, they are asking ridiculous prices for the cards, but don’t fear, the proceeds are going to Shelter UK. 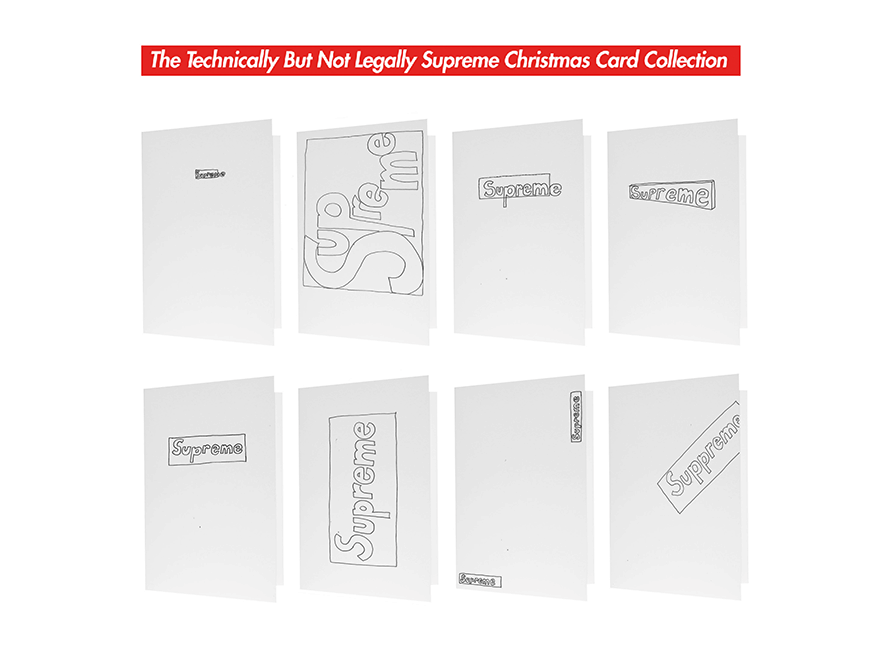 “Making the cards was hilarious. You would think copying a logo would be easy. I guess the pressure got to us in the end. The cards look suitably dreadful,” Charlene Chandrasekaran and Frazer Price, the Droga5 London art directors behind the project, said in a statement. “But more importantly, we loved the insight that a Supreme pen must surely produce Supreme ink. It’s just such a dumb truth. We loved it.”

For digital agency Fluid, it’s all about the clients … and the cocktails.

The agency created a 58-page Holiday Cocktail Companion book complete with 40 original cocktail recipes—each inspired by one of the agency’s clients.

There’s “The Scentsation” for L’Oreal and “Charmed” for Kendra Scott, for example. Each of the drinks attempts to capture the spirit of a client on Fluid’s agency roster, which also includes the likes of Fender, Nespresso, Cariter and Aqua Aston Hospitality.

The book is being distributed to clients and friends of the agency’s New York, Oakland and Portland offices across the country. 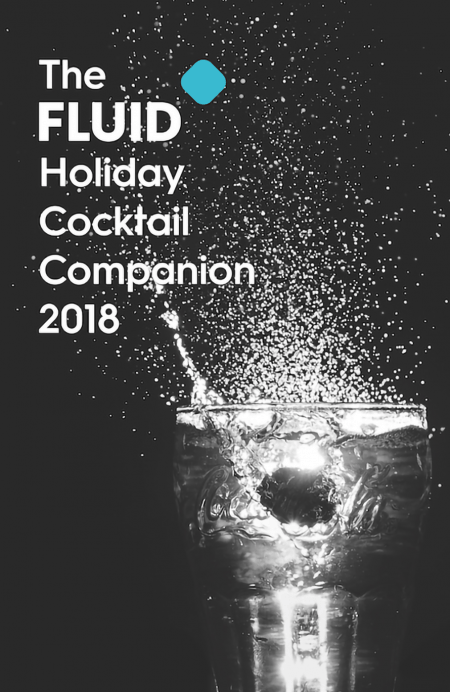 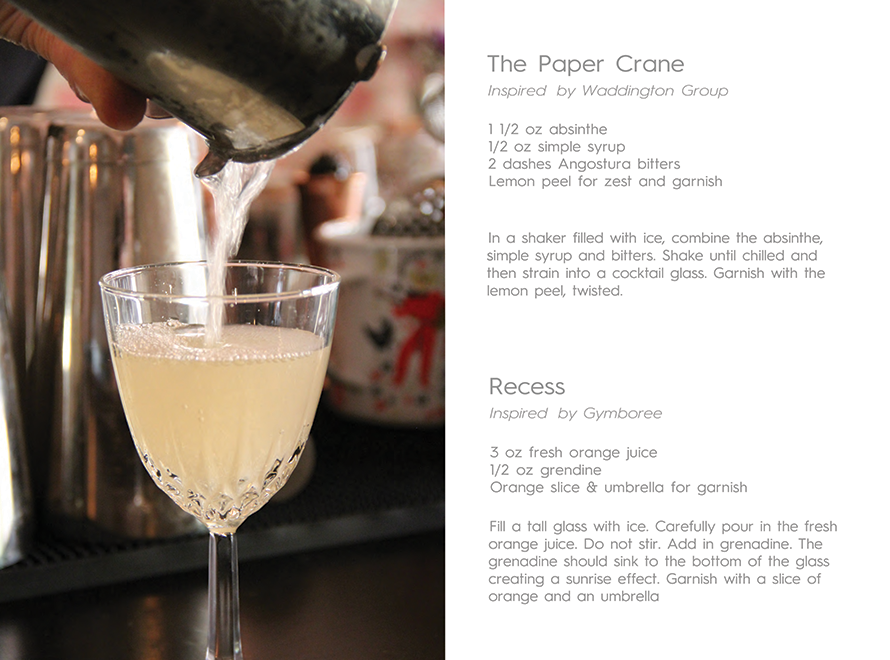 This Toronto agency admits 2018 has been a tough year for advertising (something of a theme this year), so they decided to spread some holiday cheer around the advertising industry the old-fashioned way: caroling. Only Fuse decided to give things an advertising-themed twist. They sent a group of carolers around the city to serenade agencies with renditions of classic jingles for Meow Mix, Folger’s, Toys R’ Us and more. The agencies were not enthused.

The agency teamed up with local artist and former GYK Antler intern Alexandra Bye to craft custom illustrations representing each of the brands with which it works. Many of the illustrations specifically reference work GYK Antler created for the client, such as an illustration of the 45th-anniversary boot for which the agency created a digital ad and a card for Cedar’s Hommus focused on the “Know Better Hommus” tagline the agency created.

The agency also designed handwritten accompanying personalized holiday cards and envelopes, to further show its appreciation for clients in a creative way. 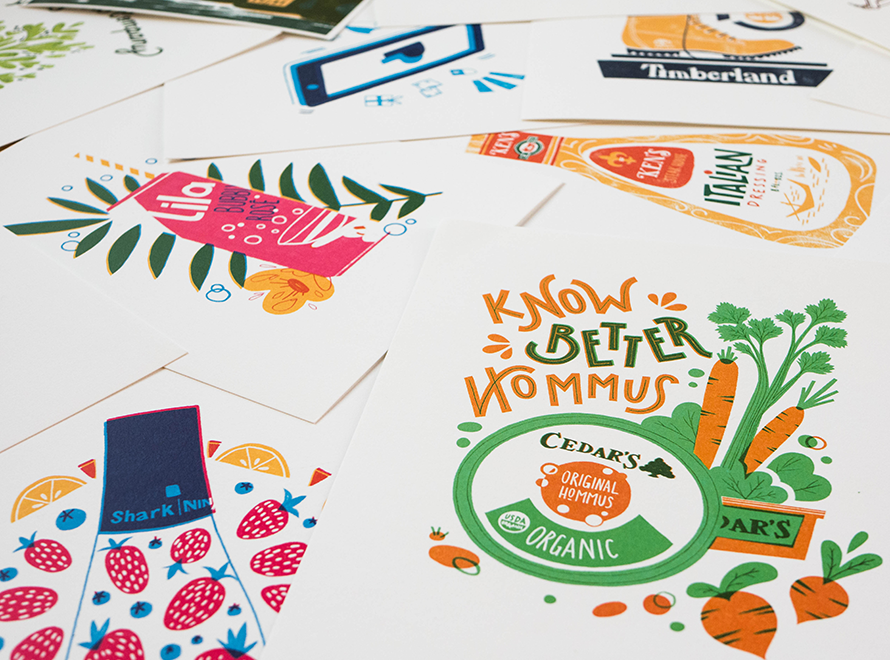 This New York-based agency is ringing in the holidays with a loving homage to the city’s Canal Street (and all the weird things you can buy there). The agency is filling up boxes with random assortments of goods you can only find on Canal Street for a grab-bag extravaganza.

“‘Canal Street Mystery Box'” is our love letter to one of New York’s grandest thoroughfares,” Highfield co-founder Matthew Gardner said in a statement. “Being this close to so much awesomely useless stuff has given us an almost unfair creative advantage. It’s time we shared with the rest of the world.” 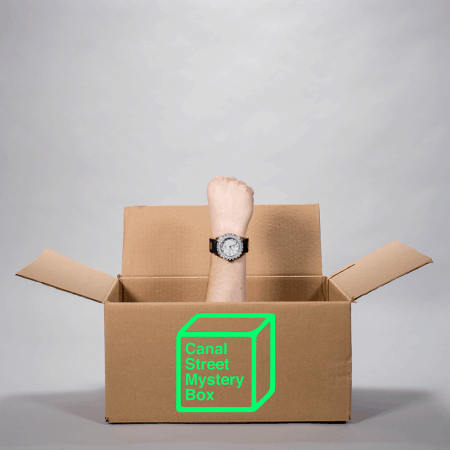