British pubs reopened for the first time since March this weekend. Carlsberg welcomed them back with a new campaign. Carslberg / Fold7

LONDON—It’s a cliché, but just as with tea, pubs really are central to British culture, and many Brits have been dreaming of a proper pub-poured pint since they closed on March 20 as England went into lockdown.

On Saturday—dubbed by many as “Super Saturday”—the government allowed pubs and bars to reopen for the first time after a three-and-a-half-month hiatus.

With Covid-19 still claiming the lives of hundreds of people each week in the country, not everyone is happy about lockdown being eased. But many people marked the occasion by flocking back to their favorite local haunt for a catch-up with friends.

To tap into the mood and capture the nation’s anticipation, London-based ad agency Fold7 created a campaign titled “Welcome Back to the Pub” for beer brand Carslberg that includes a TV ad, social, out-of-home and national press ads.

“Enjoying a draught pint of beer with friends in a pub is part of British culture for many people,” said Emma Sherwood-Smith, Carlsberg’s director of marketing. “Sensing the mood of the nation, we wanted to capture the growing anticipation, put Carlsberg Danish Pilsner at the heart of the moment and most importantly, champion the safe reopening of local pubs.” 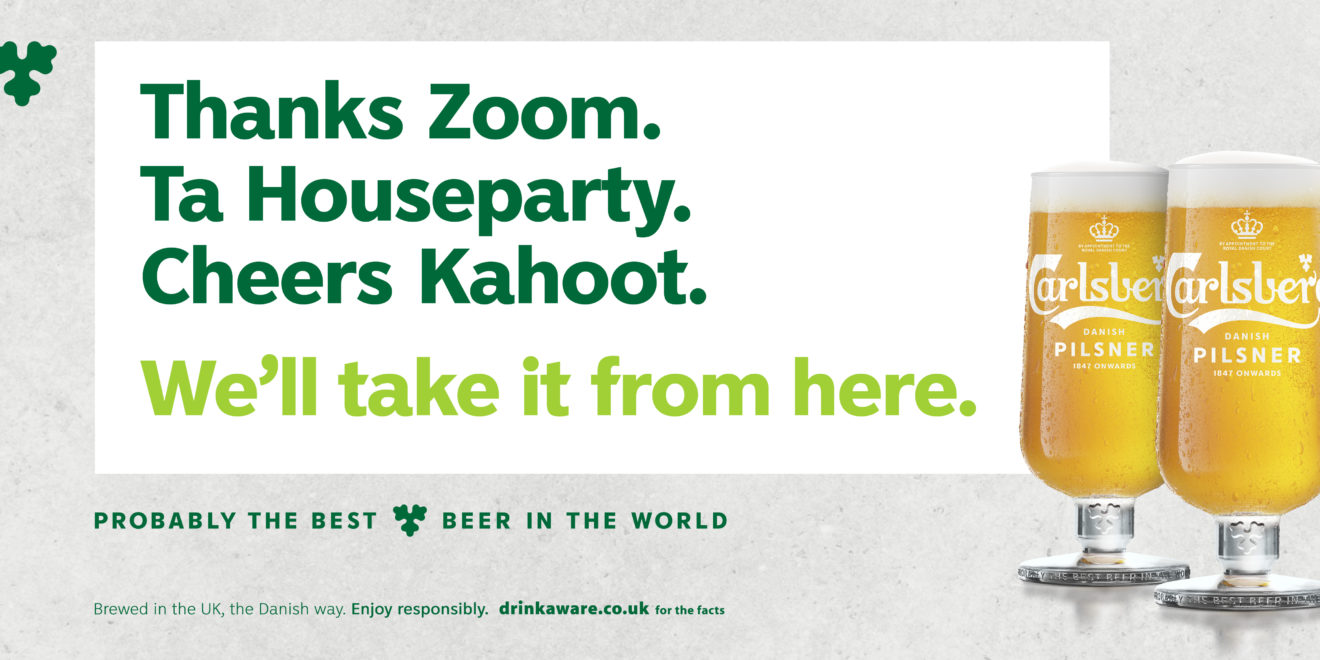 Campaign includes digital out of home, including this spot.
Fold7 / Carlberg