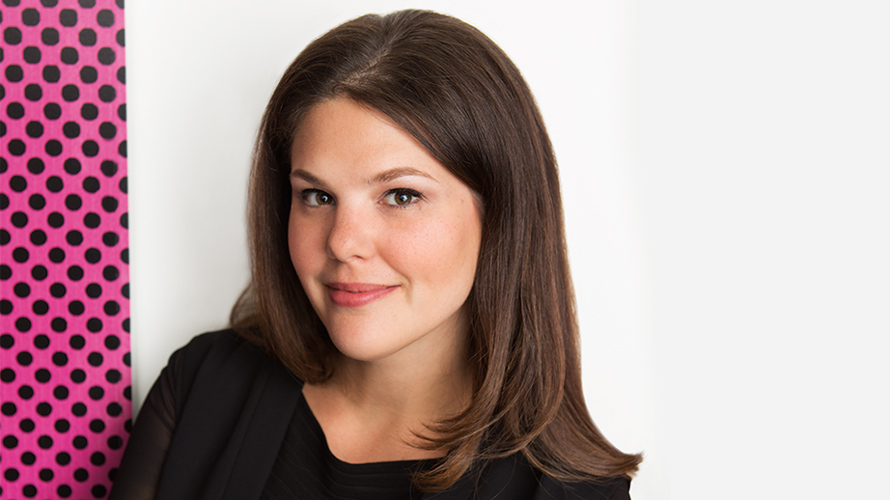 At its core, David&Goliath says it is an agency that revolves around one simple word: Brave.

Two years ago the agency launched an initiative called Today, I’m Brave. It was originally designed to support school children in Sierra Leone, but over the years it has continued grow, encouraging people and organizations to share their stories of bravery while also supporting communities in need like homeless youth and veterans. Today the agency announced its furthering its philanthropy (and its do-good spirit across the agency) by officially promoting one of its employees to director of philanthropy.

Current David&Goliath group strategy director Kristen Knape will take on the role, effective immediately. Knape has worked at the agency for five years now and was the perfect fit for the role, according to D&G founder and chairman David Angelo.

“What I noticed about [Knape] is not only is she an amazing strategic planner, but she was instrumental in the success of the California Lottery campaign the ‘Believe in Something Bigger’ movement. She is also authentic, altruistic and deeply passionate about the initiative at David&Goliath. This includes motivating employees to bring forth causes important to them,” Angelo said.

In her new role, Knape will be responsible with growing Angelo’s Today, I’m Brave non-profit and will head up all other purpose-driven initiatives for the company. And there are plenty of those for Knape to focus on.

Being brave and sharing personal stories is something Angelo encourages among all D&G employees. There’s the “Wall of Goliaths” in the El Segundo-based office that features 180 framed images that show employees’ individual fears for the whole office (and the agency’s clients to see). Or the D&G intern program where interns are referred to as “Bravehearts” and are encouraged to work closely with Angelo to develop a “life manifesto” about where they see their lives going. The intern is then asked to share the manifesto with the entire agency before finishing up his or her intern duties.

“Our culture is much bigger than our work. It’s the engine that inspires us to embrace our truth that no Goliath is too big or too small and because of that the byproduct of that type of spirit is work that reflects that,” Angelo said.

The announcement comes in conjunction with the agency’s second “Brave Speaker Series,” which is being held on Tuesday. The series invites different groups of people to come and speak about moments of true bravery they’ve experienced in their own lives. All proceeds from this event will go to the Covenant House California–an organization that supports homeless youth.

Today, I’m Brave was born out of the agency’s “Goliath” spirit, but continues to evolve into a larger part of what the agency does and what to stands for. It’s something Angelo believes can be woven into purposeful work for clients, both nonprofits and otherwise.

Added Angelo: “Over the years we’ve been shifting our focus to truly being a purpose-driven agency. It’s not a buzzword or a trend we throw around. Our goal is to help people and brands lift their purpose in everything that they do and so everything that we are doing on the inside and out of our agency is purpose-driven, and that includes philanthropy.”