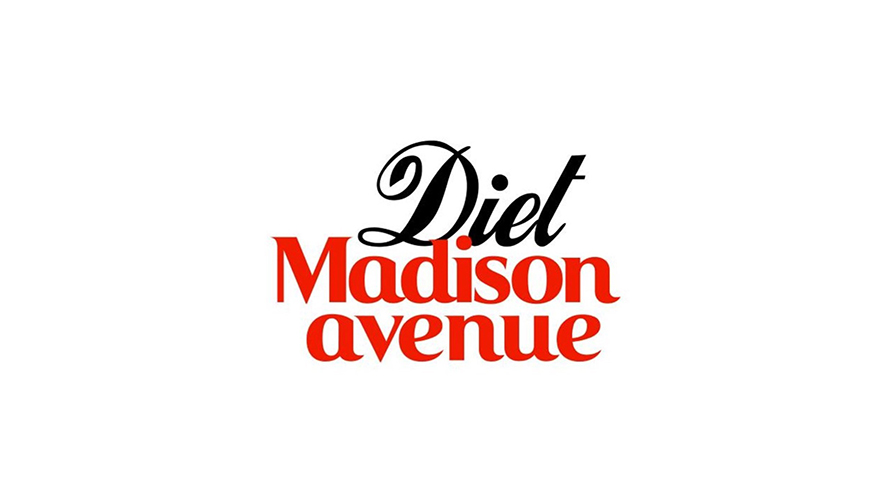 Instagram appeared to have shut down Diet Madison Avenue, an account that had 18,000 followers as of Sunday and was dedicated to “exposing sexual harassment and discrimination” in the ad agency world.

The news comes on the same day a group of female agency veterans released a letter calling out the group for making serious accusations anonymously. The reasons behind Instagram’s decision are not clear, and there is no indication the two events are related.

For the past several months, Diet Madison Avenue has been the 10-ton elephant filling nearly every office in the ad industry. The group describes itself as “17 ad junkies exposing Madison Ave sexual harassment & discrimination since Oct 2017, cuz HR won’t.” It became a topic of conversation around the world as industry insiders debated the importance of addressing advertising’s entrenched sexism and the anonymous account’s method of calling out alleged offenders.

The letter, which uses the hashtag #TimeOutDMA on Facebook, reflects some of those criticisms.

“It should go without saying that sexual harassment is unacceptable behavior under any circumstances. None of us believe otherwise,” reads the letter veteran producer Veronica Beach posted on Facebook this morning. “However, sexual harassment is an incredibly sensitive subject that requires accusations be handled with procedures outlined by companies. It is not acceptable to use an anonymous social media account to accuse people, pass judgment and use other bullying techniques to help the victims.”

The letter, signed by Beach and 13 other women, goes on to say that the DMA account “has created a toxic environment of fear.” While the letter expresses apparent sympathies with DMA’s organizers—”we understand that you felt you needed to be provocative in order to get attention for women who felt unheard”—it urges them to “dramatically change your tactics” or shut the account down entirely. “You are undermining yourselves and the powerful groundswell of changes that was and is currently underway,” it reads.

The women who signed the letter did not identify their employers to avoid involving them in the debate, Beach said.

Beach also told Adweek she is no stranger to bad behavior by men in the advertising industry.

“I had my first assault when I was in my later 20s,” she said. “I [experienced] abuse of power and harassment in my early 30s and had countless instances of inappropriate behavior and comments from all facets of the industry [including production agencies and postproduction houses]. But I don’t consider myself a victim; I consider myself a survivor.”

Beach said she followed Diet Madison Avenue closely at first but stopped in January after it “started to make me a little uncomfortable.”

“I started to think, ‘Who are these people?'” she said. “When I walk into a room tomorrow with 17 other individuals [at work], I know their names and faces, even if we don’t agree.”

Beach continued: “[DMA] did something interesting and disruptive that shook a lot of people—and someone had to do it—but when you point at someone and make accusations, your face had better be there. That’s what #MeToo is all about: men and women putting their faces out there … and inspiring others.”

According to Beach, the letter stemmed in part from a recent dinner involving her and some of her former colleagues in the Los Angeles area.

“We have said this from day one. When you challenge the status quo, the status quo pushed back. What you’re seeing [now] is a very sad and completely tone deaf display of internalized misogyny from individuals who have had years and even decades to do something about this issue but have not. And we know it’s only occurring because they are protecting and defending their friends. We even know that some [have] been directly asked to do so by the men we have called out. Internalized misogyny is a bitch.”

The account later posted on Twitter, attributing the same “internalized misogyny” to “angry ladies whose friends were called out for predatory behavior” and tying the letter to the Instagram shutdown.

“We are in no way protecting these men,” Beach said of her group’s letter. “We are in no way saying these stories are not credible. What we are saying is, this is not the way. They don’t get to hold the conversation. They did powerful things but went too far, and now we have to heal. We have to allow the professional names and faces to walk in.”

According to its organizers, Diet Madison Avenue started last October as a private Instagram account dedicated to outing men in senior agency roles who had been accused of sexual harassment, assault or other misconduct. The account later told followers it had carefully vetted hundreds of complaints submitted by women from agencies across the industry and shared a list of several prominent men, some of whom were fired either before or since.

Its approach mirrored that of writer Moira Donegan’s “Shitty Media Men” list that named journalists who had been accused of harassing, assaulting or otherwise behaving inappropriately toward women in their field. DMA later shared images of that list on Instagram as well.

The account came to greater prominence after a series of posts about The Martin Agency’s chief creative officer and 26-year veteran Joe Alexander, who was fired in early December. At the time, Adweek ran a report in which more than 10 of the agency’s former employees detailed multiple allegations of sexual harassment against Alexander over a period of more than 20 years. One of those complaints led to a monetary settlement in 2013.

A follow-up story in The Wall Street Journal revealed that the agency paid more than $250,000 to resolve the case and identified another woman who said Alexander had assaulted her in the early 1990s.

In early 2018, Diet Madison Avenue continued to share information about men who’d recently been fired, often without explanation, from such agencies as Droga5,Wieden+Kennedy and CP+B. Its Instagram Stories and posts sometimes included additional allegations against the men, and it eventually began posting on broader topics such as contemporary feminism, intersectionality and advertising’s ongoing struggles with diversity.

Opposition to Diet Madison Avenue intensified in some quarters as the account grew more popular. Last week, an account cropped up on Instagram and Twitter called The Think Pol, which appeared to exist solely to counter Diet Madison Avenue. In a series of posts, that account referred to DMA’s methods as “McCarthyism.” It also stated that an unidentified third party had hired private investigators to identify the people behind the account.

Adweek contacted The Think Pol via email seeking comment. The anonymous individual responded, “Most people are sick of [DMA] already, and their influence will continue to wane because their motives are power for themselves, nothing more.”

One fact is indisputable: Diet Madison Avenue has dominated nearly every conversation about the creative agency world in 2018.

“In the last two months, I’ve had lots of young people—men and women—reaching out to me on social media channels just wanting to talk,” said Nancy Hill, former 4A’s CEO and president who oversaw that organization’s 2016 survey finding that a majority of women advertising professionals have experienced harassment in their careers. Hill also famously called out former Publicis Groupe chairman Maurice Levy for describing the Gustavo Martinez case as “a one-man mistake” that was “not a fair representation of the industry.”

“Young people are confused,” she said. “They deplore the behavior that’s being outed … but they’re having a difficult time figuring out how we have allowed this to happen. We cannot go back to work and assume it will all blow over.”

Hill shared a letter written to one young agency professional in which she blamed “people of a certain age” for allowing predatory behavior to continue unchecked for decades.

“I would like to encourage everyone in a leadership position—whether you run an agency, an account group, a creative department or are simply an industry wonk, like me, to speak up and stand up for what’s happening,” Hill’s letter reads. “We need to acknowledge the problem, not just in private groups like Girlsday or Diet Madison Avenue, not just through the same brave individuals like Cindy Gallop, Kat Gordon and God-Is Rivera, not just in whisper networks in the bathrooms. All of us, women AND men, must let the offenders know that we cannot be stopped, that we will not be underestimated and that we will not stand for harassment in any shape or form.”

Beach said the ad industry has already begun to make necessary operational changes due in part to DMA’s considerable influence.

“DMA put everybody on notice, and now the agencies and production companies and postproduction community have heard and they’re making the changes,” she said, claiming that some such companies have, for example, begun hiring HR directors. “We are stronger together. We are unstoppable together, and that includes men. Our hashtag is #TimeOutDMA because we want them to take a little timeout. … We all have the same end goal—it’s the route and the path we take to get there.”