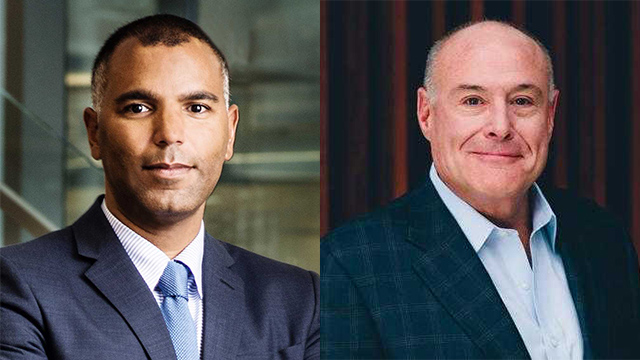 Houston will oversee all of the network’s 430-plus offices and approximately 6,500 employees around the world. His predecessor Jim Heekin, who became CEO of Grey Group in 2005 and chairman the following year, will step into the executive chairman role, effective immediately.

The news comes on Grey’s centennial. Larry Valenstein and Arthur Fatt started the company as Grey Studios in August 1917.

Moving Grey into its second century

“One hundred years ago today, Grey opened its doors in New York,” wrote Heekin in a memo that went out to all staff this morning. “The Centennial has been a time to reflect on our extraordinary journey and look to the future. As we celebrate our anniversary, and a decade of record growth and creative performance, the time is right for the elevation of a new generation.”

Heekin went on to praise Houston’s “personal qualities and business achievements,” adding, “It has been a pleasure to watch him grow to become one of our most dynamic and talented leaders. He has an innate ability to bring out the best in people, both his colleagues and clients alike.”

"We have every intention of being here in 100 years."
Michael Houston, Grey global CEO

“One of the things we will take forward [after 100 years] is that Grey has always been a highly strategic agency,” Houston told Adweek while reflecting on his decade-long tenure (he joined Grey as a global chief marketing officer in 2007). “This isn’t a knee-jerk response or appointment based on some necessity or weakness. This is part of a strategic plan that [Heekin], myself and the rest of our management have been working on for over a year.”

Since then, Grey has made a number of promotions around the world, naming new executives to lead its African, European and Latin American networks while promoting Debby Reiner to CEO of its New York headquarters and hiring John Patroulis of BBH to replace departed chief creative officer Tor Myhren, who went to Apple in 2015.

“It’s been an invigorating, rewarding ride for the past 10 years,” Houston said, “and now we’re putting the team in place for the next [decade].”

Expanding definitions of creativity and success

When asked whether Grey would be the latest in a line of agencies to go through a large-scale restructuring, Houston said, “There will be no 17-page memo coming up anytime soon.” Still, he hinted at potentially “evolved structures” that would help Grey become more “indispensable to clients.”

“We need to offer more solutions that really speak to the way consumers are living their lives today: more experiential and immersive,” he added.

To Houston, that means “[opening] our aperture regarding creativity and our definition of it.”

“What you’ll notice from us in the future is that one size fits all no longer works,” he said, adding that Grey has been expanding its Brand Experience approach to every region it serves and that these groups will look and operate differently so as to cater more effectively to the populations in their respective areas. He also noted forthcoming partnerships with other WPP agencies around the world, stating that “Grey merges with agency X” announcements will be far less likely than news about the agency working with a sister shop to develop client-specific offerings.

"The rise in our creative reputation is the single thing I'm most proud of. No one gave Grey a shot."
Jim Heekin, Grey Group executive chairman
@PatrickCoffee patrick.coffee@adweek.com Patrick Coffee is a senior editor for Adweek.