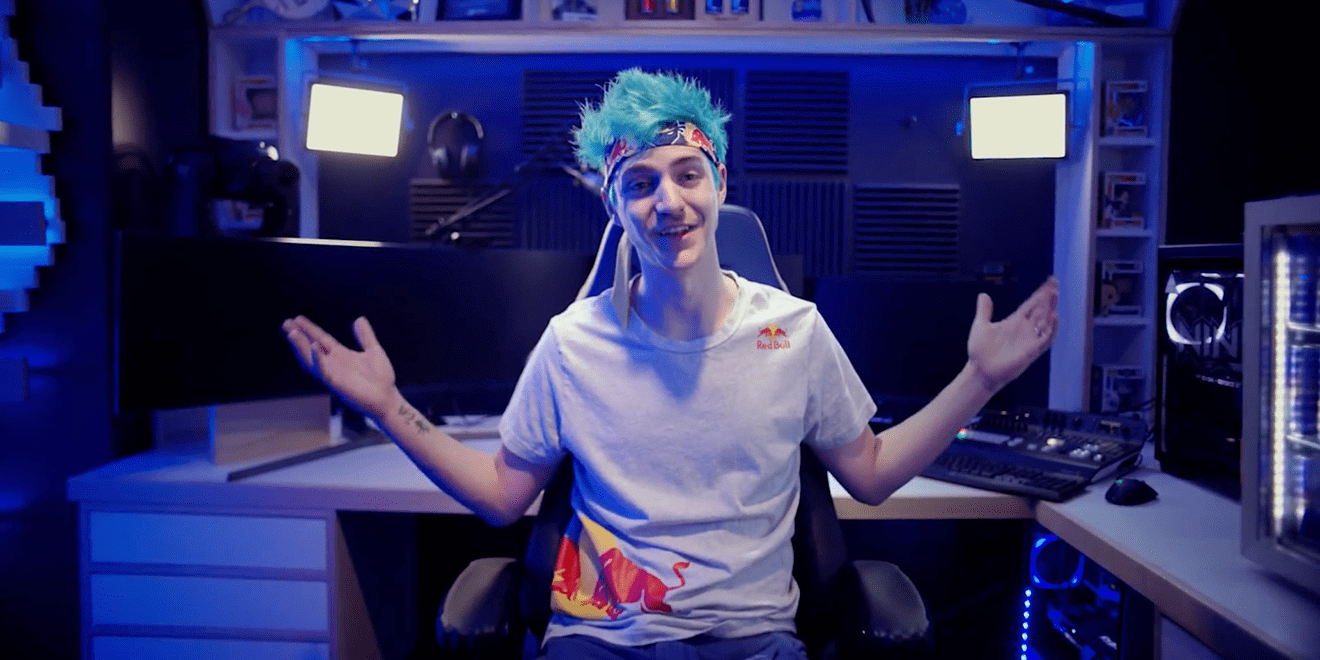 Roundhouse also built an analyst desk where Blevins can host others. Red Bull

It’s hard to believe that, only eight years ago, the thought of making over $100,000 on YouTube (or any other platform) was astonishing. Fast forward to today, and social influencers are raking in the big bucks, with the top 10 YouTubers making no less than $14.5 million this year, according to Forbes.

While not quite at the same level, Tyler “Ninja” Blevins—one of the world’s top Fortnite players and the most popular streamer on Twitch—continues to climb the ranks of highly compensated social personalities. As of last March, Blevins was reportedly making $500,000 a month, most of it coming from Amazon Prime (Amazon owns Twitch, and people can donate to his channel) and his more than 20 million YouTube subscribers. In a recent interview with ESPN The Magazine, however, he revealed that this figure is closer to seven figures.

Adding to the mix of compensation for Blevins are brand hookups with Uber Eats, Samsung and Red Bull. Blevins joined Red Bull in June as an athlete, and the brand (with the help of Portland agency Roundhouse) built the popular gamer an impressive streaming studio in his home outside of Chicago.

Blevins collaborated with the brand and agency by choosing from a provided suite of ideas, and the previous mishmash setup transformed into a state-of-the-art studio filling Blevins’ basement. The new setup includes top of the line equipment that he can control to show unique angles beyond the usual one-camera head-on shot most gamers use. It also includes personal touches—like a dog bed and Blevins’ memorabilia—and substantial yet surprisingly seamless Red Bull branding. 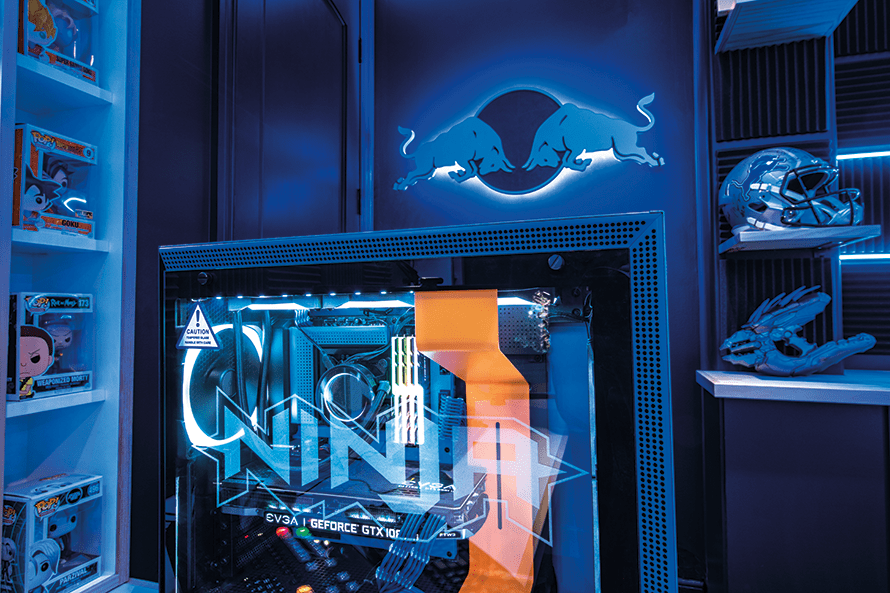 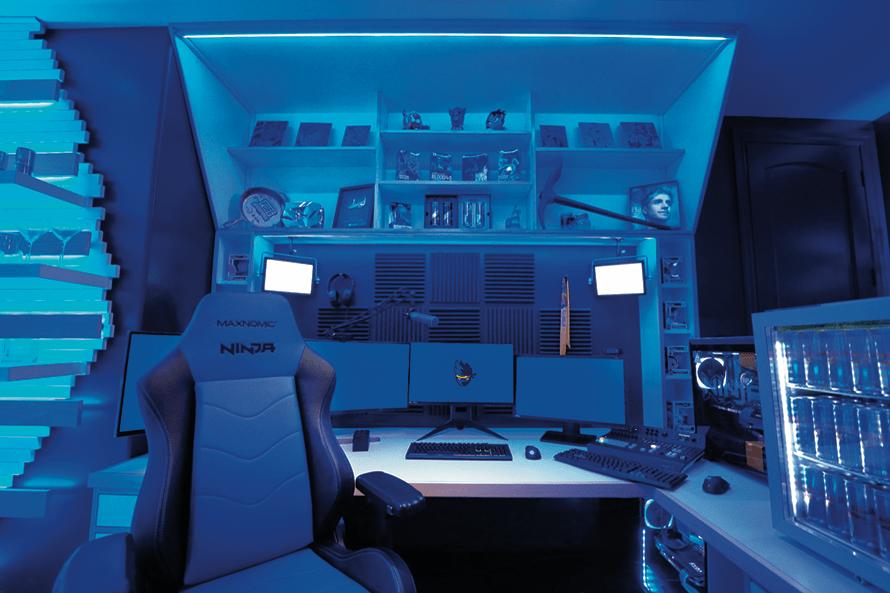 Roundhouse, who counts Red Bull as a long-standing client, has considerable experience in designing spaces, but usually on a larger scale. Founded in 2001, the agency is working on Adidas’ 5th Avenue store in New York and has worked with other brands like Reebok on physical environments and experiences. In the case of Blevins’ streaming studio, the key was to build something that would endure.

“It definitely was a challenge for us building this concept—and [providing] ideas to give him something that can’t get outdated,” said Roundhouse creative director Robert Medkeff. “[The studio] can really grow and actually help provide more creative avenues for him.”

In addition to the more traditional space for gameplay, Roundhouse built an analyst desk where Blevins can host others or step away from the game for a while. It also provides another avenue for additional content, which could be a natural evolution of his popularity and a boon for the brands with whom he partners.

“It’s a completely different setup and experience versus watching Ninja stream,” said Medkeff. “But it’s a great addition, because he can be more involved in bringing more people into the fold.”

Indeed, it’s likely a good idea to expand the gamer’s universe as Blevins’ popularity continues on the upswing and famous Fortnite fans flock to his world. Earlier this year, Blevins played the game with Pittsburgh Steeler wide receiver Juju Smith Schuster and musicians Drake and Travis Scott, breaking the concurrent viewers record on Twitch with an estimated 650,000 at one time.

“For us, it was a pleasure and great challenge to give Ninja something that he can use to develop his brand further and set him up for future success,” added Medkeff.