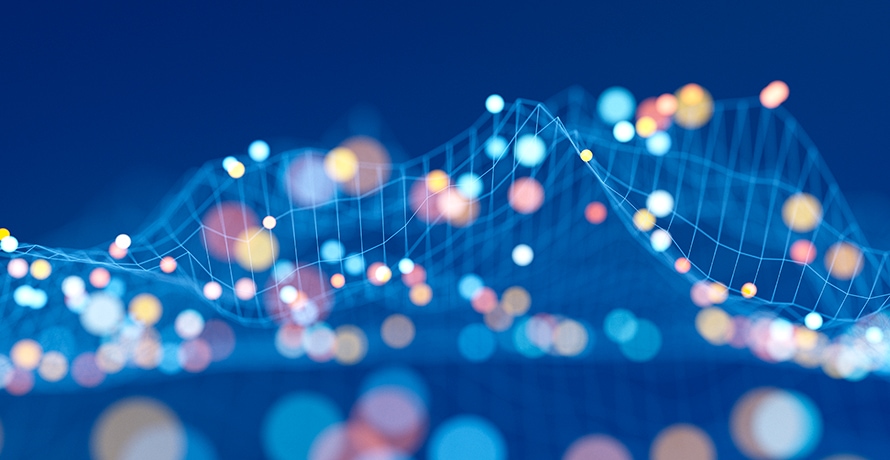 Magna, IPG Mediabrands’ intelligence unit, predicted in a report today that full-year advertising sales in the U.S. will pass the record $200 billion mark. For the first time, digital is also expected to account for half of those sales (up 16 percent to approximately $106 billion in revenue).

The report showed total U.S. advertising revenue growing by 6.9 percent to $207 billion. Total domestic ad sales grew by 6.5 percent in the first quarter of 2018 and 5.8 percent in the second quarter due to “a robust economy” and an uptick in ad dollars being spent by companies in the finance, pharmaceutical and tech sectors, according to Magna.

Vincent Letang, executive vice president of global market intelligence at the firm, said the record domestic advertising revenue growth is being fueled by “rising wages, low unemployment [and] record retail sales,” leading “marketers in many verticals, but not all, to increase their ad budgets in the first half.” 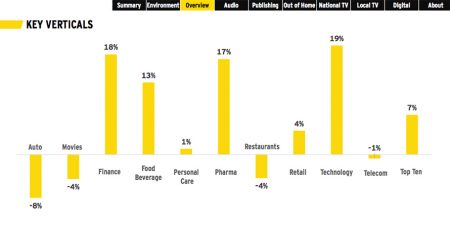 Marketers in auto, movies, restaurants and telecom, on the other hand, decreased their advertising budgets, as per the report.

Magna predicted record growth will also be driven by political ads around the midterm elections, which are expected to bring $2.9 billion into television—an increase of 19 percent since the last round in 2014 (there are 105 races this year compared to 70 that year). This adds to the sales already gained during the Winter Olympics and FIFA World Cup, which generated $630 million and $200 million of incremental national TV revenues, respectively, the report said.

Still, all non-digital advertising sales in the U.S. are estimated to decrease 4.6 percent this year with national TV expected to only grow by 0.8 percent to $42.7 billion, the report said. Magna sees local TV ad sales climbing 9 percent in 2018 (thanks to the midterm elections), out-of-home growing 3 percent, print declining 17 percent, radio decreasing 5 percent and direct mail remaining stable due also to political ads.

In the first half of 2018, print U.S. ad sales declined 16 percent, linear radio was down 5 percent, out-of-home grew 3 percent and TV remained flat. Meanwhile, digital search was up 18 percent, social media rose 38 percent and online video increased 27 percent, according to the report. 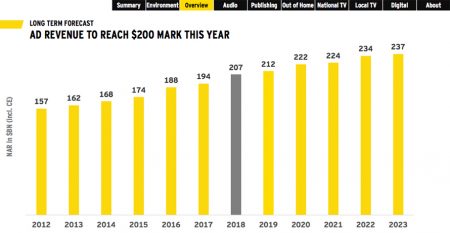 He said “one shouldn’t link too closely the stagnation of TV advertising sales with the growth of digital,” because increasing digital sales are coming from businesses like “your local plumber or bar” on social media. Magna predicted social to “be the fastest-growing segment” in the U.S. and increase by 38 percent in all of 2018, while search and digital video will rise 16 percent and 25 percent, respectively.

Social media companies like Snapchat and Facebook, and video and streaming companies including Netflix, Hulu and YouTube, have actually “increased their use of traditional media, especially in TV and out-of-home, as they are developing into household brands,” Letang explained, adding that key big spenders in spaces like CPG, beverage and pharma so far have stayed “loyal” to television.

Letang said “that helped national TV to stabilize ad sales in the first half,” versus the slip of 2 percent it saw in the same period last year.

The report said domestic desktop-based ad revenue is expected to decline 3.9 percent after being “hit by lower consumption and ad blocking.”

Letang added that in certain markets, digital advertising sales already account for half of all ad revenue, including in the U.K., where they make up around 65 percent.

Magna also increased its underlying growth for the year to 5.2 percent compared to its last forecast in June that placed it at 4.7 percent. That revised forecast was “triggered by a stronger-than-expected market” (which grew by 6.1 percent) in the first half of the year. The 2019 forecast was also revised up to a 4 percent underlying growth from 3.6 percent.

Don't miss Adweek NexTech, live this week, to explore privacy, data, attribution and the benchmarks that matter. Register for free and tune in.
@kitten_mouse lindsay.rittenhouse@adweek.com Lindsay Rittenhouse is a staff writer at Adweek, where she specializes in covering the world of agencies and their clients.