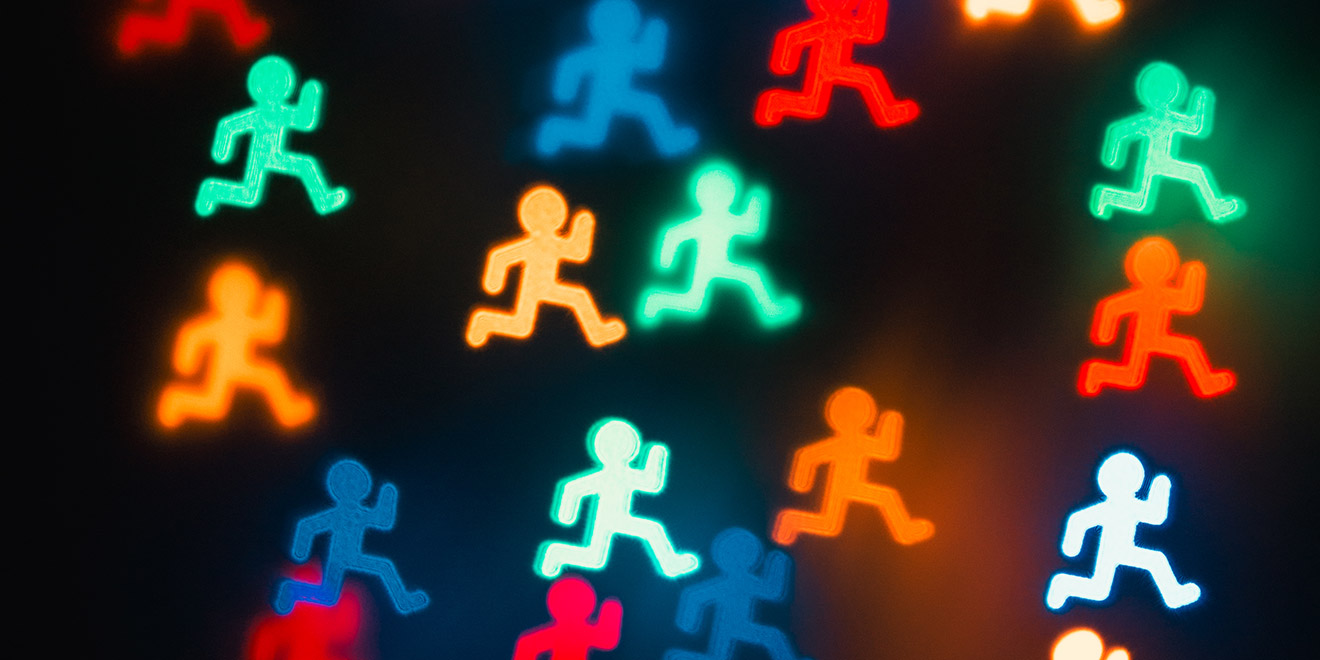 The next round of big-budget media reviews has begun, and beneath it lies an existential threat to the established agency business model.

Last summer’s rumored wave is now a real-world tsunami encompassing billions in RFPs from brands like Marriott, Mars, McDonald’s, Microsoft, Mondelez and more. But clients have learned from past mistakes; this time they’re seeking partners, not just service providers. Adweek’s Media Agency of the Year lineup of MediaCom, MullenLowe Mediahub and 360i confirms that many agencies continue to perform—but networks unable to pivot away from a reliance on classic planning and buying work will eventually fall by the wayside as automation allows more clients to move operations in-house.

In some ways, this development was the expected product of both the ANA’s 2016 media transparency report and Procter & Gamble chief brand officer Marc Pritchard’s 2017 call to avoid wasting time and money on “a crappy media supply chain.”

“What [marketers] have realized is that media had been treated like a commodity by many businesses, as a cost to be managed rather than a strategic marketing discipline,” said ID Comms co-founder Tom Denford, whose consultancy is managing some of this year’s biggest reviews. “This change has been building for some time, and now it’s in full effect.”

“I’ve worked with clients that will spend millions on search alone, so rather than outsource it, they can bring in a powerful team. That’s what’s killing [the agencies].”
Ken Robinson, owner and partner at Ark Advisors

According to the longtime agency planner, CMOs have spent the past year-plus getting their own houses in order by expanding internal data capabilities and asserting a greater degree of control over their media budgets. And while past reviews were largely procurement-led, cost-driven affairs, Denford said clients’ demands have grown more specific as they bring elements of the planning and buying process in-house, adding, “It shifts the whole media model in favor of the marketer.”

“I’ve worked with clients that will spend millions on search alone, so rather than outsource it, they can bring in a powerful team,” added Ken Robinson, owner and partner at Ark Advisors. “That’s what’s killing [the agencies].”

The widespread automation of ad sales has only accelerated this trend while diminishing the inherent advantage of giants like P&G, whose omnipresence once led to both greater buying power and more leverage on media pricing. In short, marketers’ ability to collect and manage their own customers’ data will soon become their most powerful differentiator, and Denford believes the smart media shops must in turn begin to separate planning and buying from the rest of their business, assuming a more consultative role based on the value they add rather than the sausage they make. 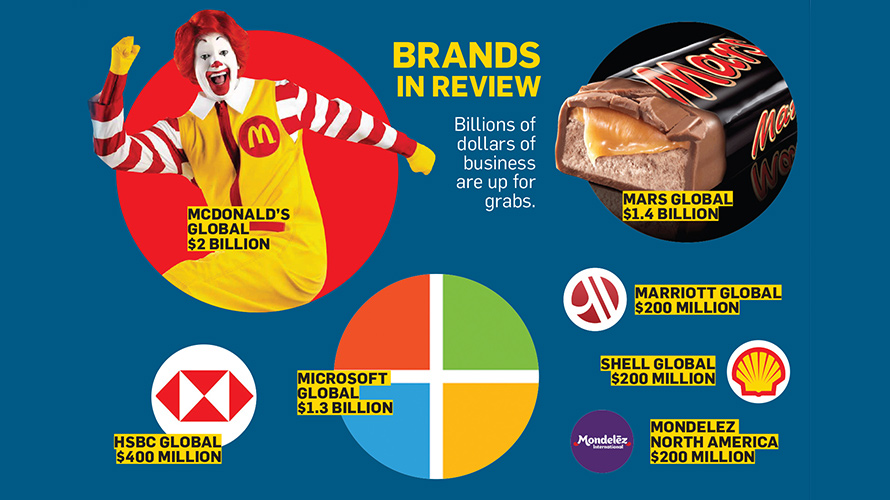 Robinson agreed: “As media companies become more reliant on data and technology, they become in some ways technology consultants.”

On that note, today’s standard briefs emphasize quality over cost-cutting as clients come to the table with more knowledge of their own needs.

“The first question they always ask is, ‘What’s the right model for us?’ I don’t think it’s about price anymore,” said Melissa Lea, managing director of international consultancy R3.

That’s often bad news for incumbent agencies. “Lots of those [accounts] in play right now were long-standing relationships [that got] to the point where the only thing they could do was run a review,” Lea added. “They’d been getting promises but not receiving the changes they needed.”

Since many reviews will lead to multiyear contracts, they could also play a critical role in reshaping the global media agency hierarchy, according to Denford.

“Agencies will have to prove the value they add, and those that get it right will be highly successful; others will struggle."
Tom Denford, ID Comms co-founder

Many media networks will have no choice but to contract while rebranding themselves and their services because consulting services deliver lower profit margins than ad sales. For example, last year, WPP combined MEC and Maxus to form Wavemaker and Publicis launched Spark Foundry from the ashes of Mediavest.

“Agencies will have to prove the value they add, and those that get it right will be highly successful; others will struggle,” Denford said. Robinson takes a more cynical perspective, arguing that “if you take the branding off three agency presentations, I don’t think you would be able to tell them apart.”

Meanwhile, Denford said clients will continue establishing a greater degree of oversight over the next year, as “10 to 20 major advertisers [will] take control of their media,” he said. “They will set the blueprint for the future operating model.” 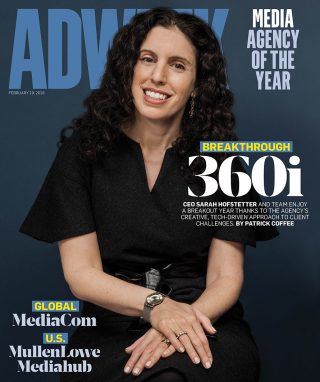 Click for more from this issue
This story first appeared in the Feb. 19, 2018, issue of Adweek magazine. Click here to subscribe.
@PatrickCoffee patrick.coffee@adweek.com Patrick Coffee is a senior editor for Adweek.