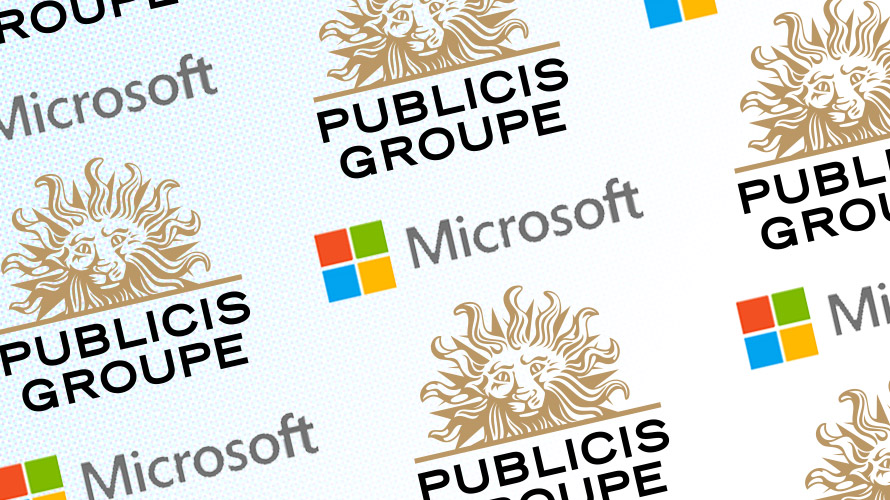 Today, Publicis Groupe announced that its much-discussed global AI platform Marcel will be developed with the help of one of the world’s largest and longest-standing tech companies—Microsoft.

Publicis.Sapient will design the “professional assistant” and structure its user experience, while Microsoft will build the platform itself, according to a company statement and an internal memo from CEO and chairman Arthur Sadoun. Bill Gates’ company will help Publicis employees around the world access its “deep technology and AI capabilities” via such products as Azure AI and Office 365.

“At Microsoft, we believe that people no longer just work for companies—companies need to work for their people,” said CEO Microsoft Satya Nadella in a statement. “Marcel embodies that belief. That’s what makes this collaboration so seamless and natural.”

Marcel aims to help drive productivity and creativity around the global Publicis network in several ways, chiefly by helping bring people with complementary skills and experiences together on shared projects even if their offices happen to be thousands of miles apart.

Publicis also claims Microsoft’s resources will allow Marcel to collect and organize the holding group’s “collective knowledge,” thereby enabling the further sharing of data and individual experiences across its team of 80,000 staffers at agencies across the globe.

Late last year, the company also launched an incubator called M-Labs, with which it plans to develop “new collaborative models” for serving clients. Publicis Groupe has yet to reveal details about these services, but chief strategy officer and Publicis New York CEO Carla Serrano mentioned “a knowledge-sharing platform that gets tagged and learns with AI” in an October interview with Campaign.

“I know that many of you have been curious to know what has been happening since we announced the platform last June. And the answer is, a lot,” read Sadoun’s memo. The chairman, who officially took over from Maurice Levy last year, acknowledged “more than a few wrong turns” during the six-month development process for Marcel.

“In a nutshell, Marcel’s purpose is to give all of us the ability to share more, learn more and participate more,” he wrote before elaborating on three distinct benefits of the platform: connectivity, knowledge and opportunity.

Publicis sought out a partner for the project and eventually chose Microsoft after speaking to “the world’s biggest experts,” according to the release.

Sadoun surprised the marketing world and the vast majority of his own employees last June by dropping the news that Publicis would be skipping all industry awards shows for a year in order to develop Marcel and achieve related “cost synergies.” Responses to the announcement were mixed, with some calling it “a publicity stunt” and others suggesting cost savings were Publicis Groupe’s primary concern. Some Leo Burnett employees even staged their own informal protest by covering the agency founder’s name on its Chicago headquarters with an impromptu sign reading “Marcel.”

Sadoun’s memo, however, makes clear that Publicis leadership is dedicated to making the concept a reality with Microsoft’s help. It describes the Marcel project as “a true partnership between two companies who have the same ambition: to radically change the way each of their industries work.”

Publicis has also framed the development of Marcel as a doubling down on its dedication to all things digital, and recent hires play into that narrative. Earlier this month, the group poached digital native and 17-year R/GA veteran Nick Law to serve as its global chief creative officer and president of Publicis Communications.

Publicis noted last summer that it plans to introduce Marcel to the world at its own Viva Technology conference in Paris on May 24. Now we know that Microsoft will be there, too.