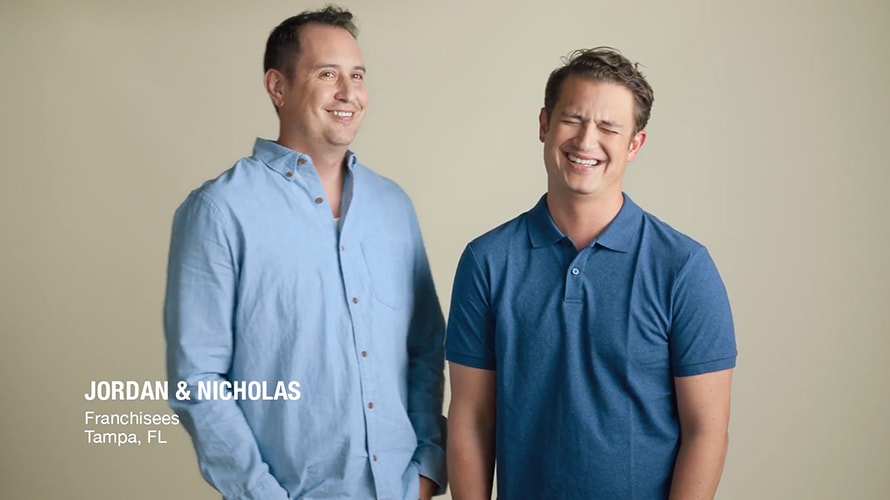 Papa John’s is attempting to regain control of its brand image in the first campaign from new agency of record Endeavor Global Marketing since removing controversial founder and longtime frontman John Schnatter from its marketing materials.

The campaign, called “Voices,” is a tribute to the “real” people—franchisee owners, restaurant managers, drivers, etc.—who form the backbone of the fast-food chain.

That means everyone but Schnatter, who has made a big stink about taking a step back from the company he founded in 1984. Although he relinquished his chairman role in July after it was revealed that he made racist remarks on a media training call in May, Schnatter has since said publicly his decision was a mistake and even launched a website claiming “I am Papa John,” to reach employees and speak “the truth” about his departure (he’s accused former ad agency Laundry Service of “pressuring” him to use the N-word on the May call and later attempting to “extort” Papa John’s for $6 million, all of which the shop has denied).

Meanwhile, employees in Papa John’s new ad seem quite content without him.

Front and center in the new 60-second spot are staff members like Kiersten Bates, a general store manager in the Detroit area who lost both her parents in a six-month time period and leaned on her Papa John’s family for support, according to the company. There’s also the director of operations in El Paso, Tex., and the director of brand and quality in Moscow, all highlighted as the “real faces and voices behind our pizza box.”

Additional profiles of individual employees, like that of franchise owner and pizza lover Alaura Harper, live on the company’s “stories” webpage. The page also promotes the company’s efforts to “do better, together,” such as its diversity and inclusion initiatives.

“We are excited to highlight the many voices that speak for our company,” Papa John’s said in a statement on the page. “Much like Better Ingredients. Better Pizza., our people are the key ingredient to a better company. They are the people who own and operate our restaurants in your communities. They are your drivers, your store managers, the people making the food you serve to your family and friends. It’s time we tell their stories.”

The company continued, “Moving forward, you’ll continue to see and hear from those who make up our family. Diversity and inclusion must, and will, be at the core of everything we do. It’s more than an initiative, it’s a company-wide effort to celebrate our values. … As we continue to ‘Do Better,’ we will reinforce this spirit of unity where all people are respected, welcomed and celebrated as their authentic selves within our walls and the communities we serve.”

The new spot was directed by Ramaa Mosley, the writer and director of the Afghan segment of “Girl Rising,” a 2013 documentary that spotlighted the horrors girls worldwide endure to gain an education.

The big question moving forward is whether this campaign can effectively touch the heartstrings of consumers. Last month, Papa John’s blamed Schnatter for a 6.1 percent same-store sales decline in North America in the second quarter of 2018, but the company’s problems seem to go deeper than an arrogant founder.

After the Schnatter controversy made headlines, Forbes published a longer story revealing a “toxic culture” across the company’s leadership team. Bozoma Saint John, who was named CMO this summer, has said she will hold Papa John’s CEO Steve Ritchie accountable to his commitment to better the company.

“It has to be cultural and deeply moving … the 120,000 employees of Papa John’s are not defined by one individual,” she said. “How can we as EGM not just create a new narrative based on a value proposition, but convey what is truly inside Papa John’s?”