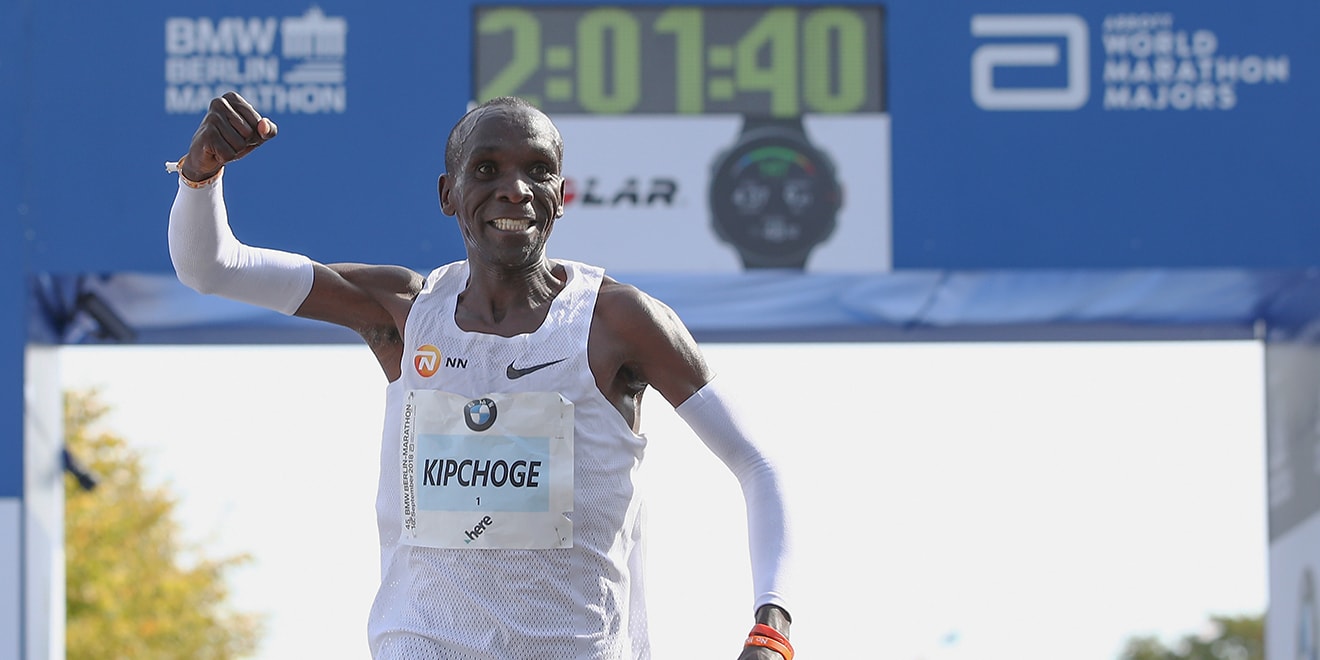 The Kenyan long-distance dominator fell heartbreakingly short of the goal, crossing the finish line just 25 seconds over two hours on May 6, 2017, and Nike opted not to make another attempt. But Nike execs said they believed all the innovation and effort, especially on Kipchoge’s part, could end up changing the way marathons were run and won.

On Sunday, Kipchoge might have proven those optimistic predictions right. He didn’t just win the Berlin Marathon; he shattered the world record by shaving one minute and 20 seconds off the time set at the same race in 2014 by fellow Kenyan Dennis Kimetto. Kipchoge finished in 2 hours, 1 minute and 39 seconds. (His Breaking2 time, while better, was not an official record per the sport’s governing body.)

Nike clearly believed such a historic race was on the horizon. In its 30th anniversary Just Do It spot that debuted earlier this month, we see footage of Kipchoge as narrator Colin Kaepernick says: “Don’t try to be the fastest runner in your school or the fastest in the world. Be the fastest ever.”

Then, a day before his Berlin run, Nike and Wieden + Kennedy Portland rolled out a full ad dedicated to Kipchoge. You won’t see too much of him in the ad, but that’s because the ad puts you in his sneakers:

While minimalist, the ad is also patient and hypnotic. It captures the vibe of rhythmic determination that defines distance running, and while it likely won’t get audience’s hearts pumping like a highlight reel of high-powered tennis volleys and bone-rattling NFL plays, it’s still got a quiet power of its own.