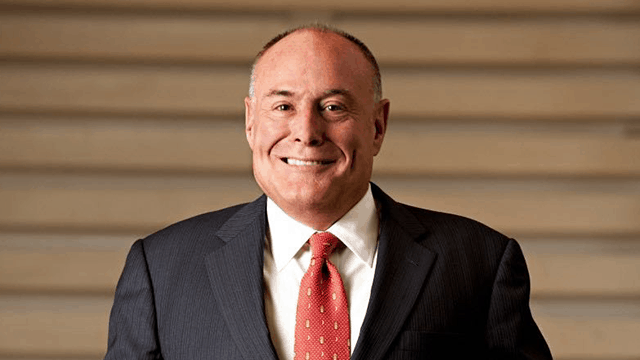 Has anyone told you lately that the ad industry is dying? Jim Heekin has heard that one so many times that it’s almost funny.

This week, the executive chairman of Grey, who led that WPP network for almost 14 years before Michael Houston assumed the CEO role in 2017, announced his retirement after four and a half decades spent in a business he once described as “the last place I wanted to be.”

Adweek spoke to him about the ups, the downs, myth versus reality and working with two very different celebrities: Martin Sorrell and James Patterson.

This interview has been edited for length and clarity.

Adweek: What have you been doing since moving to the executive chairman role?
Jim Heekin: [Laughs] We’ve had a fairly lengthy transition; it’s been about a year and a half. One of the reasons for that is that when I looked around and said, ‘okay, it’s time, and Michael is the guy,’ I thought about my years in the business and realized that I had very rarely seen what I would describe as a good transition. I really was obsessed with doing it right, and a big part of the last year and a half has been seeding it: letting Michael make all the calls and backing off considerably, but being there every day for advice, counsel, questions and the financial piece of everything.

"David Ogilvy used to give these lunchtime chats at the office, and my dad would bring me in, kicking and screaming, to hear him speak."

Do you feel like you chose the right time to step down?
At this point, [Houston] is 100% running it, and we have spent a lot of time together over the past year; I don’t think I got in his way. I could have left a little sooner, but I think it’s been beneficial for the company and for all involved. We hit a little downtrend 18 months ago along with a lot of other places, but in the last six months we’re seeing that come back dramatically, whether measured in financial, new business or creative terms. We were sixth at Cannes, which isn’t bad for how small we are. I’m not suggesting that Grey is a boutique, but when you compare us to McCann or Ogilvy, we’re half the size. So we punch way above our weight.

Can you talk about how you got into advertising in the first place?
I grew up in New Jersey, and my dad became the (very young) president of Ogilvy. He absolutely idolized David [Ogilvy]. David used to give these lunchtime chats at the office, and my dad would bring me in, kicking and screaming, to hear him speak. The parquet flooring in our house was even modeled after David’s. But dad was part of the Mad Men era, and my reaction to all of that was it was over the top and I would just as soon do something a little different. I did avoid it by becoming a teacher until I got the biggest raise in the school that year. It was $800, which took me to $11,800, and I thought, holy shit, this isn’t going to work. I’ve been a psych major and an English major. I love understanding people and what makes them do the things they do, and that leads you in a pretty straight line to something like advertising anyway. So I started at JWT at 25 in the planning department and never looked back.

How did your career progress so quickly from there?
I’ve found that if one is good, ambitious and aggressive, and if one gravitates toward problems that need to be solved, advertising is an industry where you can move quickly. I have developed a reputation as a fixer; I like problems. God knows advertising has enough of them—and frankly, [it has] too few really good people.

What’s it like to come into an organization that isn’t doing so well with the goal of turning it around?
The year I left JWT, I was running the agency with Jim Patterson and we had been named agency of the year. I went to McCann because Bob James, who was then CEO, said, “We’ve got to fix North America. We’re just not getting it done.” They had every multinational under the sun, it seemed like a great big step, and Martin [Sorrell] had just bought JWT, so it was a funky time. McCann was a very strong culture that didn’t receive outsiders easily, so I had my work cut out for me. You’ve got to come in someplace and really, really wrap your arms around that place. The people need to understand, even though they are fearful because they know that you are going to make change, that you’re there because you want to be there. You’re going to be fair, but at the same time you’re going to be unyielding in the drive for quality.

How was Grey different?
Creativity was a real add-on to the culture, because it just wasn’t that kind of place. My vision from day one was we are going to be considered as good creatively as BBDO or you name the agency. And I think we’ve been able to make that argument. McCann and Grey were reasonably similar in that neither was known at all for its creative product. McCann was a real rough and tumble, Irish mafia place; [Former Grey CEO] Ed Meyer was a one-man band. But both companies realized that they wanted change, and I must say I had tremendous support at both. The difference at Grey was that I knew it was my last stop.

The inevitable question: How was working for Martin Sorrell?
Look; Martin is difficult. There’s no question about it. But I personally grew to absolutely love him. We disagreed and fought a great deal, and I found that he respected me for that. I always thought I drove myself pretty hard, but he outdid me. And he had a great sense of humor.


Can you give us an example?
About a year into my time here, he told me during a budget review that Grey’s numbers were still not good. And I said, ‘no shit, Martin.’ [Later] he asked me, ‘Jim, what keeps you up at night?’ And I said, ‘Martin, my biggest fear, honestly, is that you understand so little about what really is involved in running an ad agency that you won’t give me the time to fix it.’ He reared back and laughed so hard for about five minutes. 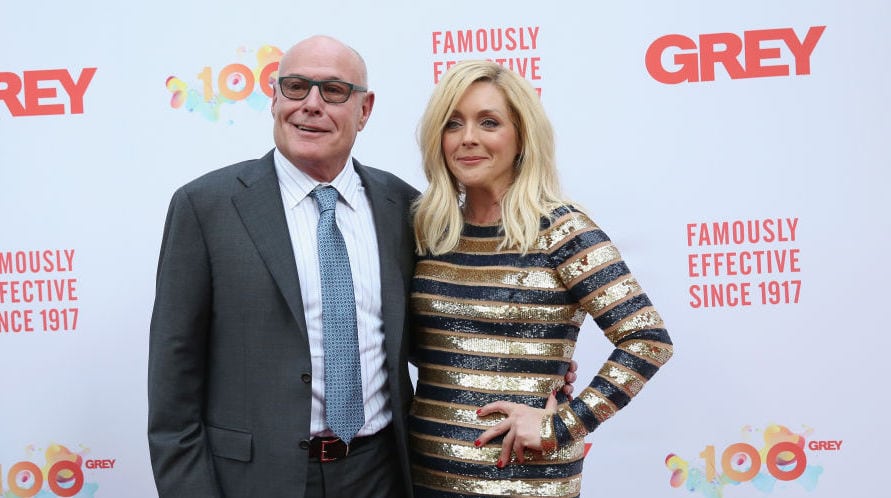 What has been the high point of your career?
I’d been [at Grey] two or three years, and we had turned around the financials, but we had not won a huge global pitch—and bingo, Gillette went into review. Every agency in the P&G stable, including BBDO and Wieden + Kennedy, was in it. It was an eight-month pitch, and, to make a long story short, we won it going away. That was the only time Martin ever came into my office in 14 years; he walked in with bags of champagne and a Gillette baseball hat.

Do you think Sorrell is the last of the big personalities in this business?
Certainly, that era has been on the wane. Superstars come and go, and they always will. But in general, I think that the advertising agency business has become more corporate, and that takes a little bit of the personality and the color that we all associate with the past out of the whole thing. Some character is going to come along and be the cat’s pajamas, but Martin was a singular figure.

Back to James Patterson, most people now know him as the bestselling author of books like Kiss the Girls, but he was also your creative partner.
Patterson and I got on well; we are both driven, Type A personalities. We shared a conference room and I regularly soothed the battered egos of our creative troops. We still have lunch once a year, and Jim tells me how much he’s mellowed. I was an FBI agent in his early Alex Cross books, which was a blast, and a lot of his co-authors are people we worked with back in the day.

"Look, Martin Sorrell is difficult. There’s no question about it. But I personally grew to absolutely love him."

What has been the most challenging point in your career?
I’ve been CEO of three global agencies, and I think you see the good, the bad and the ugly when you’ve been around that long at the top. In a couple of instances, it’s been very hurtful and difficult to recover from. It’s made me stronger and better, and I’d rather leave it at that rather than mentioning names.

How many times have people told you “advertising is dead”?
If I had even a nickel for every time. That’s a constant discussion, especially in the last 10 years. Look; what I call marketing communications is changing, and it’s changing radically. I watched it change in my dad’s time—he was at the forefront of television, and David Ogilvy was the end of print. They wrote thousands of memos back then about how TV was going to ruin everything. There are those who are really torn apart by it [now] and who, frankly, are going to get left behind. It’s not dead; that’s silly. Advertising as we knew it—the great big firms like the ones we all know—that’s changing. But I don’t think there’s any less need for really great creative thinking and ideas than there ever was.

What are the biggest challenges facing agencies today?
The implications of technology on the traditional agency business can’t be overemphasized; you feel it every day. The other is what’s happening with remuneration. You can’t simply continue to cut fees and margins for agencies the way way we’ve seen and still have a partnership. At some point, it’s got to hit bottom and there has to be some reconciliation.

On that note, what will you miss most about working in the agency world?
I’ll definitely miss being part of a really tight-knit team. And my one ego statement: I love leading. I’ll miss the people and the action of competition and pitching. I thrive on it.