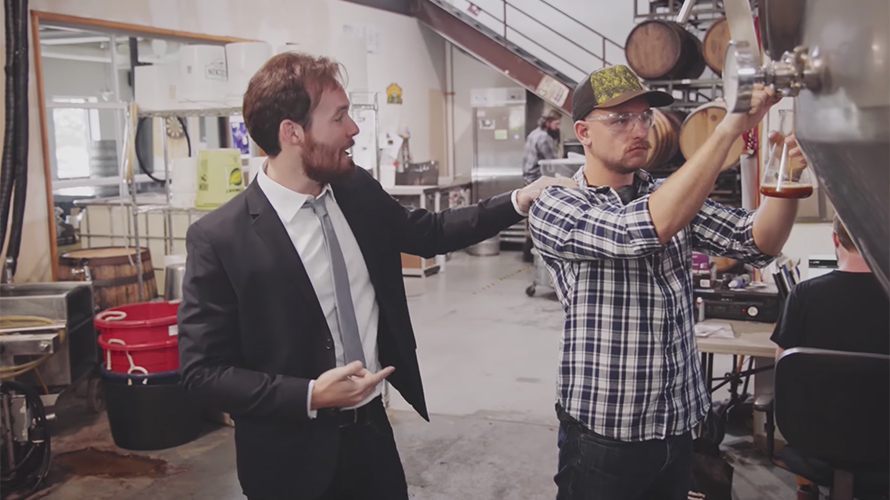 The Brewers Association has released a tongue-in-cheek video to promote its crowdfunding efforts. YouTube: Take Craft Back

It’s the largest crowdfunding effort ever and even its backers realize it has the slimmest chance of possibly succeeding.

So why is Sterling-Rice Group (SRG) helping the nonprofit Brewers Association in an effort to crowdfund a purchase of AB InBev, the world’s largest brewery, for $213 billion?

SRG executive creative director Adam Wohl told Adweek the campaign grew out of the ways in which AB InBev and other macrobreweries responded to craft’s increase in market share, namely, buying up independent breweries and forging “relationships that enabled them to have a little more control of the production of beer, control of the distribution of beer and control of ownership of hops.”

Back in March, the California Department of Alcoholic Beverage Control reached a $400,000 settlement with AB InBev over alleged “pay-to-play” activities with Southern California retailers, following an investigation by the organization. Last year, the U.S. Department of Justice investigated the company over incentives designed to encourage distributors to sell more of its own brands.

Last October, of course, AB InBev acquired SABMiller in a deal worth around $100 billion.

“There is no doubt that competition has been reduced by ABI’s past history and some of its recent business practices including the purchases of 10 formerly independent craft brewers starting with Goose Island in 2011,” Brewers Association craft beer program director Julia Herz explained to Adweek, also citing “their investments in Oct.co, BeerNecessities.com, RateBeer.com, Northern Brewer homebrewing and many other diversifications of their business model.”

A tongue-in-cheek video entitled “Join the Movement—Let’s Take Craft Back!” features a craft beer enthusiast named Andy walking through a microbrewery while praising such small businesses for “doing something for America, apart from just putting the word on a can,” an obvious nod to a certain Budweiser packaging decision.

It concludes by announcing the plan to “buy the biggest of big beers … before they buy any more of us” and directing viewers to TakeCraftBack.com, where they can pledge a donation (to be payed only in the unlikely event that the effort succeeds) and receive a variety of merchandise.

“A part of this is swag we wanted to provide,” Wohl explained. “It’s a walking billboard. It’s bearing the logo and hopefully generating support from other people.”

Another video features Herz introducing the campaign to brewers and sharing “5 easy ways to get involved.”

For its part, AB InBev did respond to the “Take Craft Back” effort.

“We can take a joke!” Anheuser-Busch vice president of communications Gemma Hart told Forbes in an email. “While the fake money for this campaign ‘piles’ up, we will keep focusing our donations on giving back to communities across our country.” 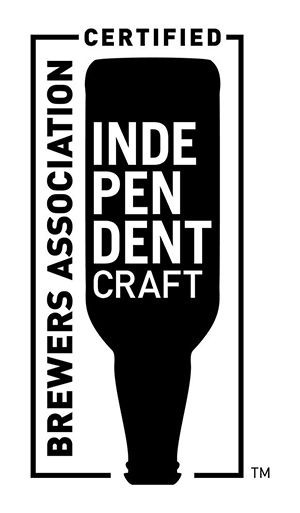 “Independent craft breweries have responded in a big way by putting it on their labeling,” Wohl said. “We really wanted to do something to reinforce that and to remind people of the fact that that’s there and they should be looking for it.”

So far, some 2,405 independent breweries have put the label on its packaging, and many more are planning on rolling it out in the coming months, according to Wohl. He cited various reasons for breweries not adopting the label, including breweries who only release beer in cans objecting to putting a label featuring a bottle on their beer.

Wohl explained that the “Independent Craft” label featured an upside-down bottle in reference to independent breweries turning the industry on its head.

In creating the campaign, Wohl said SRG asked themselves, “What would be the most unexpected, outrageous way that we could make a statement to show that these people are unified, they’re for real and they want to turn things upside down?”

Herz called the campaign “part of a lighthearted yet serious campaign to combat tremendous threats to our beer culture.”

“ABI represents more than 40 percent of the overall U.S. beer market (42.7 percent in 2016),” she added. “Its local beer distributors are the dominant distributors in most U.S. areas … and they own or control more than 500 of the 1,000+ active distributor business that sell beer to stores and restaurants.”

AB InBev is actually an associate member of the Brewers Association and Herz stressed that “There are many areas that Big Beer and small can, should and do work together.”

Wohl said that future extensions of the effort aimed to “reinforce the seal” with upside-down tap handles in bars, as well as signs for bars and liquor stores.

“When it comes to the campaign proper,” he added, “There is absolutely more to come with regard to this arc and this story.”