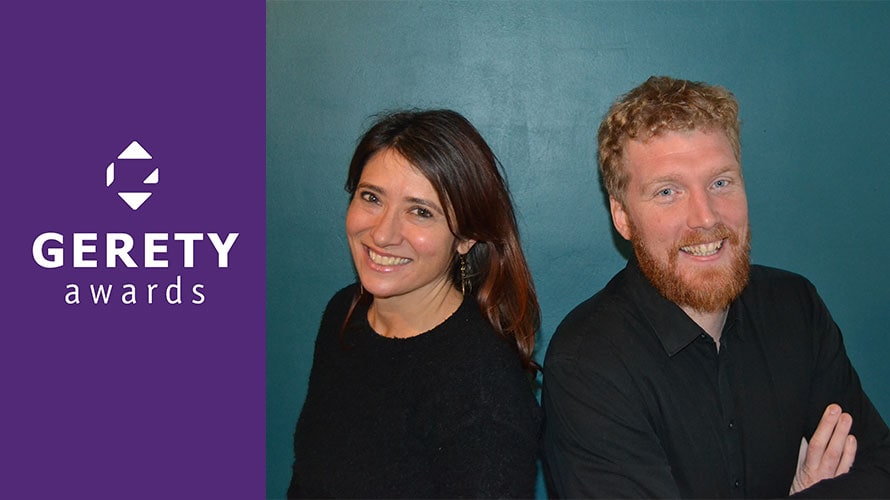 The Gerety Awards, named after famed copywriter Frances Gerety who crafted the slogan “A Diamond is Forever,” will announce its shortlist, decided by its executive jury, during the first day of the 2019 Cannes Lions Festival of Creativity on June 17. As if to further disrupt that event, the Gerety organization will also throw a party for shortlist winners during the Cannes Festival. (The Gerety Awards is not affiliated with Cannes Lions.)

Participants can apply to its nine categories on the Gerety Awards website for entertainment, craft, communications and one category that even judges on professional portfolios, among others, according to Brooks.

Executive jury sessions will take place in 10 global cities: London, Hamburg, New York, Mumbai, Paris, São Paulo, Stockholm, Beirut, Amsterdam and Sydney. Each city will have 10 executive jurors. In mid-July, a grand jury will then announce the winners, who will receive unspecified prizes.

The Gerety Awards’ founders state that it is unique in two ways: it is more condensed than most awards shows that feature hundreds of categories, and members of its executive and grand juries are all female.

“I don’t think it is a coincidence that the most awarded work in our industry is usually sports brands, beer and/or male grooming products,” said Caitlin Ryan, EMEA regional creative director for Facebook and Instagram. “Ads that are made by and for young men. Guess who’s judging the work—young men.”

Brooks said out of 135 women he asked to be a part of the awards show, either as judges or ambassadors, 130 agreed to participate. He noted that Gerety won’t be making any formal announcement about having an all-female jury because “it should just be normal.”

“I would imagine Cannes will have a 50/50 [male-to-female ratio] on their jury, which is great,” Brooks said. However, he doesn’t think there should be an announcement about it. Cannes doesn’t “deserve a clap on the back for doing something wrong for so many years. If they were serious about diversity, they would have 60 percent women on their jury and they wouldn’t say anything about it,” he explained.

Brooks added that it will be interesting to see what an all-female jury chooses for the shortlist, at the same time Cannes is kickstarting. Whether their decisions align with Cannes judges or not will make for a good discussion, he said.

He said this will be an annual event and is in no way a gimmick.