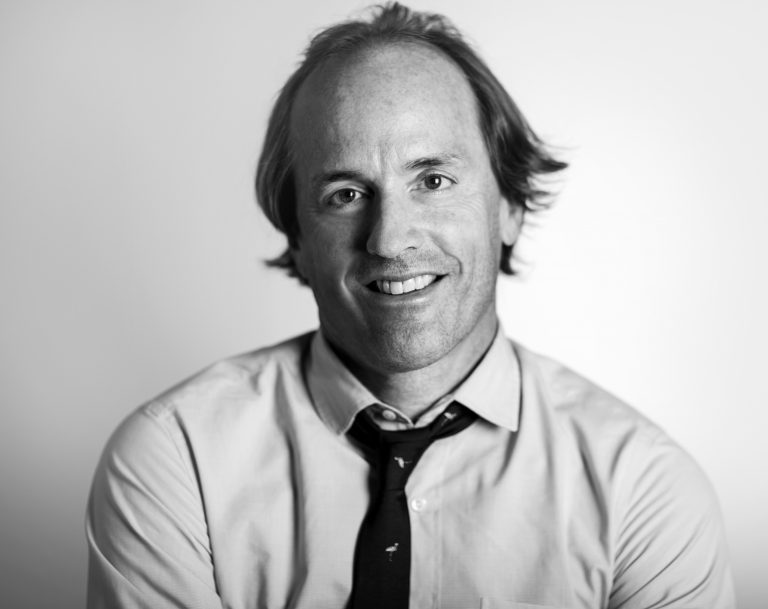 Alexander left the agency last week after more than 26 years. The Martin Agency

Joe Alexander, the former chief creative officer at The Martin Agency of Richmond, Va., left the company last week after several sexual harassment claims about him were made with the agency, according to multiple agency veterans who spoke to Adweek.

Alexander spent more than 26 years with Martin, serving in the top creative role since 2012. During his tenure, the agency was best known for its award-winning work for such clients as Geico and Walmart. Alexander denies all allegations of impropriety, stating that they are “false.”

Eleven individuals, including 10 women and one man, talked with Adweek about their experiences working with Alexander, who is married with children. Several said they reported concerns about his behavior to the agency, citing incidents as far back as the late 1990s. According to one woman who worked there in the 2000s, his nickname among some staff at the time was “HR Joe.”

“There are instances when we’re unable to provide details in deference to the request of individuals who have come forward to report actions of others that are inconsistent with our values and guidelines,” said an agency spokesperson.

“We have demonstrated consistently that when we are made aware of behavior by individuals that run counter to IPG’s values and guidelines, we take swift action,” read a statement provided by the agency’s parent company. “In this case, as soon as IPG was made aware of these allegations, we made sure that the right action was taken. We continue to look into the manner in which this situation was handled.”

Alexander is denying the claims against him and said he chose to leave.

“The allegations you are reporting on are false. All of them,” he said. “The Martin Agency is my family. Rather than a drawn-out, hurtful investigation, resigning was the proper thing to do to protect my family and all the people I’ve worked so closely together with in my 26 wonderful years. I will always love that place and people who make it so special. Please respect my privacy during this very, very sad time.”

Most sources asked that their names not be included in this story, saying they feared retaliation that might damage their careers. The only exceptions are former vp, associate creative director Sissy Estes, who worked at The Martin Agency from 2007 to 2012, and senior art director Daniela Montañez, who worked there from 2007 to 2013.

Estes told Adweek that she approached late agency president Mike Hughes about what she believed was a brewing problem in 2012, the same year Alexander was promoted to chief creative officer. She told him the newly installed CCO could not continue hitting on women. “Mike said, ‘OK,’ and I got laid off three weeks later after logging a 100-hour week,” she said.

Three individuals said that when they complained about Alexander’s conduct several years ago, they were told to resolve their issues with him directly. Montañez approached human resources in 2012 to let them know that she was uncomfortable working with Alexander. “I was told to speak directly to Joe,” she said, adding that a manager then told her, “I’m sure you’ll be happy wherever you choose to go.”

Regarding these specific comments, the Martin Agency representative said, “Everyone’s recollection from four years ago will be different. We can say, however, that it’s never been our practice at the Martin Agency to tell an employee to address issues that made him/her feel unsafe or threatened directly with the person who made him/her feel that way. Our employees have always been our top priority.”

At least one employee’s complaint to the company was settled in 2013 for an undisclosed sum. Attorney Tara Hanley, partner at the Dallas law firm Markland Hanley LLP, confirmed that one of her former clients “did have a matter” involving The Martin Agency and Alexander that year.

According to nine sources with knowledge of the story—two of whom worked at the agency at the time—a woman in the creative department accused Alexander of sexually harassing her and then firing her after she repeatedly rejected his advances. The sources who spoke to Adweek also said the settlement forbid the woman from working for the larger Interpublic Group again in any capacity. According to her online resume, she has not held a full-time job since being dismissed in 2013.

The Virginia law firm that represented The Martin Agency in connection with the former employee’s claim did not respond to a request for comment, and the agency declined to comment about the matter.

Two additional women told Adweek that Alexander made improper sexual advances toward them. One, a former executive, said he passed her his hotel key and invited her to his room to have sex during a business trip. They were both married at the time. She told multiple co-workers about the incident, and three of them separately confirmed the story for Adweek. One said this was Alexander’s way of “testing the waters” with women he found attractive.

Another former worker said Alexander joked about threesomes and at one point propositioned her.

Three other former employees said Alexander regularly belittled co-workers, telling multiple women that they needed to lose weight and commenting on the size of their breasts in front of male colleagues. They allege that he once described a black female employee as “chocolate thunder” and frequently told Mormon staff members that no one wanted to spend time with them because they wouldn’t drink alcohol.

IPG’s Response to #MeToo
The Martin Agency’s parent company was quick to respond to national concerns about harassment in workplaces. After The New York Times and The New Yorker ran explosive stories about Harvey Weinstein in early October and inspired the #MeToo movement, IPG CEO Michael Roth issued an all-staff memo proclaiming that his company has “zero tolerance” for sexual harassment and encouraged employees to call a 1-800 “IPG AlertLine” to anonymously report misbehavior.

But the former employees who spoke to Adweek said they weren’t aware of this resource when they worked at The Martin Agency, despite the fact that it has existed for nearly 20 years.

One former employee told Adweek that she and several of her colleagues filed complaints about Alexander on Thursday. The next day, a spokesperson confirmed that he was no longer with the company but declined to discuss the reason.

“Had we known about the 800 number [when we worked there], none of this would have happened,” said Estes. “This has been happening for decades.”