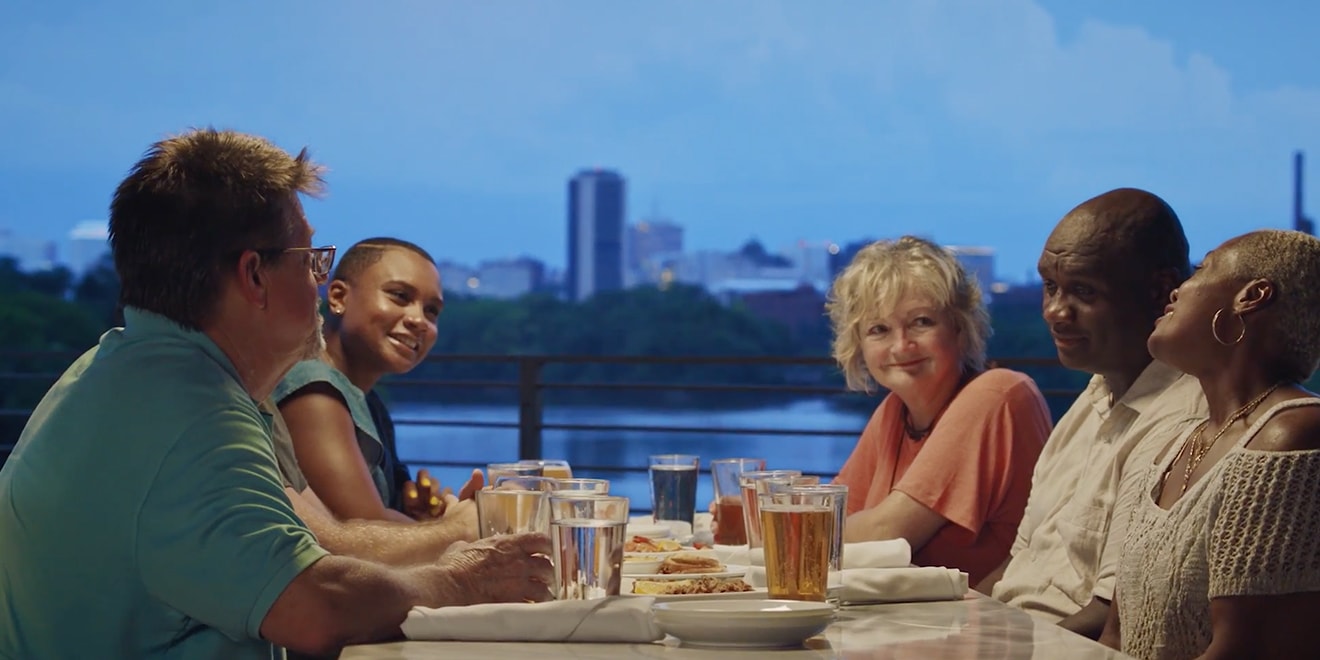 The new spots for the Virginia Tourism Corporation are focusing on real families and the socioeconomic and politicized struggles they deal with. Virginia Is for Lovers

Developed almost 50 years ago when the agency was still known as Martin & Woltz Inc., The Martin Agency’s “Virginia is for lovers” has stood the test of time, becoming one of the most iconic tourism slogans ever created.

Virginia Tourism Corporation moved its account to BCF in 2006, but in the wake of the white supremacist rally in Charlottesville that ended in violence during the summer of 2017, The Martin Agency transformed its iconic tagline into “Virginia is for everyone” and added the hashtag #StandForLove in a message that ran across social media, a homepage takeover and a sign outside the agency’s headquarters.

Virginia Tourism Corporation then returned its account to The Martin Agency last December for an assignment that began at the start of the year.

The Martin Agency has introduced the next evolution of “Virginia is for lovers,” with a new campaign entitled “LoveShare,” which brings together different groups of real people for a variety of scenarios grappling with issues of race, sexual identity and class.

“Seeing what happened in Charlottesville last year … We wanted the chance to get that message out there and let people know that is not what this place stands for,” The Martin Agency associate creative director Mik Manulik told Adweek.

“Virginia Tourism, in terms of how they approach what love means and what that tagline means, is looking to redefine those things,” added fellow associate creative director Scot Crooker. “To be able to do what we’re doing with this client—as we’re redefining ourselves, as the entire industry is trying to redefine itself—is all pretty great.”

Broadcast spots will roll out this month locally in strategic locations on the eastern seaboard while long-form ads online will delve more deeply into the individual stories. The campaign also encompasses print and social media components.

“Jena and John” features an interracial couple whose families take a vacation for the first time together. While showcasing the families bonding over food and a tour of Hardywood Park Craft Brewery, the spot transcends typical tourism advertising with an honest look at the dynamics of the families, such as when Jena’s mother expresses that she was initially concerned over how her grandchildren might be treated.

Another ad, “Jared and John,” shows a son reconnecting with his father over Chesapeake Bay oysters after years apart, dealing with the difficulties in their relationship following Jared coming out to his father.

A third, considerably less dramatic ad, follows the meeting between a sommelier and a grape grower.

“It’s a very different tourism campaign,” Virginia Tourism Commission president and CEO Rita McClenny told Adweek. “I’ve never seen a tourism campaign that has focused on people that have been put together in circumstances that are meant to solve something,” and audiences are “meant to think about why they’re together.”

She explained that Virginia saw a lot of tourism from repeat visitors who tended to be older, and the campaign was aimed at a younger demographic. 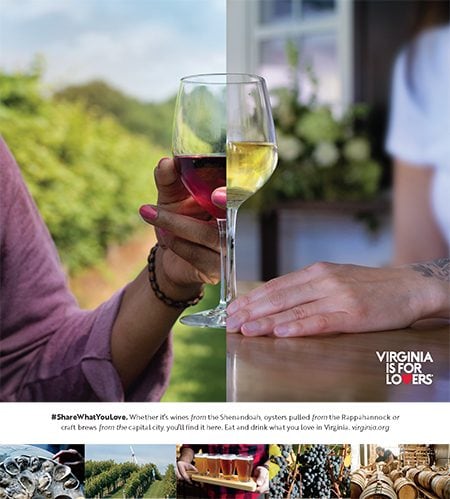 Virginia is For Lovers

It was also a chance, Manulik explained, to “revisit” The Martin Agency’s iconic tagline nearly 50 years after its inception and define what it means in 2018.

“When you get to talk about love, define what that is, it makes sense to represent a place that’s inclusive and loving,” Crooker said. “There’s a lot more to Virginia than those things that might be topical out there.”

“We wanted to talk about some of the bigger topics that we’re grappling with in society right now, finding stories about race, about socioeconomics and about sexual identity, but also tell those in a real, human and thoughtful way,” Manulik said. “We wanted to present a fair and real statement of these people and how they’re finding love in these issues and these divisions … and view that in a way that I don’t think is talked about enough in a genuine and authentic manner,” while also “showing how it’s the simple things, like really good food and good drink that can bring people together.”

Manulik said that the authenticity of the ads derived, in part, from the decision by the agency and Virginia Tourism to follow them through and “not steer [the ads] to the conclusion that we wanted.”

“The hope and the belief was that [if] we bring these people here and immerse them in some of the things that make us human … we felt pretty confident that it was going to do something for the people involved,” Crooker said. “We felt like this is a chance to prove what it means to say ‘Virginia is for lovers’ versus talking about it.”

The campaign is also notable for its portrayal of groups historically underrepresented in advertising.

“When you talk about the question of the interracial couple and how race is dealt with in our country, that seems to be the preeminent issue of our society, so that was pretty natural,” Crooker said. “There’s been a lot of conversation about race but to be able to have that conversation within a tighter family unit is a much more interesting way to be able to … explore how we all interact with it.”

“Conversations about race and sexual identity and socioeconomics are more prevalent than ever,” he continued. “I think all of us are taking a step back and thinking about these things in a more serious manner. To do that, even in our industry, is important.”

The campaign’s social initiatives aim to spread the inclusive message further, and the hope is that there are many more “LoveShare” stories to tell.

“This is just the beginning, hopefully, of a much bigger, longer conversation,” Crooker said.