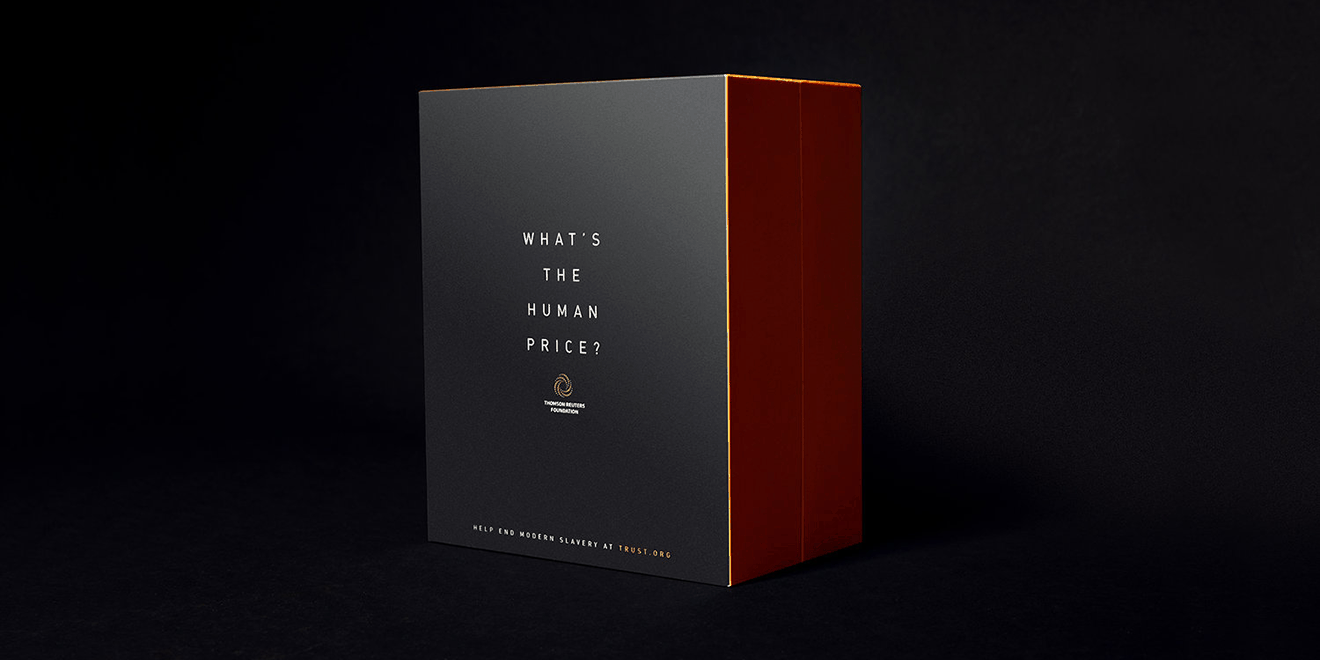 Electronic devices have become ubiquitous to modern existence, but they come at a serious cost.

This past May, TBWA\Chiat\Day teamed up with Thomson Reuters Foundation and YouTube influencer Jacques Slade for an “Unboxing the Truth” video which utilized the popular format of unboxing videos to spread awareness about modern day slavery and its link to the fashion industry.

In its follow-up effort, the agency focused on electronics, turning to tech influencer and Unlockr founder David Cogen to bring the unboxing approach to a pair of unique headphones.

Details of the packaging and headphones reveals eye-opening facts and statistics about modern-day slavery. The back of the box lists $90, for example, as “the average cost of a slave today.”

Writing inside the box highlights that 40 million people around the world work for “little or no pay” and are “controlled by threats, debts and violence.”

As Cogen continues to unbox the “Slavemade” headphones, he reveals more and more uncomfortable realities about the relationship between modern-day slavery and such devices.

TBWA chose to highlight electronics for a reason. According to an insert in the box, some 80 percent of electronic companies don’t source the countries of origin for the materials they use—an oversight that turns a blind eye to the practice of modern-day slavery, since many of the materials are often illegally mined.

These mines sometimes employ children as young as five. According to the video, 10 children die per month in India’s mica mines, while 40,000 are employed in cobalt mines in the Congo. Despite this, cobalt is still not considered a conflict mineral. TBWA also included a story that plays on the headphones from a former slave who watched his friend die in a mining accident.

“All of us who worked on this project could not get over how astonishing that is,” he said, adding that the agency chose to time the release to coincide with holiday shopping season  so that “consumers will start asking themselves ‘What’s the human price?’ before they click and buy.”

A letter from the Thompson Reuter Foundation calls on Cogen and his viewers to “start asking the right questions” about where materials in electronics are sourced, directing them to the Trust.org website to learn more about the program.