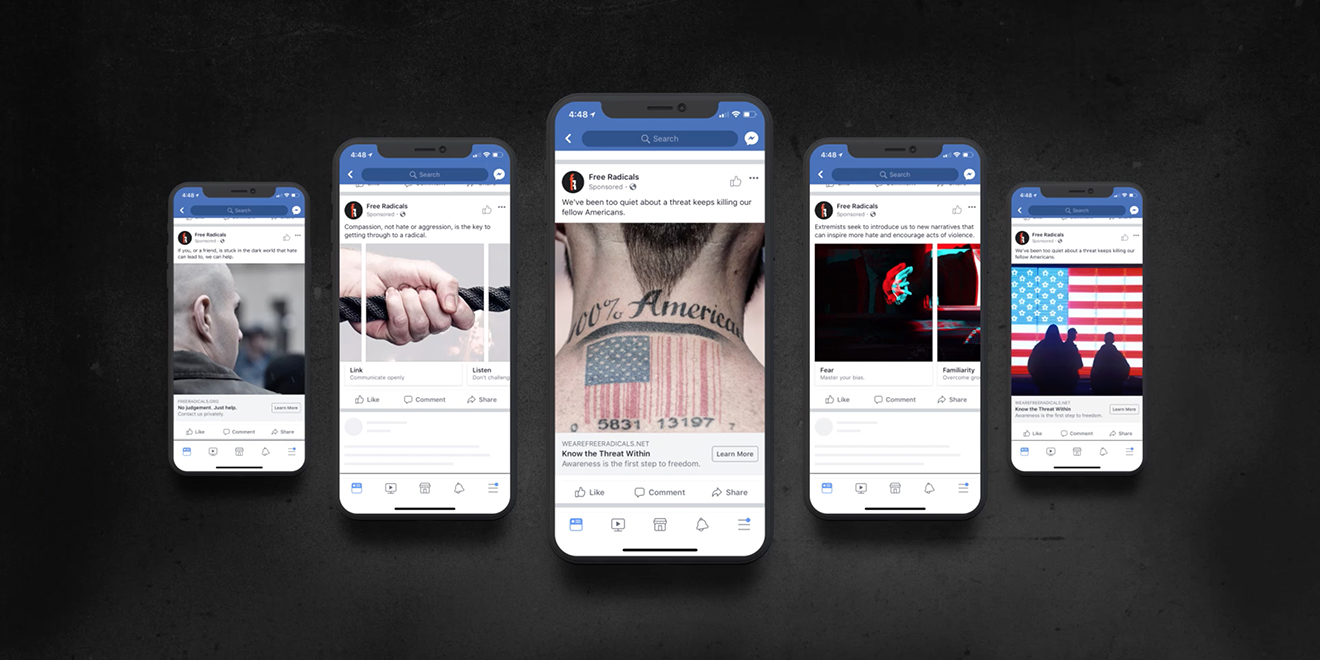 With increased ease of access to potential members and the ability to easily indoctrinate vulnerable individuals with misinformation, it’s now easier than ever for hate groups to recruit new members online. They even have bots to help. But one agency is finding their own unique way to combat hate.

Inspired by insights from Seth Stephen-Davidowitz’s Everybody Lies, in which the author analyzed sentiment via search term data, multicultural agency Alma realized that the path to extremist ideology often starts with searches leading to outlets promoting propaganda and misinformation.

"Hate groups are using media strategically to guide people into places of hate."

“People were using Google as something private, like a confessional,” Alma vp, digital Michael Sotelo explained. “Hate groups are using media strategically to guide people into places of hate … They’re buying media to drive people to their websites without them actually knowing and basically radicalizing them.”

Sotelo added that hate groups are using technology in “very smart” ways that are “very similar” to those used by hate groups coming out of the Middle East. “Their websites don’t look like the crappy websites they used to look like,” he said. “They look like well-polished websites.”

But what if search could also be used to combat these tendencies, by targeting individuals susceptible to extremist indoctrination before they’ve fallen too far down the rabbit hole?

Alma decided paid search was the answer and teamed up with Free Radicals, an organization that helps people leave extremist groups to prevent such individuals from being radicalized.

A team at Alma conducted research in hate-filled corners of the web, such as 4Chan’s politically incorrect board; comment sections on YouTube videos for supremacist music genres such as “fashwave”; publishers including InfoWars and AltRight; and toxic subreddits. The goal: to discover which search terms bring people to such places.

The team began to conduct analysis through tools like Google Trends, asking questions like, “What if we started using and buying these key terms to use for a greater good? What if we bought the term ‘black on white’ crime, which was used by Dylann Roof after the Trayvon Martin case?”

So Alma decided to launch a campaign driving traffic from such searches to a website that provided “a counter-narrative to what these hate groups were doing,” said Sotelo.

After around four months of strategizing around the concept, Alma found the right partner for its passion project in Free Radicals founder Christian Picciolini, a former neo-nazi group leader who went on to found Life After Hate and then Free Radicals. Life After Hate, which Picciolini left in 2017, recently partnered with the agency Possible on a “WeCounterHate” campaign using AI to target online hate speech.

Picciolini explained he was “looking for identity, community and purpose” when he was recruited into the hate group at the age of 14, a lack of which still leaves some young people vulnerable to hate groups’ messaging today.

He said the messaging the groups used to indoctrinate members—attacks on multiculturalism and diversity, as well as the myth of an attack on white culture—are still used today.

Even though the group’s message “never fully jibed” with him, and though he “had questions every day,” a sense of perceived “respect and acceptance and power” were “more important to me at the time than those questions, than reason,” he explained.

Picciolini’s understanding of what draws people to and keeps them involved with hate groups, as well as his experience as a recruiter, gives him unique insights into how the groups operate today—and how to draw people out.

“I used the same kind of fake propaganda and conspiracy theories that are being used today to recruit people back then,” he said. “I would identify vulnerable, marginalized young people in real life on the streets, in skate parks, in front of concerts … places where marginalized, broken, searching kids would be.” 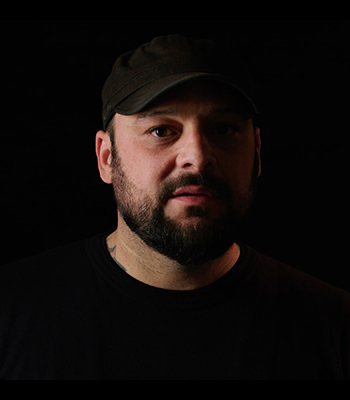