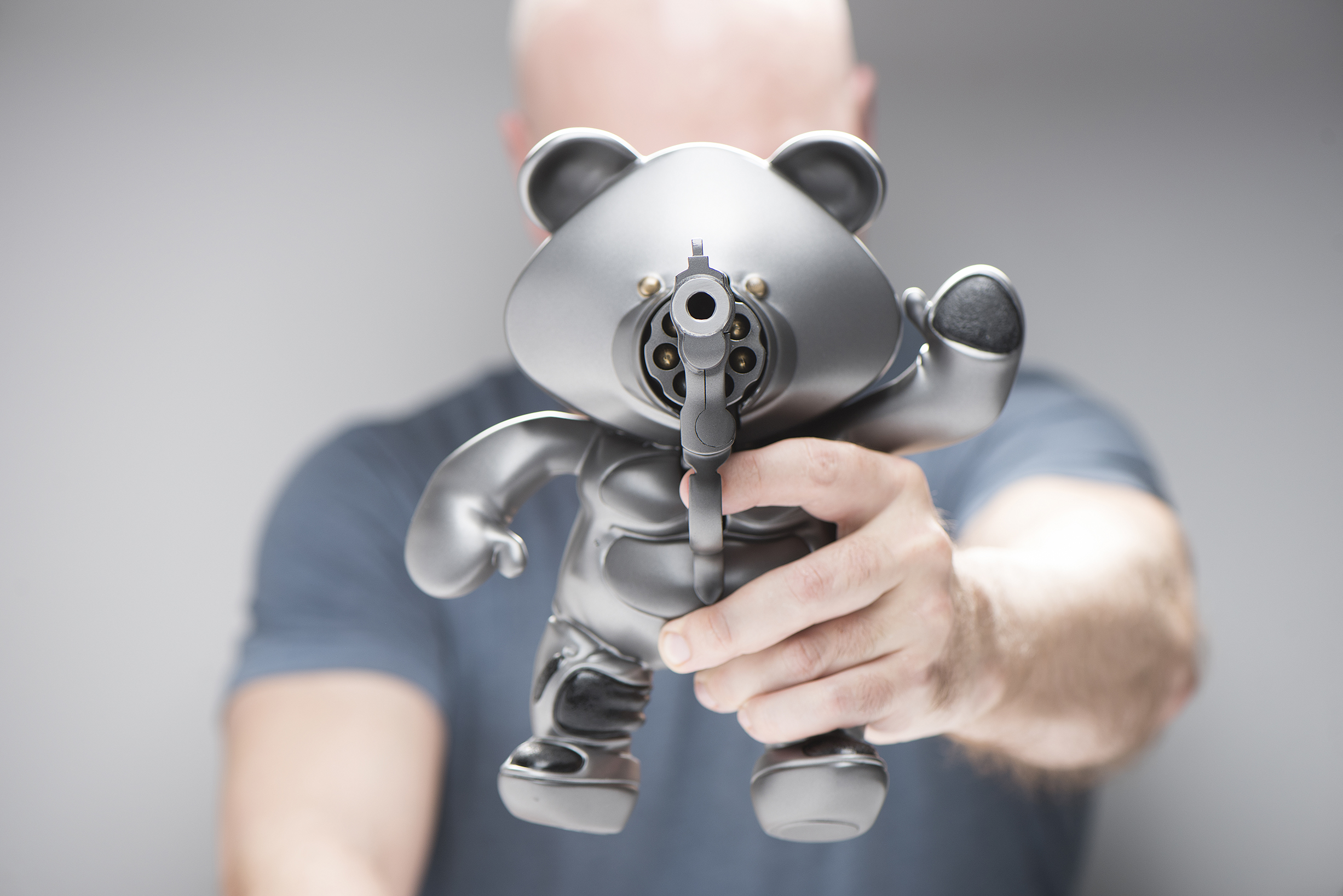 What if teddy bears had the same safety regulations as guns? FCB Chicago, Illinois Council Against Handgun Violence

Everyone knows that teddy bears aren’t as dangerous as firearms. But these classic toys have to satisfy a wide range of safety standards before they make their way into a store, much less a child’s hands. Guns, on the other hand, face few such requirements.

That’s the premise behind a new ad created by FCB Chicago for the nonprofit Illinois Council Against Handgun Violence.

Meet “Teddy Gun.” He’s not as pure as he might seem on first glance.

So why is the act of producing a simple teddy bear so much more complicated than that of making a deadly weapon?

“The Teddy Gun is a profound yet tragically ironic symbol of the absence of government regulations of one of the most dangerous consumer products,” said council executive director Colleen Daley in a statement. “Our goal with Teddy Gun is to raise awareness and encourage elected officials to support measures that can and will save lives.”

The point, then, is that Teddy Gun wouldn’t have to meet so many requirements if his primary function were that of a weapon rather than a toy. And while “key functional elements have intentionally been omitted” to ensure that Teddy will never fire any bullets, the contrast remains striking.

Agency and client have worked together before on projects like 2015’s “The Unforgotten,” which looked to further humanize the victims of gun violence by re-purposing some of the clothes they wore when they were shot.

While new gun control legislation is unlikely to become law in the current American political climate, this potentially lethal teddy bear does serve as a powerful symbol of the double standard applied to firearms.