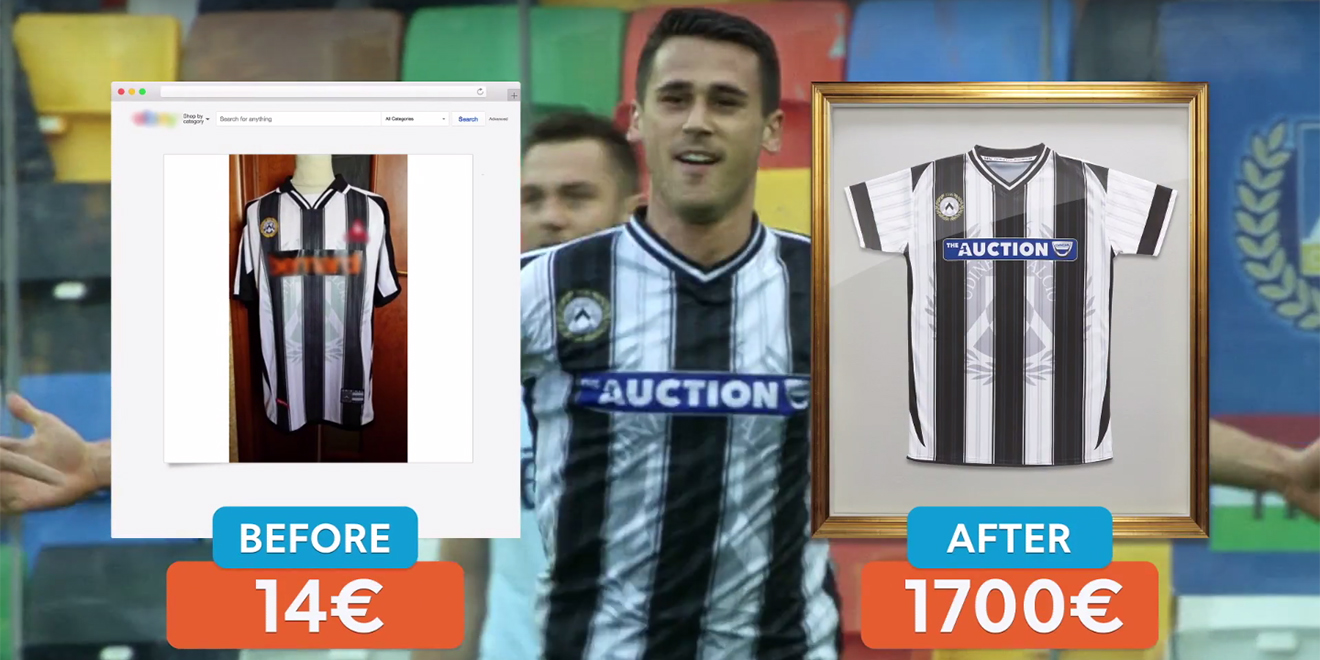 Selling an old favorite soccer jersey online isn’t the easiest way to get rich quick, or even to finance a new personal project you’re trying to get off the ground.

For one game, instead of wearing their usual jerseys, Udinese players wore 11 older jerseys owned by fans who were trying to sell the shirts online in hopes of raising funds for new projects. The jerseys were on pace to sell for about 15 euro ($18) each—until the Udinese players hit the field wearing them.

During the game, fans could place bids on specific jerseys via smartphones, and the amounts were broadcast in real-time both digitally and across the stadium. The game’s star players sparked big boosts in their jerseys’ values.

In the end, the highest-valued jersey sold for 1,700 euro, with most not far behind. The lowest final bid was 550 euro, which isn’t too shabby. The money for each jersey went to the owner who’d been trying to auction it.

Publicis Italy says the goal was to convey that “with Dacia, you always get more than you expect.” But given the publicity generated by the stunt for Dacia—whose name is front and center on the team’s modern jersey—it’s also not a bad way to build some global buzz out of an existing sponsorship.