There’s nothing like a good tailgate party to rally people’s spirits … and win business?

Armed with a food truck, games and a spin-to-win prize wheel, Twitter visited various media agencies in New York City last week to garner support for its live video specifically around sports, as tweets about the NBA Finals and FIFA World Cup were trending.

This mini-tour followed the company’s May Digital Content NewFront presentation, at which Twitter announced it had added 30 new shows encompassing both live and original programming from NBC, NBC News, MSNBC, Telemundo, TODAY and E! News to its lineup. It also came after a profitable first quarter for the social media platform that saw video account for more than half of all its ad revenue as video views doubled compared to the prior year.

“As we look to our agency partners as media practitioners, decision makers and innovators when it comes to digital advertising, we wanted to bring the excitement around the NewFront materials directly to them in a unique, fun and delightful way,” Stephanie Prager, head of global agency development, told Adweek. 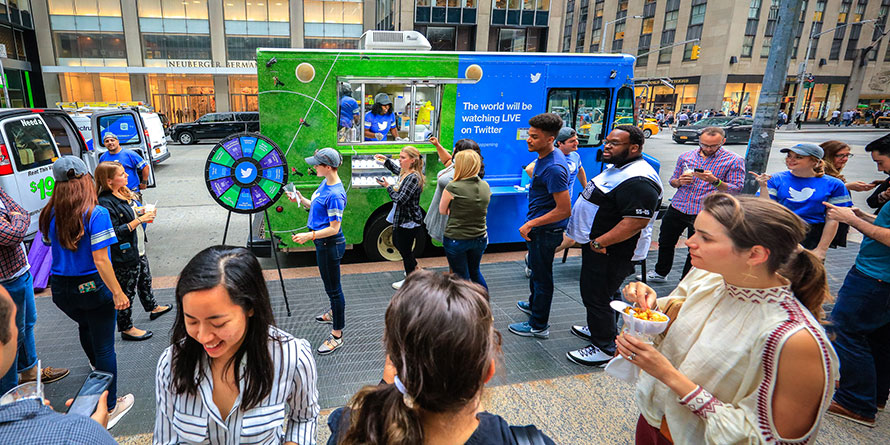 Prager said the #WhatsHappening food truck made stops at all the major media agencies along and near Madison Ave that “are critical to our success,” including Wavemaker, GroupM and PHD. On the trucks, employees came prepared—not only with caramel popcorn and root beer floats, but also interactive ways to showcase Twitter’s live experience, such as product demos and highlights from the NBA Finals.

Prager called the tour a “huge success” with agency employees “lining up around the block” to participate. 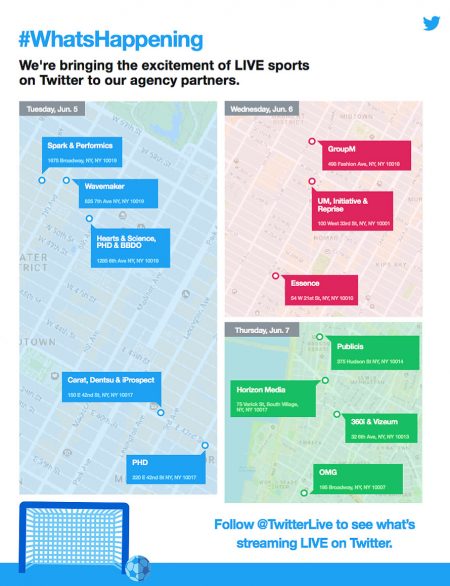 Prager said Twitter will be working “a lot” in the coming year “to make discoverability faster, easier and more personalized.”

Last year Twitter expanded its partnerships with third-party measurement companies including Moat, Integral Ad Science, Nielsen and comScore to better verify audience segments and video ad viewability. That move came amid the chaos of when Facebook was caught inflating video metrics and YouTube’s ads were appearing alongside offensive content.

Prager noted that because Twitter only “relies on premium publishers” like NBCUniversal, Viacom and Vice Media, the platform is a more “brand-safe” option than others.

Plus, Prager claimed Twitter users are unique compared to other social media users in that they come to the platform with “what we call a discover mindset.”

“When people come to Twitter, they have a predisposition to wanting to learn something and discover something new around their interests,” she explained. “We have probably the most influential users on any platform.”

Prager added that media partners have a “unique opportunity” to “intersect” this audience.

“Our video content will continue to be a priority for us,” Prager said. “We’re going to be doing more and more to make it easier for consumers to see what’s happening on the platform through video.” 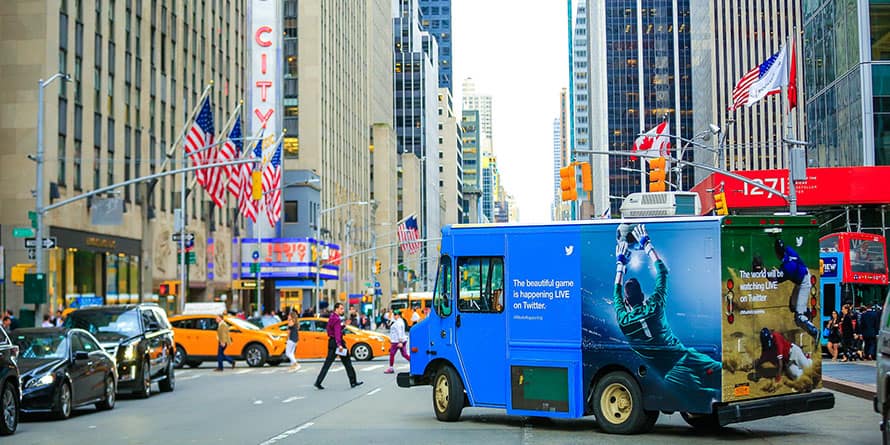