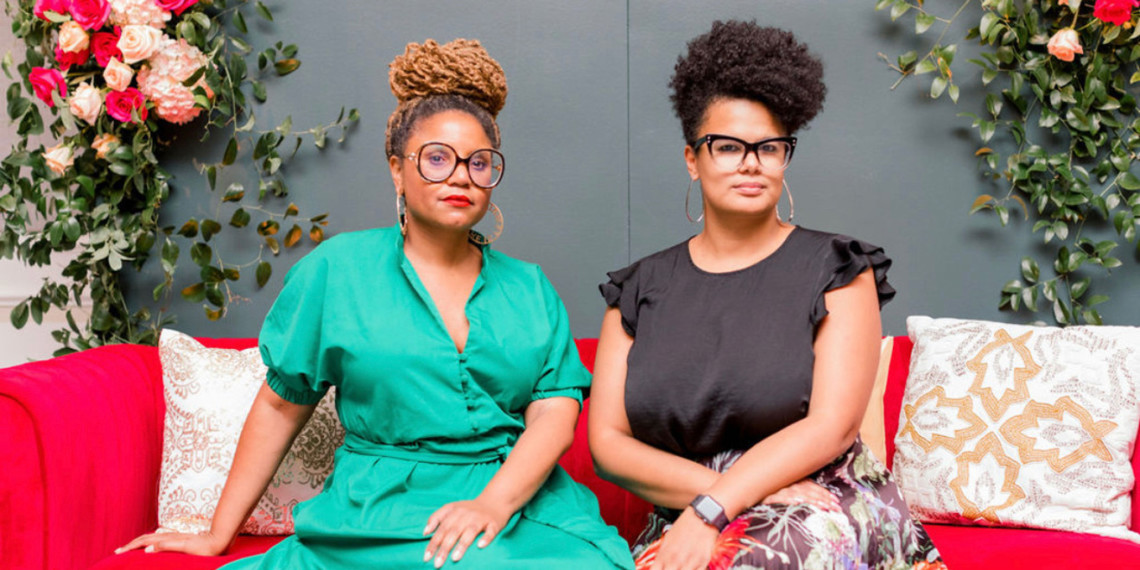 When industry veterans Yadira Harrison and Shannon Simpson Jones founded Verb, a brand consultancy/experiential agency hybrid, in 2018, they combined talents to offer clients expertise for mainstream and multicultural campaigns. In two years, the co-founders have overseen creative campaigns and activations for brands like Lyft, Netflix, CRWN magazine and Nielsen at Cannes Lions.

Before launching Verb, Harrison and Jones met while working at Civic Entertainment Group, where they were vice presidents overseeing the marketing agency’s Airbnb account. They each have about 15 years of experience in the events and marketing industry, with Harrison previously leading advertising and marketing for Macy’s parade and entertainment division and Jones holding director and management positions at various agencies.

Holding executive roles at Civic, Harrison and Jones bonded over issues at forefront of the advertising industry: lack of diversity, marginalization and inaction from leaders.

Here’s what Harrison and Jones shared about their experiences in the industry, why Black-owned agencies shouldn’t be pigeonholed, and what they’d like to see from high-profile agencies and clients moving forward.

Feeling left out at the top

Harrison and Jones said they identify with senior-level Black executives who leave predominantly white companies because they don’t feel they can truly excel in those spaces. While getting their titles at Civic was a major accomplishment, they didn’t feel as if they were truly empowered to use all of their talents.

“Even if we were managing some of the largest accounts in the agency, there were still opportunities we weren’t afforded, meetings we weren’t invited to, and there wasn’t really a good explanation for why,” Jones said.

Harrison added that sometimes they were also singled out for certain meetings because of their backgrounds.

“Even with the titles, there were still some unique situations that those titles didn’t afford me,” Harrison said. “These were some of the things Shannon and I bonded over—not being invited to certain meetings or only feeling like you’re getting asked because of your Blackness or your ‘culture’ to bring to the meeting.” 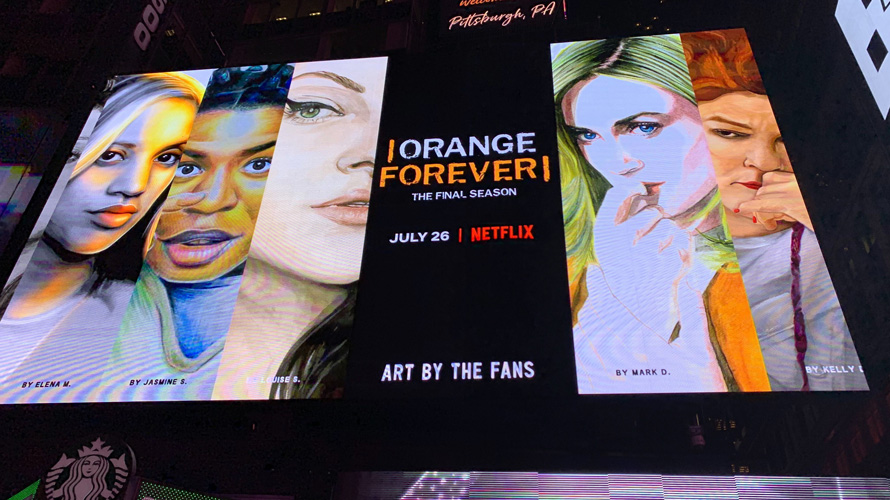 Verb produced a campaign for the final season of Orange Is the New Black, which incorporated fan art.
Verb

When they launched Verb, Harrison and Jones decided to get clients by referral only, as a way to quickly land mainstream projects. They noted that being referral-only has helped them avoid being completely pigeonholed into multicultural projects—which is common for Black-owned agencies that often get the same RFPs.

“It seems like if you are Black-owned, you’re put in the same box because you’re interchangeable. But we’re not a monolith,” Harrison said. “We have very unique points of view. Some agencies are more entertainment focused, some are more avant-garde, some are more influencer-based. There are so many different avenues and aspects to all the work we do.”

Being a Black-owned agency, Harrison said they are still willing to bring an eye to culture for brands. For their most recent campaign, Verb teamed with HBO’s multicultural marketing division to produce “Gathering the Pieces,” an ongoing digital event series for Black and queer people promoting the network’s new series I May Destroy You.

Jones added that being granted a wider breadth of projects is unique for a Black-owned agency, and speaks to why agencies and clients should also begin hiring Black people and POC in more than just D&I-related roles.

“It’s about not limiting their services for just culture campaigns or a response to Black Lives Matter,” she said. “That’s a great start, but that certainly shouldn’t be where the conversation ends.”

Give Black talent a seat at the table

Harrison said she feels Black people often leave larger agencies or production companies because they feel overlooked. She said agencies need to simply start looking at who’s in the room when pitch meetings are being held.

“When there’s an ad campaign or creative that comes up, are there people speaking to it that have a different point of view, and are you listening to that point of view? Are you allowing them to lead and putting them in front of the client?” she said. “Agencies need to think about visibility and safe spaces to have dialogue, and giving folks opportunities to be part of these major projects and not relegated to something secondary.” 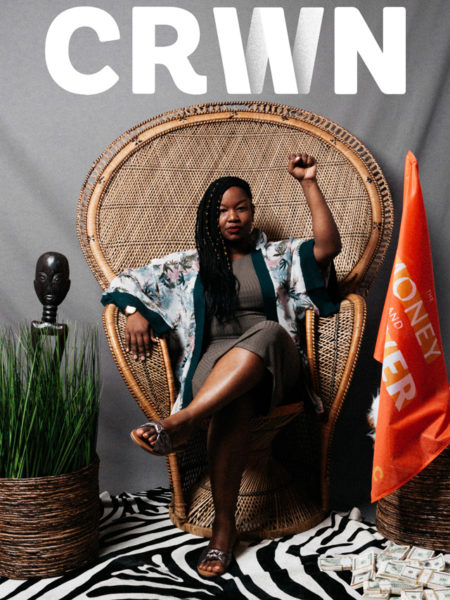 CRWN Magazine, a print magazine for Black women, is one of Verb's clients.
Verb

Jones and Harrison said this responsibility also goes for clients, which need to hold agencies accountable in diversifying their teams.

“Some large brands have started to ask companies about that, and I think that’s really important. But it has to go beyond Black faces in the meeting,” Jones said. “The next step people will want to see is the follow-through, and not just limiting it to representation in the room for the pitch. It’s about having those diverse perspectives and valuing the contributions of those team members, beyond checking a box to appear diverse.”

“Are they challenging a certain narrative, are they pushing back on something, are they asking for accountability for something? When you have employees of color with a high turnover rate, it’s imperative that agencies dig in a little bit further as to why,” she said. “What we’ve seen is, everything is written off as an isolated case. It’s not looked at as a systemic problem—it’s always treated as a one-off.”

Acknowledge white labeling and be open to collaboration

“It’s a very interesting notion of predominantly white agencies not having anyone in-house that necessarily speaks the language, knows the culture or the shows,” Harrison said. “If clients just Google a little bit more, they’ll find that there’s a ton of Black-owned agencies out there that do a vast majority of the things they need. They don’t necessarily need to go to who they already know or who they’ve gone to before.”

Jones added that agency collaboration has become quite common in experiential, and wants to see agencies and clients to become more open to bringing in partners for the entire project, not just a specific piece.

With a heightened conversation around racism, Harrison and Jones said leadership at predominantly white agencies should acknowledge Black employees and ask how they’re doing. But they need to consider their relationship with those employees and how they could be feeling before reaching out.

“If you feel currently marginalized and then you see this post on social media that’s a black square, but it’s business as usual at work, it’s probably even more insulting,” Jones said. “That’s where I think the conflicting feelings have been for some people in terms of how they want to be treated. But I think anyone would be remiss at this time to not acknowledge what’s going on in the world.”

Harrison and Jones added that leadership also needs to be willing to listen to whatever response they may receive, but also let employees know that it’s OK to not respond, too.

“On one hand it feels like the right thing to do, but on the other hand, it can feel a little off putting,” Harrison said. “It’s like, why are you asking me this now? And if you ask me how I’m doing and I start to give you a real answer, are you prepared for the answer I’m going to give you?”

Harrison and Jones said no matter the approach, leadership also needs to be mindful that the current climate isn’t new for Black people.

“This has been going on for years. Many of us have talked about feeling devastated and heartbroken about Eric Garner, Sandra Bland, Tamir Rice and Trayvon Martin,” Jones said. “This heightened consciousness and awareness of it certainly makes a different dynamic.”

Adweek will continue to spotlight Black owners of agencies to share their experiences and ways they want to see the industry take action for change.