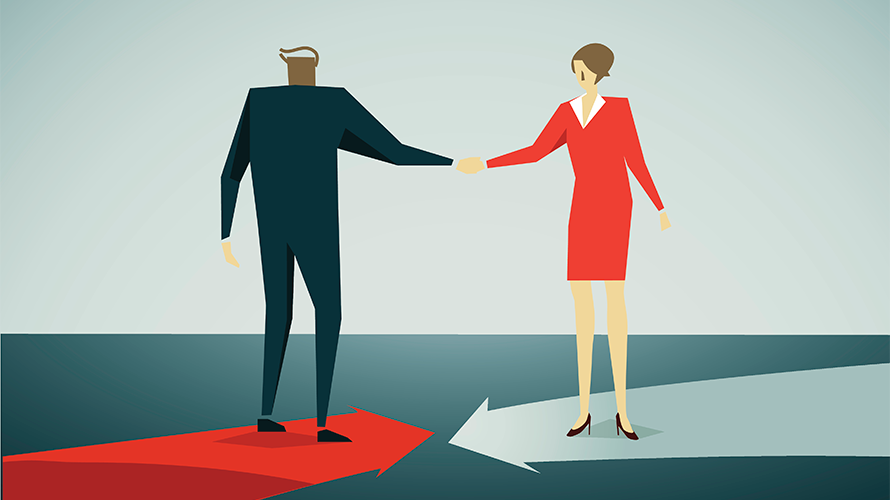 Since 2013 when Edward Snowden released documents about the NSA’s internal workings, the world has started to question the way their data is collected and used against them. Since then, findings by Pew Research Center show that 93 percent of adults believe it is important they can control who can get information about them, 90 percent believe it is important they have control over what information is collected about them and 86 percent have taken steps to remove or mask their digital footprints. But despite these numbers, 59 percent still feel like it is impossible to remain anonymous online and 68 percent believes current laws do not do enough to protect their privacy.

More recently, the abusive behavior of Big Tech companies and large corporations, in general, have only led to an even deeper state of distrust. This is especially true among millennials, who research has shown to hold a large amount of distrust in the traditional pillars of our world. But despite these facts, businesses have decided to carry on as usual, without consideration for the long-term impact this may have on their brand. In a marketplace of trust, this will not be sustainable. But how do we change this? The answer is simple: Optimize for trust.

For the longest time we’ve pushed businesses to focus on impressions, unique visits, lowering bounce rates and other forms of engagement in order to quantify success. This has become a standard in the new attention economy where data is king and has become the currency of the new economy. But if we really take time to think about it, this is exactly the problem. Focusing exclusively on getting the population glued to the screen so we can mine their data is one of the largest threats to the security of businesses—especially at this point in history where consumers are losing trust for those mining their data faster than ever.

Changing the public’s perception will mean ensuring clients are checking the boxes on the General Data Protection Regulation (GDPR) and future regulations. The changes consumers want to see go beyond surface-level tactics and implementation. It will require making a change from the core of the company, from the brand level. And in order to help catalyze these changes, it’s time we leverage our role as digital consultants to push businesses forward. It’s time we figure out creative ways to not only measure success but also reimagine what it means to be successful in general.

An example of what this might look like is what Couchsurfing does. Instead of focusing solely on engagement or other common metrics, they use an equation that looks more like this:

Obviously, there are some potential flaws to their system because time spent together doesn’t necessarily mean quality time. But they recognize this, and in order to ensure quality beyond traditional quantitative metrics, they also ask about how the experience was through long-form questionnaires. This combination of quantitative and qualitative analysis allows their business to pursue its mission without focusing on getting people to drain their life away glued to the screen. In fact, as you can see in their equation, time on site — or screen-based engagement — is actually considered negative to their business model because it’s also been proven to be damaging to society.

It’s time we figure out creative ways to not only measure success, but also reimagine what it means to be successful in general.

Similar actions have been taken by companies like Netflix who use their platform data to monitor binging and reach out to those who have been consuming content beyond healthy levels. This may not be best for Netflix’s bottom line, but it’s about the long-term relationship with customers, not the next quarter. By refocusing their mission to create a positive impact on society, these companies are actively working to gain consumer trust by creating a business model that not only drives revenue but also creates positive social impact and sustainable business practices.

For retailers, this may mean discovering ways to optimize the number of people who refer their friends after making a purchase. For travel businesses, this may mean focusing on how to optimize the number of the travel destinations, restaurants and experiences that get recommended and are both visited and enjoyed by the consumer. For educational programs, this might mean optimizing the number of students who graduate feeling confident in their skills and have become critical thinkers, not just test takers who get a certificate. These are abstract and not easy to quantitatively measure, but not everything that’s good is.

The idea of gaining trust is one of the biggest focuses of Tristan Harris and his new foundation, the Center for Humane Technology. It is similar to the story expressed by Airbnb co-founder Joe Gebbia in his TED Talk, “How Airbnb Designs for Trust,” and again by Rachel Botsman in her TED Talk, “The Currency of the New Economy is Trust.” The focus of all of these experts is to point out that while KPIs and other success metrics may give us a better objective understanding of what’s going on, it’s not easy to objectively define success. But only by exploring the limitations of these quantitative analyses can we begin to understand the real issues in a way that allows us to creatively pursue meaningful business models.

Working with companies to creatively figure out how they can optimize for trust will be one of the biggest challenges of this modern era we live in. Solving these issues won’t be easy and solutions won’t happen overnight, but discovering ways to win back the trust of consumers across the globe is where the real opportunity for innovation exists. It will no doubt become the key to keeping the doors open, and the agencies that are capable of creatively persuading their clients to strategically optimize for trust will be the ones that come out on top.

Joe Toscano is author of Automating Humanity and founder of designgood.tech, a non-profit focused on creating an ethical internet.