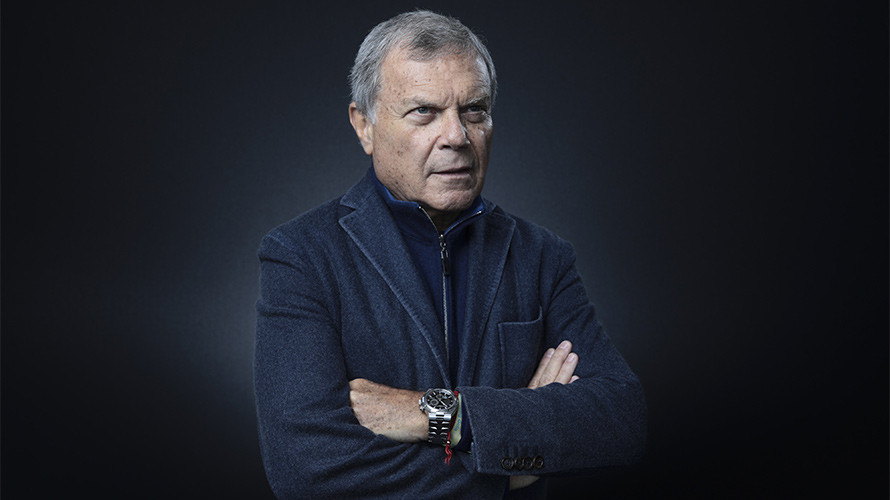 Today marks the end of the Martin Sorrell era at WPP.

The world’s largest advertising company confirmed in a statement that Sorrell has resigned as CEO, effectively immediately, following 33 years in the role.

The move follows news of an investigation launched by the board of WPP earlier this month into allegations of “personal misconduct” and misuse of company assets by Sorrell.

According to WPP’s statement, this announcement concludes that investigation, which “did not involve amounts that are material.” The statement did not address whether those amounts and the allegations of misconduct were separate matters.

“In accordance with his at-will employment agreement, Sir Martin will be treated as having retired on leaving WPP, as detailed in the Directors’ Compensation Policy,” the note continued. “His share awards will be pro-rated in line with the plan rules and will vest over the next five years, to the extent Group performance targets are achieved.”

“Sir Martin has been the driving force behind the expansion of WPP to create the global leader in marketing services. During this time, the Company has been successful because it has valued and nurtured outstanding talent at every level—within and well beyond our leadership teams,” Quanta said in a statement of his own. “On behalf of the Board I would like to recognise these achievements and thank Sir Martin for his commitment to the business over more than three decades.”

Prior to the recent investigation, Sorrell took a significant pay cut in the wake of WPP’s steepest decline in stock value since 1999.

“Obviously I am sad to leave WPP after 33 years,” read a statement provided by Sorrell’s personal PR firm, Project Associated. “It has been a passion, focus and source of energy for so long. However, I believe it is in the best interests of the business if I step down now. I leave the Company in very good hands, as the Board knows.”

He continued, “Mark and Andrew and the management team at all levels have the knowledge and abilities to take WPP to even greater heights and capitalise on the geographic and functional opportunities. I will particularly miss the daily interactions with everyone across the world and want to thank them and their families for all they have done, and will do, for WPP.”

In addition to the statements above, Sorrell also issued a lengthy note to WPP’s estimated 200,000 employees worldwide.

“For the past 33 years, I have spent every single day thinking about the future of WPP. Over those decades, our family has grown and prospered,” he wrote. “We welcomed J. Walter Thompson, Ogilvy, Young & Rubicam, Grey, 24/7 Real Media, Taylor Nelson Sofres, among so many others. We created GroupM, including Xaxis and Essence.”

“We put the focus on Asia-Pacific, Latin America, Africa and the Middle East and Central Eastern Europe, the home of the next billion consumers. We embarked on the early development of digital capabilities; and the evolution of a firm-wide integrated client and country-centered approach. Our holding company was recognized as the world’s best and most effective through the Cannes Lions and Effie Awards year after year after year.”

Sorrell continued to summarize his company’s achievements, writing, “We pioneered Atticus Awards for original written thinking…. the WPP Fellowship Awards to recognize promising talent…. the Partnership and Practice Awards for client endorsed integrated market and case studies. Our Stream digital conferences have attracted the best in the digital business for more than a decade. Our Annual Sustainability and Pro Bono Reports highlight the unique social, environmental and public policy work that we do day in, day out across the globe.”

“As I look ahead, I see that the current disruption we are experiencing is simply putting too much unnecessary pressure on the business, our over 200,000 people and their 500,000 or so dependents, and the clients we serve in 112 countries,” the note continued. “That is why I have decided that in your interest, in the interest of our clients, in the interest of all shareowners, both big and small, and in the interest of all our other stakeholders, it is best for me to step aside.”

Regarding leadership moving forward, he wrote, “We have had a succession plan in place for some time. A new generation of management, led by Mark Read and Andrew Scott (who have each been at WPP for approximately 20 years), are well qualified and experienced in the Board’s opinion, to deal with the geographic and technological opportunities and challenges our industry faces. We have weathered difficult storms in the past. And our highly talented people have always won through, always. Nobody, either direct competitors or newly-minted ones can beat the WPP team, as long as you work closely together, whether by client and/or country or digitally.”

Sorrell will remain with the company for an unspecified time “to assist with the transition” pending the confirmation of his successor or successors.

“In the coming period, I will be available to the Board and any of you, should you want help with anything, anywhere,” he wrote, adding, “I shall miss all of you greatly. You have given me such excitement and energy and I wanted to thank you for everything you have done and will do for WPP and me. As some of you know, my family has expanded recently, WPP will always be my baby too.”

“As a Founder, I can say that WPP is not just a matter of life or death, it was, is and will be more important than that. Good fortune and Godspeed to all of you … now Back to the Future,” Sorrell wrote.

The note concluded with a “thank you.”

@ErikDOster erik.oster@adweek.com Erik Oster is an agencies reporter for Adweek.
@PatrickCoffee patrick.coffee@adweek.com Patrick Coffee is a senior editor for Adweek.