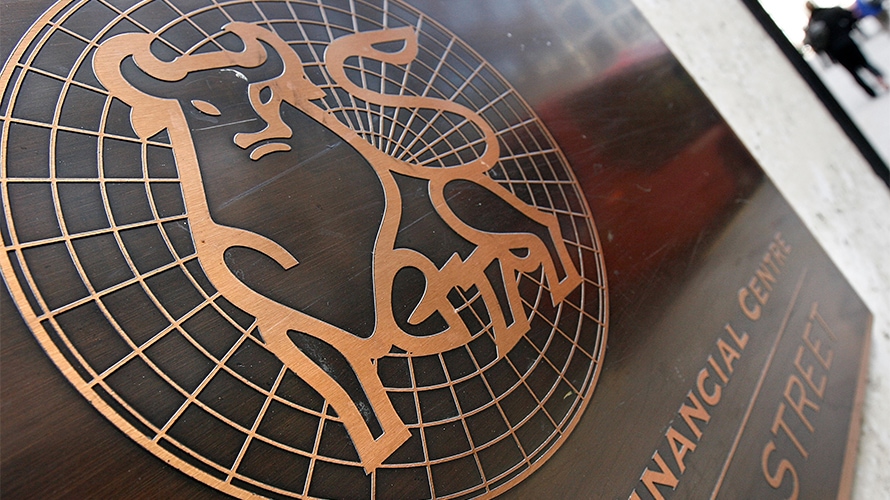 Merrill Lynch has used the bull logo since 1974. Getty Images

With widespread whispers of an approaching recession and an economic boom that didn’t quite benefit everyone, it can still sometimes feel as though the financial meltdown of 2008 is still with us. So, it’s perhaps fitting that one of the big financial-services brands that nearly bit the dust in those days is back in the news—if only to say a final goodbye.

Bank of America earlier today announced that a little more than a decade after acquiring Merrill Lynch in the heat of Wall Street’s meltdown, it is dropping that name from most of its business divisions.

Specifically, Bank of America will strike the Merrill Lynch name from its trading and investment-banking operations. Meanwhile, its wealth-management business will lose the “Lynch” and retain only the “Merrill.”

The company didn’t say why the Merrill Lynch name is being phased out now, other than to call the move an “update to its brand positioning” that signifies the “continued evolution of the brand.” The most recent piece of that evolution revealed itself in November when Bank of America refreshed its corporate logo for the first time in 20 years.

In a sense, the name Merrill Lynch has been living on borrowed time for the past 10 years. Sinking under a load of toxic mortgage debt in 2008, Merrill Lynch won an eleventh-hour reprieve when Bank of America bought it in an all-stock deal valued at $50 billion. While the Washington Mutual name vanished after Chase took over its accounts and Wachovia melted into Wells Fargo, BofA kept the Merrill Lynch brand name going.

Even so, there were signs that Merrill’s days were numbered. In 2014, Merrill Lynch advisors groused when the Bank of America’s colors were added to their business cards, and the famous Merrill Lynch bull got smaller. What’s more, Bank of America CEO Brian Moynihan has frequently touted “one company” strategy and, in a statement today, pledged to deliver “responsible growth on a unified basis.” Clearly, the company has been gravitating toward a more unified naming convention for some time.

Merrill Lynch traces its corporate origins to 1914 when a pair of twentysomething bankers—Charles Merrill and Edmund Lynch—opened an office on Wall Street. Its famous bull logo, first introduced in 1974, was probably the most recognizable brand badge in the financial sector.