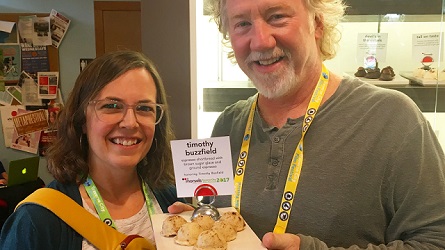 The 2017 edition of the Traverse City Film Festival, an event founded by Michael Moore, kicked off last night with a gala screening of Ken Loach’s latest drama I, Daniel Blake. For local business Morsels Espresso + Edibles, the July 25-30 event means it’s also time to add a few more cleverly named sweet treats to a roster of goods that is already chock-full of such nomenclature.

This year, along with the Leonard Maltin concoction pictured above (he and daughter Jessie will record an episode of their Nerdist podcast Sunday morning from the festival), there are tie-ins for Moore and actors Timothy Busfield, Noël Wells and Gilbert Gottfried. The Michael Morsel buttered popcorn cake is pretty darn clever, but for sheer roll-off-the-tongue fun, it’s hard this year to beat Leonard Malted.

“We’ve been naming morsels for people, events, businesses and so on since the beginning,” co-owner Misha Neidorfler tells Fishbowl. Her bakery opened at the beginning of 2008. “We also name morsels for the guest authors of the National Writers Series. The desserts are served at the events for the patrons, and the authors all get a box of morsels that includes their special flavor.”

“The celebrity-naming came from wanting to do something special for the film festival the first year we were open,” she continues, “and it has grown from there. I do most of the naming, but when I get stuck my husband will help with ideas.”

The couple will be bringing around 1,000 morsels to the Filmmakers Party on Saturday July 29. Each year, Neidorfler says some of the dessert honorees also take time to drop by. This morning, per the photo below, that’s just what Timothy Busfield did. 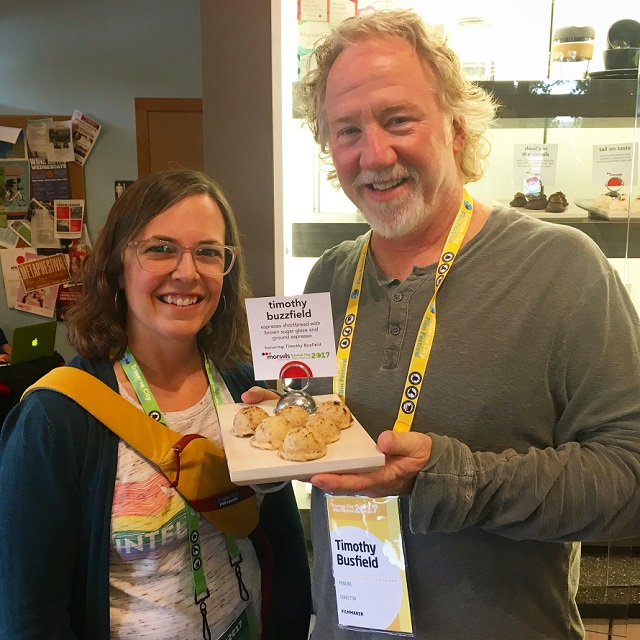