A Letter From Our Executive Editor: What’s Ahead for Adweek in 2020

Like many of you, Adweek is deep into 2020 planning, and one of the most exciting changes happening ahead of the New Year is the addition of several new positions. We write every day about how rapidly the industry is changing, and how agencies and brands are constantly adjusting, and we’re no exception.

Where are we expanding coverage? Retail, experiential marketing and brands.

Paul Hiebert and Richard Collings have joined our newsroom to cover consumer packaged goods and the financial side of retail, respectively, new beats for Adweek. As former analysts, both aim to give you insights and predictions about the future of retail. They join our talented reporters Ann-Marie Alcántara, who doggedly charts direct-to-consumer trends, and Lisa Lacy, who is so devoted to covering Amazon that she hangs a Jeff Bezos ornament on our tree every holiday. You can meet them at our Challenger Brands summit in New York March 4-5.

If you work in experiential marketing, you’ll want to know Ian Zelaya. He joins us as an experienced events reporter, following best practices and ROI debates in the emerging space.

It’s exciting to watch our team of journalists grow, because every single one pushes our publication further ahead. And more specialists mean deeper coverage, with the goal of helping you do your job better. Let me know how we’re doing.

MDC Partners is combining seven of its agencies into a new network led by Detroit-based Doner, marking the latest shake-up under chairman and CEO Mark Penn’s leadership. Called Doner Partners Network, the North American entity includes its namesake agency plus six of the holding company’s specialist shops. It’s not the first major restructuring during Penn’s short tenure, and it likely won’t be the last. The shakeup comes as MDC Partners continues to struggle: The holding company reported a third quarter organic revenue drop of 7.5% and an overall revenue decline of 8.8% compared to the year prior.

Read more: See what agencies are affected by the move and what’s next for MDC Partners.

DoorDash and White Claw Are Among the 20 Fastest Growing Companies

After White Claw dominated the summer, it should probably come as a surprise to no one that the spiked seltzer is one of the fastest growing companies in terms of brand recognition. Even though it was the most memeable brand of 2019, it didn’t top Morning Consult’s list on for fastest growing brand recognition. As the food delivery wars rage on, DoorDash is the big winner across generations as it has expanded to getting hungry consumers their food in more than 4,000 markets.

Read more: The research shows which brands are growing more popular for every generation from Gen Z to Boomers.

This E.T.-Themed Xfinity Ad Has Over 30 Easter Eggs—Can You Find Them?

In Xfinity’s ET-themed ad from Thanksgiving, there were some obvious callbacks to the original movie. In the spot, Elliott’s kid is wearing the signature red hoodie and a bag of Reese’s Pieces are out on the dining room table. But the ad was jam-packed with dozens of subtle references to Steven Spielberg’s (who has his own Easter egg in the spot) blockbuster film. Xfinity identified 10 of the more obvious ones, and we found a bunch more, but not all of them. We’ll leave the rest up to you.

Jameson is Adweek's Chief of Staff. 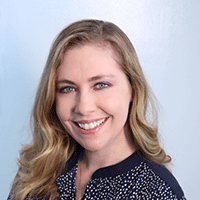