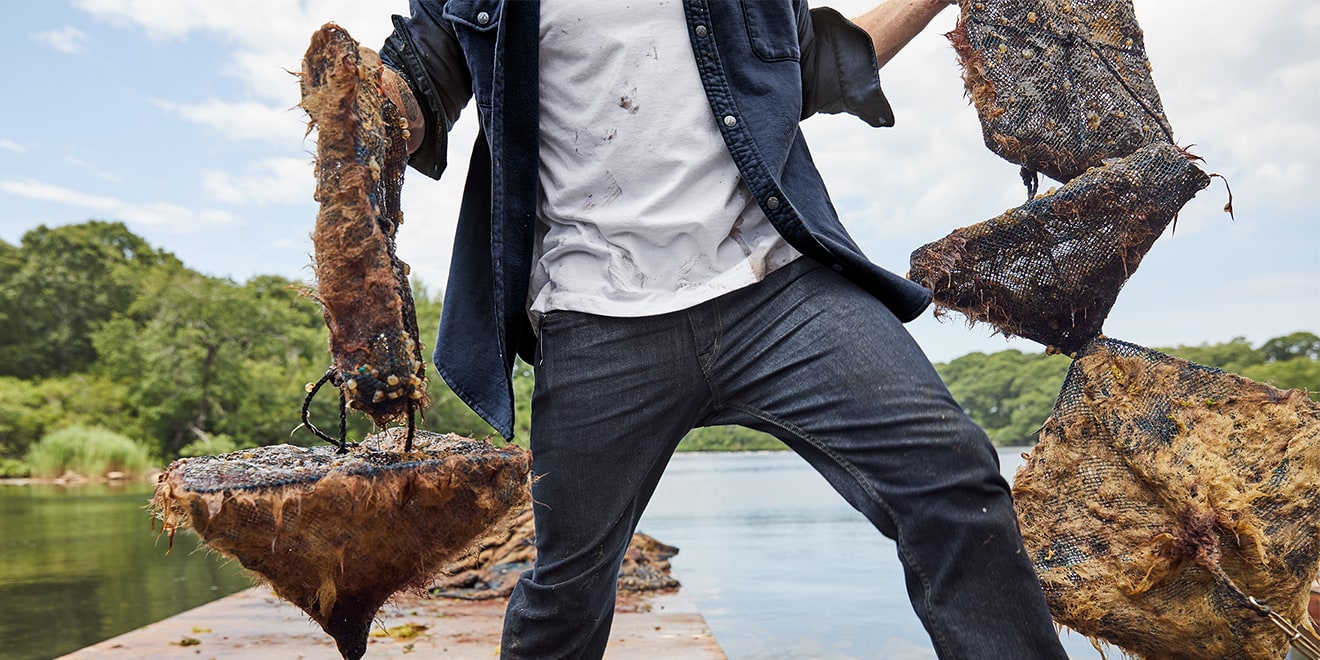 Six years ago, the American Giant signature sweatshirt became an overnight phenomenon when Slate proclaimed it “the greatest hoodie ever made.”

The San Francisco-based upstart apparel brand could scarcely have hoped for better publicity than that, and the torrent of interest that followed resulted in $600,000 in sales within 36 hours. American Giant sold out the entire inventory of its heavy-duty, made-in-America sweatshirts—resulting in a waiting list that merely served to make the garments more desirable, especially among the status-conscious millennials who made up the brand’s burgeoning fan base.

Today, American Giant is hoping to kick off the second act of its hit show, this time with an item of clothing that’s even more ubiquitous than the tried-and-true hoodie: American Giant has entered the jeans business.

The company’s new Blue Jean (available for the guys only, at least for now) will retail for $138, putting it on the affordable side of the premium category. And like all American Giant apparel, the jeans will be made in the United States—specifically, at Georgia’s Mount Vernon Mills—a claim that’s a pillar of the brand’s identity and the reason for much of its appeal. 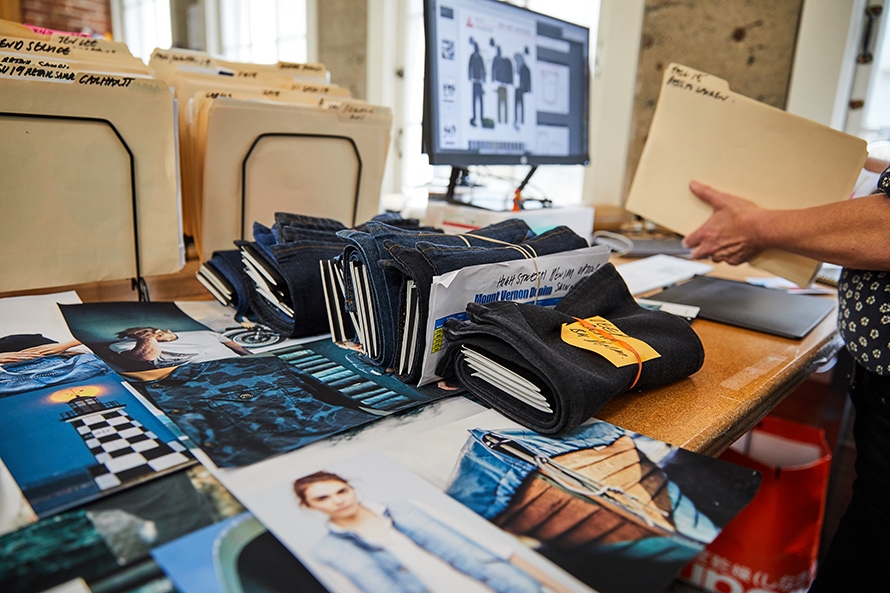 Even so, there are close to 450 brands of jeans on the market, ranging from $14 No Boundaries at Walmart to $1,290 Art Patch jeans from Amiri (rips included). Which makes differentiation one of the immediate challenges facing American Giant.

Bayard Winthrop, who founded the company in 2011, believes he has that figured out. Aside from the halo effect for any brand that makes its goods in America, American Giant has corrected what Winthrop believes is a fitting process run amok. “What was once a fundamental American silhouette has become a wildly complicated thing, with 20 different fits and 16 different rises,” he said. “It’s like launching the space shuttle, trying to figure out what kind of jeans you want.”

Instead, the buyer of a pair of American Giant’s jeans will get to choose his waist-inseam combo and, uh, that’s about it. There’s one color, one fit and one price. “Amidst all the bloat and noise in the category,” reads the marketing material, “it’s a clean, simple, good looking jean that works for every man.” 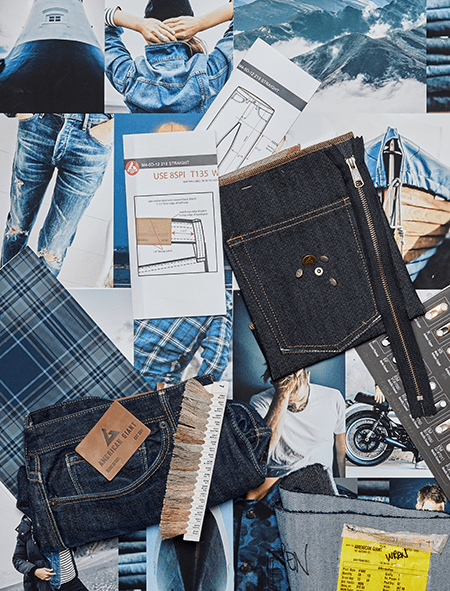 What’s interesting here is how it works. Winthrop is betting his engineering of the jeans precludes the need for any fussing about the fit, regardless of the shape of the dude. “Great fit comes down to the hook,” he insisted.

For those unfamiliar with the rag-trade term, the hook consists of the five intersections of the panels in the posterior region of the pants—it is, in other words, the profile of one’s butt. Hence, if the pants are sewn correctly, fit should theoretically take care of itself. “You have to get it right,” Winthrop continued. “It’s half art and half engineering.”

And thanks to a prior product launch, American Giant believes it has the hook thing down. In March, the company launched the Roughneck Pant, a heavyweight canvas work trouser with five pockets and a $125 price tag. The pants didn’t just look and perform like jeans, they were what Winthrop calls “a bit of a Trojan horse,” meaning, his company used the pants to experiment with fitting guys’ bottoms and making sure they got it right.

“We launched the Rough Neck [as] a trial balloon [for] our fit and approach,” he said. “We spent the entire development process and the ensuing six months jamming through the data and the feedback.”

This kind of measure-twice-cut-once approach is signature American Giant. When it launched its Classic Full Zip hoodie, the company did eight months’ worth of testing before coming up with the tapered fit and luxe features (metal drawcord tips, reinforced elbow patches) to justify its price. Winthrop’s design team included creative director Philipe Manoux, who’d worked at Apple on the first iPhone.

But one feature the jeans should have going for them is the one that can’t be sewn, and that’s the standing reputation of the brand. In short, Winthrop is hoping the thousands of people who like his hoodies (or his T-shirts, which appeared in 2016) will return to buy his jeans. 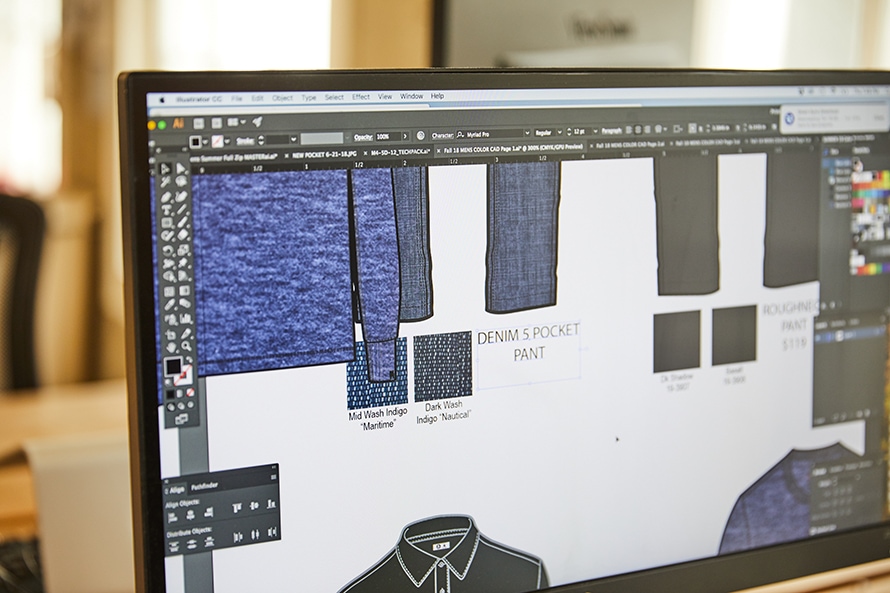 And will they? Christina Papale, svp of brand strategy, design strategy and innovation for brand agency CBX, thinks the odds are good. Customers, she said, “are going to try something new if it’s a brand they feel good about,” and American Giant “has a reputation—it’s urban, but approachable.” And despite the fact that there are hundreds of jeans brands out there, Papale believes American Giant’s jeans are positioned well. “If you’re done with Uliqulo, this seems like a step up,” she said.

Time alone will tell if consumers will take that step or if the posterior engineering that purportedly works so well for the guys can be applied to women’s jeans—those are coming in November—which, as a category, are notoriously tougher to fit.

Regardless, American Giant is at least well situated to take advantage of a growing desire for American-made goods—not just because of the feel-good factor of domestic job creation, but the associations of product quality that tend to accompany brands manufactured domestically. And indeed, in waving the “Made in U.S.A.” flag, Winthrop isn’t so much appealing to patriotism as he is evoking a time, two generations ago, when integrity was a thing that shoppers in the pants department of Montgomery Ward and Sears could safely take for granted.

“We have lost the idea that you can buy a pair of jeans that will last for years,” Winthrop said.