Comedy Central made news seven years ago when it gave the heave-ho to its iconic tower logo, replacing it with something so minimal people wondered if it could possibly be right. That cool planet with the skyscrapers bursting out was suddenly reduced to a simple “c” nesting inside a larger, inverted “C.” Critics called it boring, “not funny” and joked that the old logo had had lipo.

What many of the naysayers failed to grasp was that the new logo was born out of the network’s need to change with the times, and quickly. Far from the scrappy upstart it had been in 1991 when it aired low-budget clip shows like Short Attention Span Theater, Comedy Central’s lineup boasted big-league programs like Tosh.0, South Park and The Daily Show. Plus, it was 2011, people! This social media stuff was really taking off.

Which may be why there’s something of a feeling of deja vu going on down at Viacom headquarters these days. Because not only has the network kept adding headliners—Corporate, The Jim Jefferies Show—but this social media thing really did turn into a big deal, morphing into bona fide video-distribution platforms. It’s why the network recently went back to the drawing board to overhaul its visual identity, debuting not just a new logo, but a propriety typeface, a signature color palette and new standards for how these assets can be used on screens big and small.

The new trade dress isn’t just a response to the ever-changing times, however. As Comedy Central has grown and diversified across multiple media platforms, the branding had lost some of its old consistency, mandating not just fresh visual treatments, but guidelines for how to use them consistently.

“Since 2011, we’ve learned so much from the different platforms, and we wanted to use this as an opportunity to take all that information and apply it,” said evp of marketing and creative Josh Line. “I wouldn’t call it a brand refresh—I’d call it a brand reinvention.”

“This rebrand isn’t just a new coat of paint,” added David Herbruck, president and co-founder of Loyalkaspar, the firm that developed the creative assets. “What [we] proposed was a new way of thinking—a strategic, less-is-more system for promoting the brand.”

Indeed, the minimalist look of the new trade dress belies the thinking behind all of its components.

Though it had its critics, Comedy Central’s 2011 “C” mark was a bold departure, and one that slowly built up a base of fans. Last surveyed, the mark had a 50 percent unaided recall and a 70 percent aided recall. Not bad for a logo that many dismissed as a rip-off of the copyright symbol. So the basic “C” mark had to stay.

“We’d built up some equity in it and didn’t want to toss that aside,” Line said. Instead, Loyalkaspar streamlined it while also muscling up its lines, giving the mark more “strength and confidence,” he added.

Modifying the 2011 logo also allowed Comedy Central to retain its kinetic functionality. When the network promotes its programming, the “C” will often spin like a gear, seeming to crank up other terms that appear on screen. Loyalkaspar art director Nadia Husain calls this “a distinctive motion language that captures the attention of the viewer without taking away from the impact of the content.”

The “C” mark is actually only the graphic half of the official mark; the other part is the word mark, that now appears in a new typeface.

Obviously, Comedy Central’s word mark is always going to read “Comedy Central,” but the old font, which is called Brandon Grotesque, had to go. It’s not that it was a bad font; it’s that it was such a good font that a slew of other brands began using it in the years after the network did. 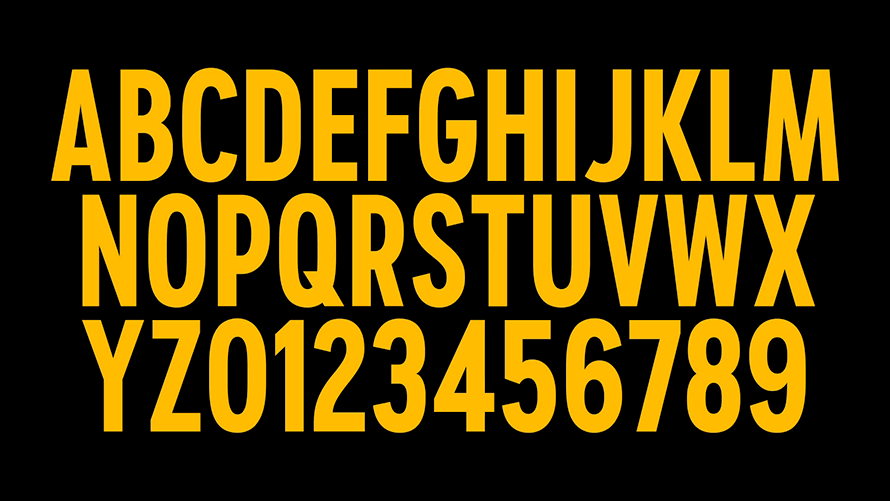 “If you go to the Oculus [at the World Trade Center], all of the shop signs in the mall there are in Brandon Grotesque,” Chris Scarlata, Comedy Central’s vp of design, lamented. “It’s like the Volkswagen Beetle—one you see it, you see it everywhere.”

The only durable solution was to develop an exclusive, custom typeface called Comedy Sans (close enough to Comic Sans, but without the baggage associated with that now-maligned font). Comedy Sans is bolder and more condensed than the old typeface with a certain offhand irreverence that suits the content. “It’s bold and confident,” Scarlata said, “but also has a casualness to it.” 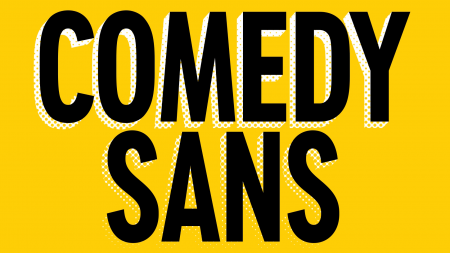 It also works in subtle ways to reinforce the brand. “We have found a custom typeface goes a long way in providing a brand with cross-platform recognition,” said Loyalkaspar creative director Anna Minkkinen. “On social, for example, you aren’t going to put your logo all over that content, but your typeface can speak for your network without doing a hard sell.”

While Loyalkaspar was busy designing a custom typeface, Comedy Central also decided it was time for a signature color. The thinking was twofold. First, competing content platforms are already recognizable by color—Nickelodeon is orange, Netflix is red, and so on. Second, Comedy Central’s own shows used such a broad range of colors to promote themselves in the past as to sacrifice the network’s own brand consistency. 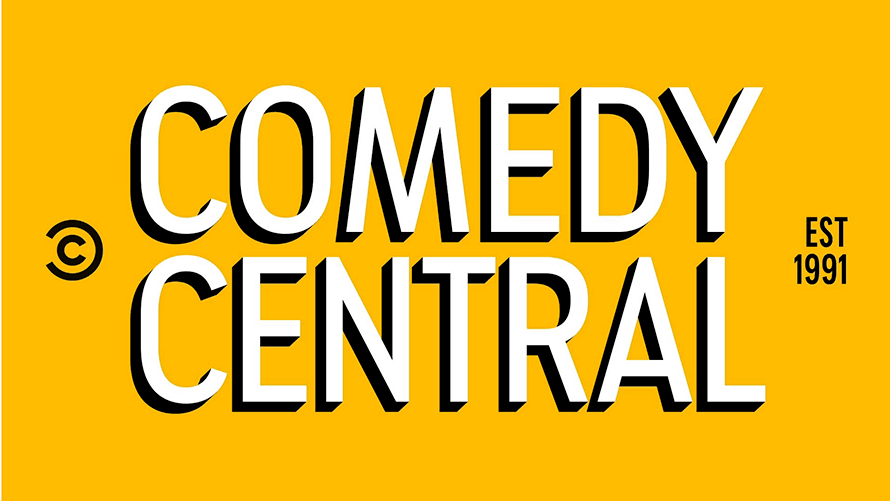 After studying what colors produce favorable feelings in viewers, the network decided on Summer Ale, a color that, as the name suggests, resembles a nice mug of lager and sits somewhere between yellow and orange. “It has that warmth and that pop,” Line said. “It’s a richer, warmer tone. And against black, it looks amazing.”

To allow the individual shows some freedom to brand themselves, Loyalkaspar also developed a color family that would harmonize with Summer Ale while still being distinctive enough to brand the programs. Each is a jewel tone that feels more premium than a primary color would. Hence, there’s now Trevor Blue for the Daily Show with Trevor Noah, Tosh Red for Tosh.0 and Who Killed Kenny Orange for South Park.

With the new design elements in place, Comedy Central also developed usage standards by which they should be deployed. In promoting its shows, for example, Comedy Central will use a tripartite frame in which the logo appears on the left side and the content, whether a show or the Comedy Central name, sits in the center, occupying much of the real estate. The right flank, meanwhile, is home to the time cue, a quick reference such as “Fridays” or even “weeknights.” 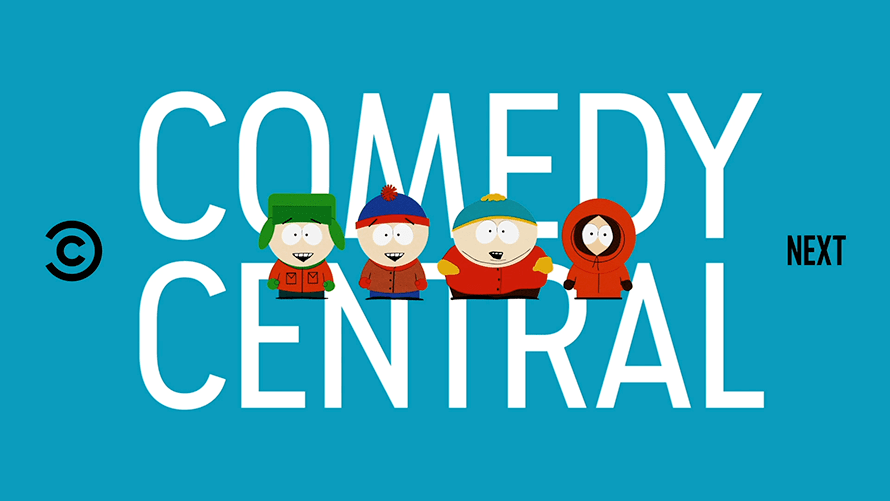 “The architecture forces us to be minimalist in our language, which is huge,” Scarlata said. It’s also strategic. More open space lets the typeface and logo do their jobs. “We know from our research that people spend half a second looking at this stuff,” Line said. “So the cleaned-up, simplified language and messaging really helps communicate much more clearly.”

The creative team also developed new standards governing the use of graphical elements on small screens, where minimalism is essential anyway and where the synergy of a new typeface and logo along with the Summer Ale color is especially apparent. 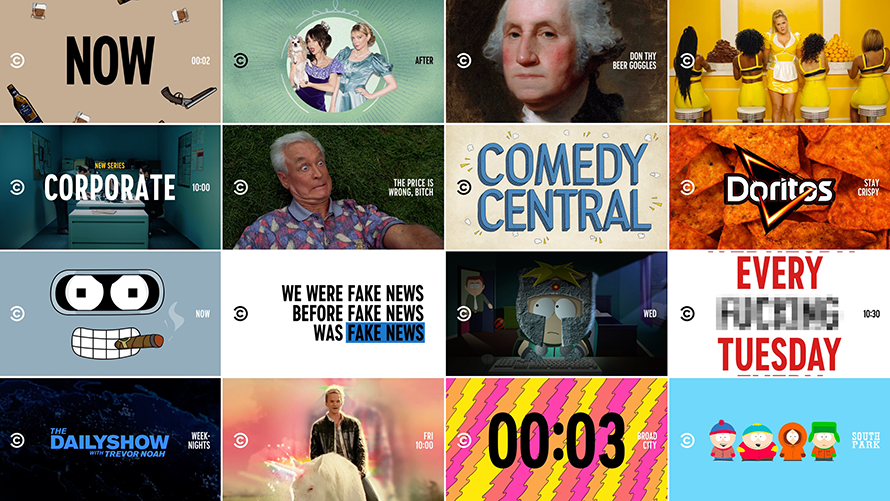