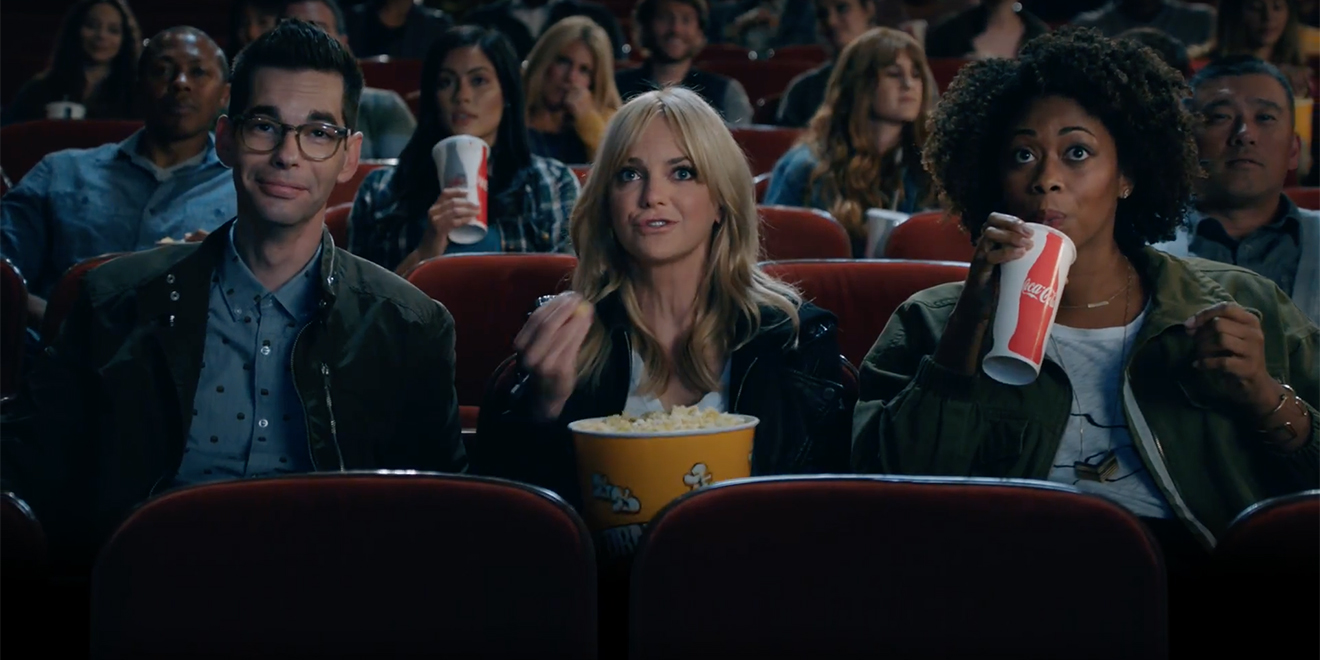 A new movie ticketing app with four major backers is making it extra-easy to get to the movies this summer. To showcase how smooth the experience can be, social movie ticketing app Atom Tickets has launched its very first ad campaign just in time for the season. The comedic spot, directed by Peter Berg, stars actress Anna Faris quoting some of the most iconic movie moments of all time, and spans all media.

“Anna’s Night Out,” created by Deutsch, features Faris using the Atom app to get movie tickets, invite friends, select seats and preorder snacks, all while facilely spouting off classic references.

“As we prepare for a blockbuster summer at the box office, and therefore a blockbuster summer on our ticketing platform, we felt now was the ideal time to kick-start our first-ever brand campaign,” said Amber Tarshis, head of marketing for Atom Tickets, in a statement.  “The campaign reinforces our key value propositions of share-ability, flexibility and convenience in purchasing movie tickets using Atom. As an entity that believes in working with the industry, we were thrilled to work with Peter to give our first campaign a truly cinematic feeling. Anna is a great representation of our brand, as she truly is that relatable and lovable movie fan.”

The campaign is further viewable on New York City’s Taxi TVs as well as the LINK system for out-of-home advertising. Atom Tickets, which is backed by Disney, Fox, Lionsgate and Fidelity, partnered with ESPN and PopSugar to specifically target male and female entertainment-minded audiences.

“Atom Tickets is changing the game for people who love to go out to the movies,” said Janet Higdon, executive creator director at Deutsch.