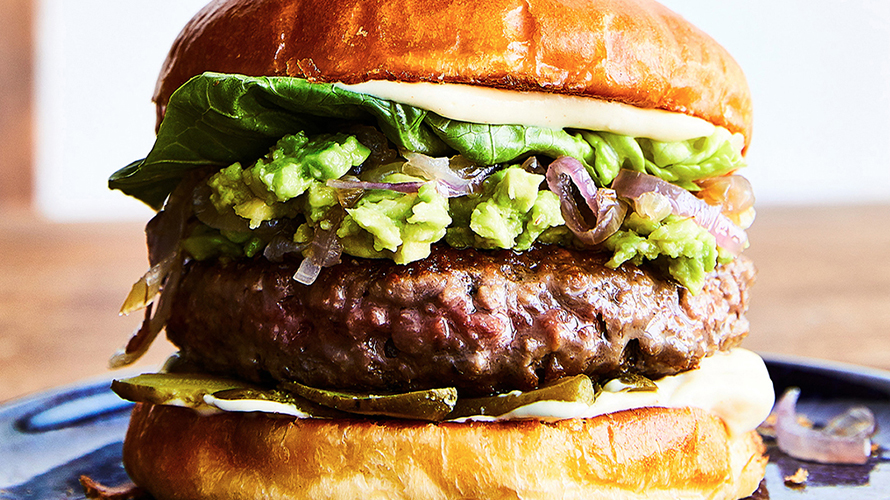 Covid-19 outbreaks have shuttered meatpacking plants throughout the American Midwest, spurring a perfect storm of negative chatter around the meat industry. In addition to highlighting short-term meat shortages and higher prices, news reports are exposing the industry’s harsh conditions for workers and animals.

Such a moment could be a perfect time for plant-based protein marketers to tell the American consumer, “We told you so.”

But the biggest players in the faux meat world, namely Impossible Foods and Beyond Meat, have no plans to go for the jugular with PETA-style attacks against the meat industry. In fact, they’re taking the marketing equivalent of the high road, emphasizing their stepped-up availability via grocery stores and restaurant delivery, at a time when it might be tough to get a burger at Wendy’s.

Rather than highlighting the ominous debate around the supply lines of beef, chicken and pork, the meat-alternative brands are leaning into their charitable programs and promoting their original content, virtual events, new family-sized retail packages, direct-to-consumer channels and just-launched discounts. They’re still emphasizing their meat-like flavor, but pushing their earth-friendly and nutritional messages further to the fore amid rising consumer interest in those priorities.

The meatless marketers’ light-but-still-aggressive approach isn’t entirely magnanimous. They also don’t want to appear to be capitalizing on their competitors’ misfortune during a global pandemic.

But they do have plenty of their own gains to tout, which includes skyrocketing demand that Nielsen pegs at a 278% increase in sales of plant-based meat substitutes since this time last year.

Some recent quarantine periods have seen even more dramatic boosts for the sector, per Nielsen: In the week ending March 21, sales of meat alternatives grew 454% compared to a 100% bump in real meat sales.

As Zak Weston, foodservice expert at the nonprofit Good Food Institute, puts it, faux meat marketers don’t need to talk about animal mistreatment, Covid-19 cases among slaughterhouse workers or rising beef prices. Every major news outlet is taking the lead there, as the White House has declared the meatpacking industry an essential business and tried to send workers back to factory floors.

But plant-based protein brands as varied as Tofurky and Dr. Praeger’s can use this backdrop, with its meat shortages and retail rationing, to tell their stories to a more broadly receptive audience.

“We’re seeing the inherent fragility of the conventional animal protein chain laid bare,” Weston says. “That’s presenting unique opportunities for plant-based brands to show their advantages and the ways they can compete with the big players in animal protein.” 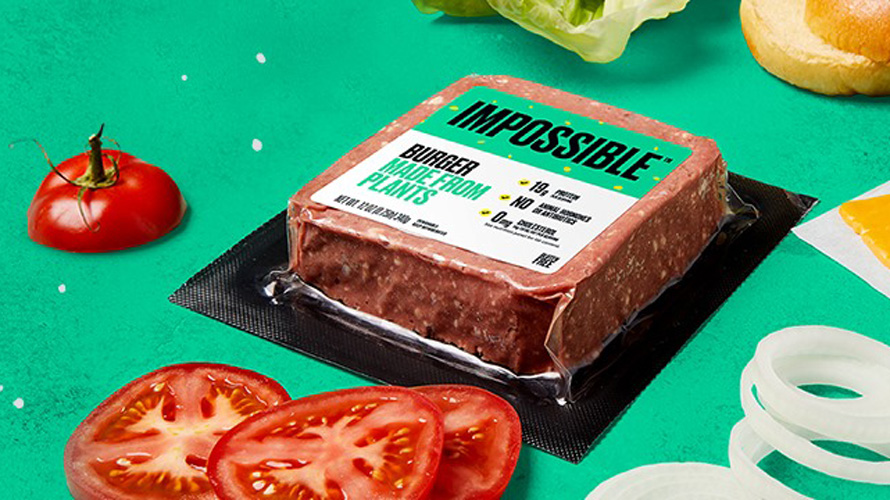 As a mover-shaker in the space, Impossible Foods had been riding high on its Burger King deal for the hot-selling Impossible Whopper, as well as alliances that continued to stack up over the past few years for its faux beef, pork and sausage lines with Red Robin, Little Caesars, White Castle and other chains. (This, after starting its consumer journey at tony eateries like David Chang’s Momofuku and Michael Symon’s B Spot cafes.)

All those channels have suffered because of the Covid-19 lockdown, sending Impossible and other restaurant suppliers scurrying to make up the difference.

The brand had already set its sights on supermarkets (traditionally the stronghold of competitor Beyond), launching its faux ground beef last fall in specialty retailers like Gelson’s.

Now Impossible is taking its grocery presence to a new level with its just-announced partner: Kroger, which will stock the brand in 1,700 stores. Having started the year with about 150 stores, Impossible is on a distribution roll (2,700 doors and counting), expecting to “expand more than 50-fold in 2020,” says Jessica Appelgren, vp of communications for the brand. Combined with a fresh $500 million funding round and partnerships with DTC apps like Cheetah, the retail growth is expected to help make up some of the loss from closed restaurants.

In another fortuitously timed move, the brand drops its first cookbook in June. Impossible: The Cookbook had been in the works for about a year, always planned to launch concurrent with the Kroger deal and intended to “galvanize more experimentation with the product,” says Appelgren. 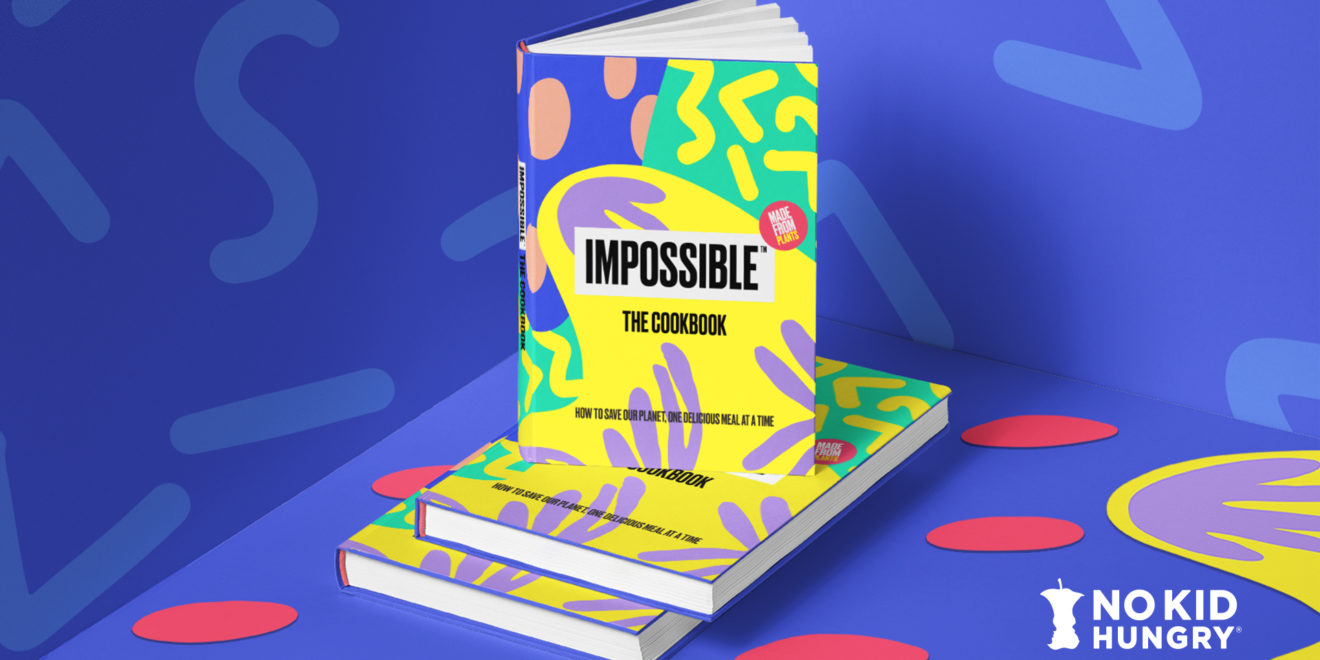 Already at the top of Amazon’s sustainable living books via presale orders, the Impossible cookbook gathers recipes from the brand’s culinary advisor Traci Des Jardins and other well known chefs. Questlove, an Impossible Foods investor, says the cookbook “thinks hard about the relationship between plants and the planet, between humans and other living beings, all while making that hard thinking easy for the rest of us.”

A digital foodie fest, plus a No Kid Hungry tie-in

To hype the book, Impossible pivoted its already robust focus on events in favor of virtual gatherings, with an all-day variety show on Facebook Live Thursday. The event replaced an in-person sampling party that would have happened in New York. “Without tastings being as immediately available, we are leaning into the power of our brand and storytelling to invite people to try Impossible,” Appelgren says.

“We over-index on live events because we want people to taste the product,” Appelgren says. “We’re trying to bring some of those attributes to this event and rally the cultural community we have around us.”

Another guest, Billy Shore of nonprofit No Kid Hungry, talked about food insecurity—the lack of available meals for children in low-income or struggling families—and highlighted the cookbook’s $3 donation from every sale to his nonprofit group.

Impossible donated 83,000 pounds of its burgers to food banks near its headquarters in Silicon Valley at the outset of the public health crisis and has promised for the next few months to give 10,000 pounds of food a week to hard-hit communities around the country.

And along with the “Cook-A-Thon,” the brand is adding to its stockpile of original content with #GrillsideChats, a twice weekly Instagram Live program that was born with stay-at-home orders. Its head of culinary, chef J. Michael Melton, cooks Impossible-centric dishes and interviews other foodies, restaurateurs and celebrities from his Oakland apartment for a “warts and all, not too overproduced” show, Appelgren says.

The last few months have proven to be no less frenzied for Los Angeles-based Beyond Meat, with CMO Stuart Kronauge describing the brand’s retail growth to Adweek as “quite explosive.”

In the four weeks ending March 22, just after shelter-in-place orders took effect, Beyond Meat saw its retail sales shoot up by 233% year over year, per Spins data, and it holds the top-selling spot in refrigerated plant-based meat. Revenue jumped by 141% year over year to $97 million, according to its recent earnings call.

CEO Ethan Brown dubbed it “a time of hyper growth” in a March interview with CNBC. “We’re doing everything we can right now to grab as much market share as we possibly can.”

That will include noteworthy expansions into Europe and Asia, one of the largest and most coveted markets for plant-based products in the world, to go along with its 25,000 retailers (Costco, Target and Whole Foods among them) and 34,000 restaurant partners (including Dunkin, TGI Fridays and Carl’s Jr.) in the U.S. 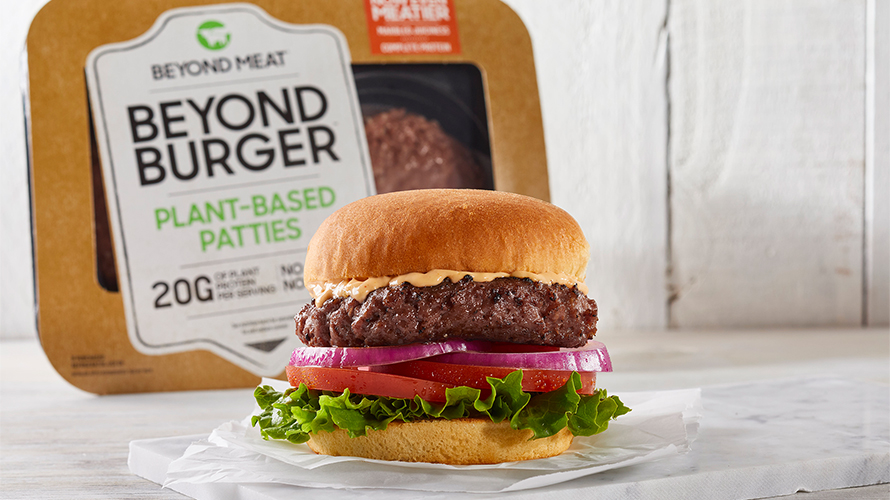 For fans and potential buyers—think flexitarians—in the U.S., the brand has expedited shipments of its product to supermarkets, offering new larger-portion value packs and discounts to appeal to stockpilers and budget-strapped shoppers.

Price has often been a stumbling block in the category, given that faux meat generally costs more than the real thing, and Beyond is trying to “help close the gap” amid record-setting unemployment levels, says Kronauge, a former Coca-Cola exec who joined Beyond in January.

Social-good efforts "will be more important than ever, especially with young consumers. It will be imperative for brands to show up and give back."
—Stuart Kronauge, CMO, Beyond
@TLStanleyLA tlstanley8@yahoo.com T.L. Stanley is a senior editor at Adweek, where she specializes in consumer trends, cannabis marketing, meat alternatives, pop culture, challenger brands and creativity.