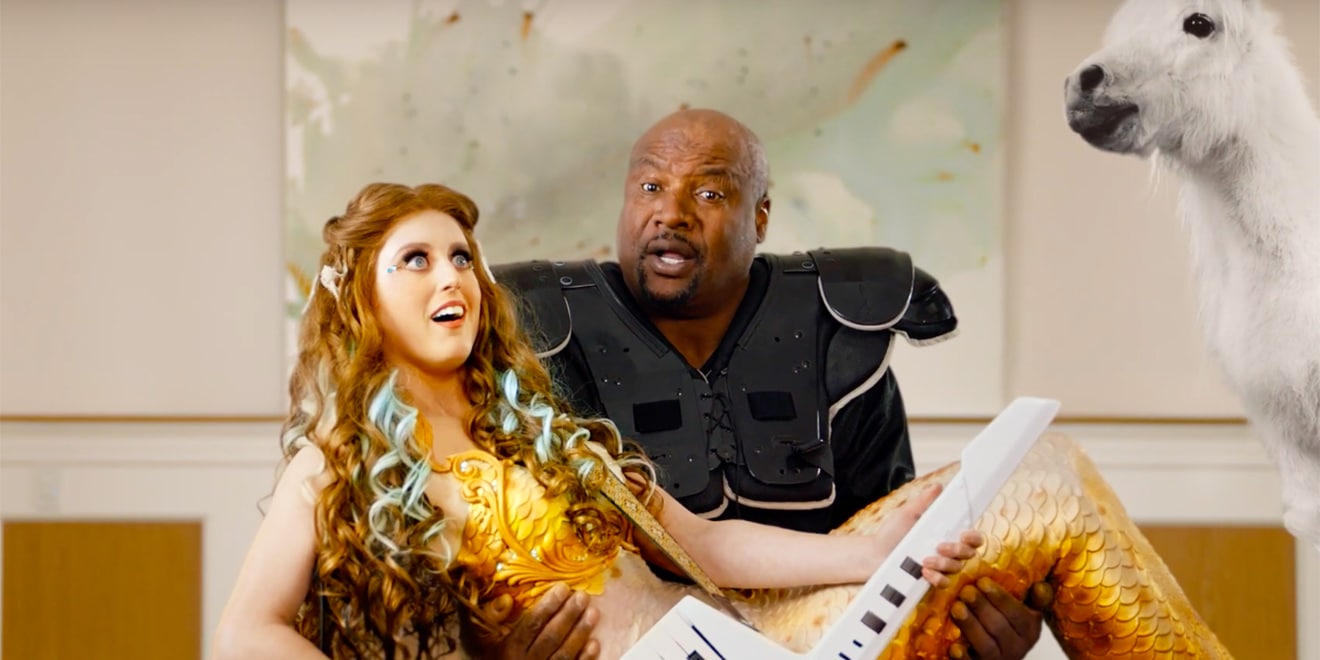 Bo Jackson, a mermaid and a keytar all represent "the best of both worlds" in Sprint's Super Bowl ad. Sprint

With apologies to Spuds MacKenzie, few ad stars in 1989 were as big as Bo Jackson. Having gone pro in both baseball and football, his athletic range made him an icon, thanks in large part to Nike’s massively popular “Bo Knows” campaign.

While Jackson retired from baseball in the mid-’90s after suffering a career-ending football injury a few years prior, he has never fully left the cultural radar. Younger audiences may know him from the trope of his overpowered Tecmo Bowl character from the original Nintendo Entertainment System, and Jackson even revisited his legendary connection to the video game in 2016 ads for both Kia and Bud Light.

“Who better to tell the Sprint story of offering both a great value and a great network than a two-sport all-star athlete who really does ‘know,'” said Sprint CMO Roger Solé. “Bo Jackson personifies the ‘best of both worlds,’ and he recognizes that customers don’t have to compromise with Sprint.”

In this year’s ad for the Big Game, the sassiest bot of the bunch is running the show and even starred in a few teaser spots in which he’s brainstorming the ideas that would eventually become Bo-mermaid-keytar-pegasus: