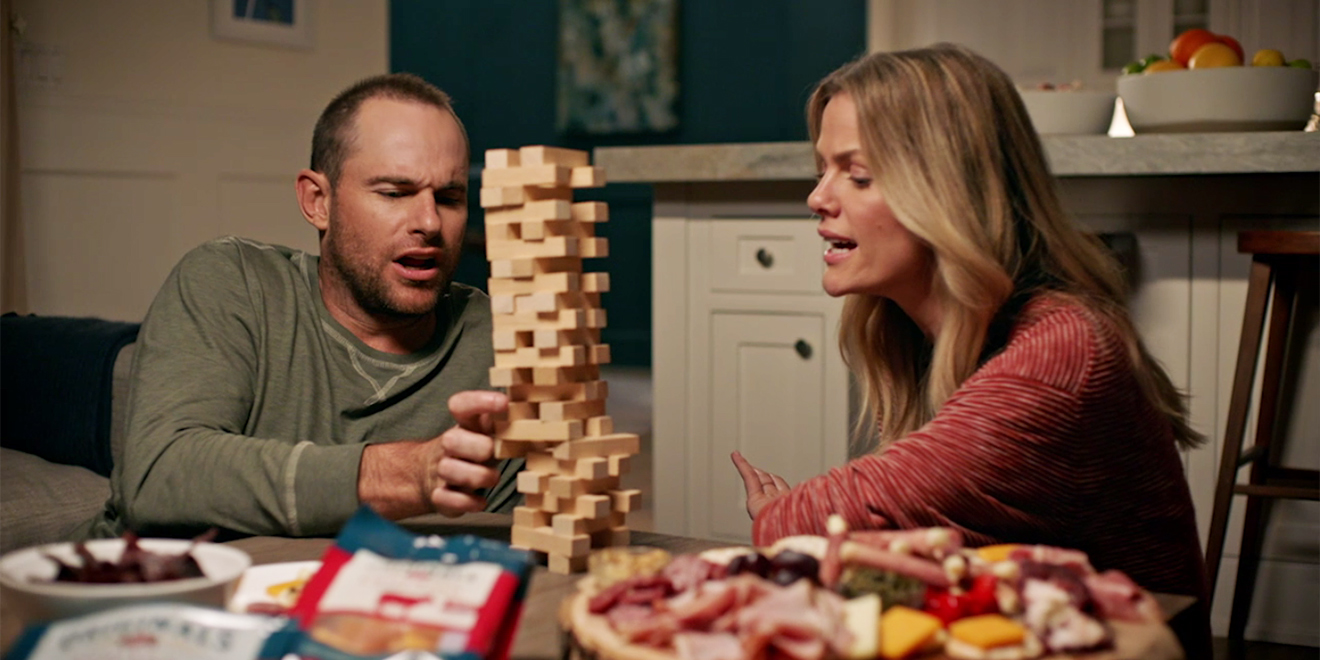 Jenga is clearly not Andy Roddick's game, but will he fare better at video game tennis? Dietz and Watson

Dietz and Watson has been a family-owned company for over 80 years, so their food’s role in family life is a point of pride.

That’s why, when the Philadelphia-based deli brand decided to bring on influential celebrities as ad stars, its marketing team tapped real-life couple Brooklyn Decker and Andy Roddick to be the faces of the “It’s a family thing” campaign.

Fittingly, the campaign was a home-grown effort by Philadelphia-based creative agency Red Tettemer O’Connell + Partners. “We’d be proud to work with Dietz and Watson no matter where they were headquartered, but the fact that they’re a national powerhouse in their category and from our hometown makes our work together just a little sweeter.”, said Steve Red, RTO+P Chief Creative Officer.

In their first national push for the brand, the creative team created TV spots, print, digital and out-of-home built around charming, fun and ultimately real family moments. The centerpiece is a spot called “Game Night” featuring Roddick and Decker’s attempt to salvage a night of friendly competition after friends cancel.

The ad includes several subtle copywriting gems, from a nod to the modern classic Settlers of Catan to Decker’s clever dig when Roddick celebrates conquering Australia in a Risk-type game of global domination. “It’s about time,” she quips to her husband, who never won the Australian Open and was famously trounced by rival Roger Federer in a 2007 showdown down under.

But when Decker beats him at his own game (kind of) in Nintendo Wii Tennis, Roddick is all excuses: “We’re playing on carpet!”

The second spot, The Hama Lisa, is a similarly toned ad with humor and a relatable moment of a couple’s priorities being out of sync.

Despite the ad stars’ celebrity stature, their arguments and light-hearted moments in these spots are ones you’ll find at dinner tables, kitchen counters and coffee tables everywhere. That authenticity was key for the campaign to work, the agency says.

“The main objective of the campaign is to gain awareness of Dietz and Watson and bring the brand to life around their belief in good food and family,” Red says. “And Brooklyn and Andy’s fresh, fun approach to their own family and ‘framily’ make them perfect to bring the brand’s personality to life. Plus, they were a blast to work with.”

@cara_02 Cara Anderson is a contributor to Adweek.