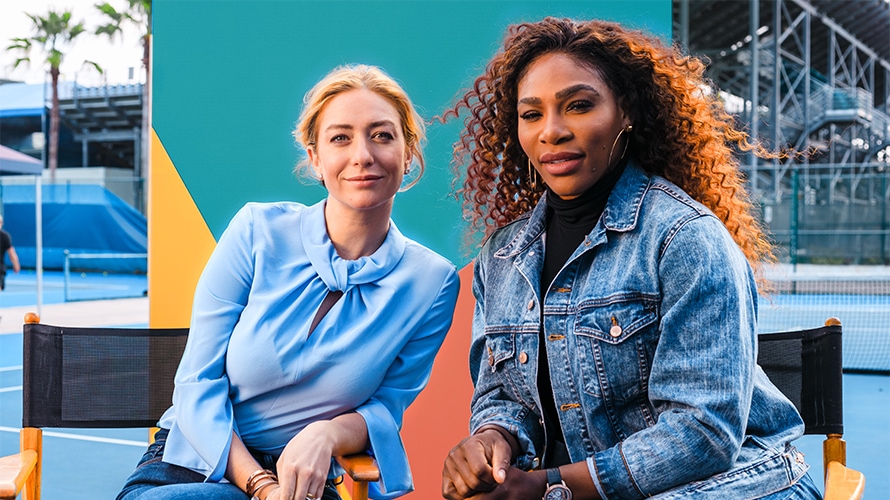 Serena Williams will star in a new campaign for Bumble. Bumble

Though, it’s unclear if the brand will actually advertise during the Big Game. A representative for Bumble declined to confirm whether the ad will air on CBS, what quarter the ad would appear, or whether it’s a national or regional buy if it is in fact a Super Bowl ad. The company’s release did note that “the partnership will go live during one of the most watched cultural moments worldwide, Super Bowl LIII on Feb. 3.”

An all-women team created the new work, “The Ball is in Her Court,” which will feature Williams making “the first move in every aspect of life: dating, friendship, and business.”

In her new role as global advisor to Bumble, Williams will help “reinforce the brand’s mission to end misogyny and empower women around the world,” according to the statement.

“Partnering with Serena Williams has been a dream of mine since we launched Bumble as she is one of the most inspiring women in history and a shining example of someone making the first move in all facets of her life,” said Whitney Wolfe Herd, Bumble founder and CEO, in a statement.

Wolfe Herd continued: “She is a role model, a mom, an entrepreneur and a fierce athlete. She is the epitome of strength, integrity, kindness, empowerment and everything Bumble stands for.”

Bumble, which has more than 47 million users, launched in 2014 as a dating app where women make the first move. Since then, the company has expanded its business model to add networking for business as well as friendship connections to its offerings.

“In my life, I can confidently say that I would not be where I am today had I let the fear of making the first move hold me back,” said Williams, in a statement. “Like Whitney Wolfe Herd, I am a firm believer in striving to achieve greatness as every single one of us holds the power to write our own stories.”

Williams continued: “I look at my daughter and know it is my duty to pave a powerful path for her, and as Bumble’s global advisor, I can encourage her and women everywhere to think like a champion, define their lives and ultimately, embrace the power we have within.”

While further information regarding the campaign is currently unavailable, the company has created a hashtag (#InHerCourt) to tout the partnership and campaign as well as a countdown clock to the campaign’s release.