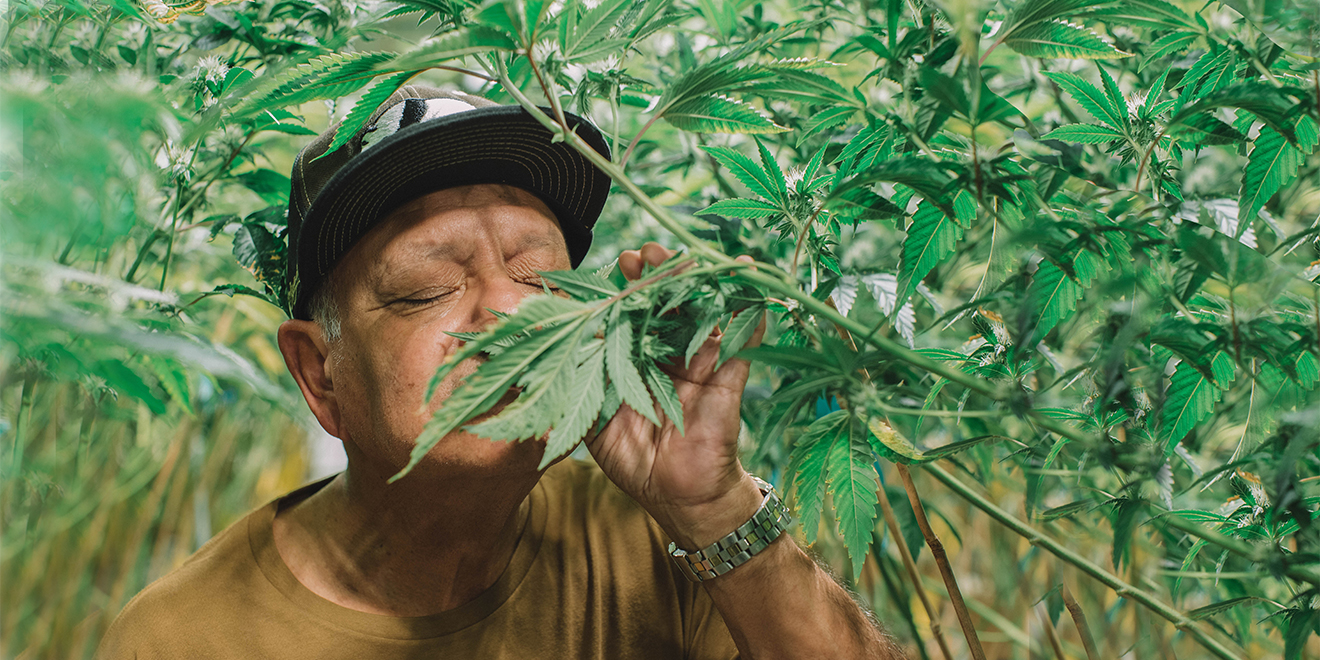 While Cheech’s solo career has ranged from children’s books to voiceovers for Disney movies, his name has always been synonymous with weed. Cheech's Private Stash

Being a successful brand requires extensive research and development. Richard Anthony Marin knows it—even if his approach to R&D is, well, a bit informal. “We get a bunch of strains, then we go out on my patio and look at the ocean—and then light it up!” he says. “It’s a very hands-on policy.”

Were it any other executive talking about toking up like this, it would be the stuff of scandal. But in Marin’s case, it’s simply what you’d expect. Richard Anthony Marin is better known to America as Cheech, the fast-talking half of comedy duo Cheech and Chong, who, back in the 1970s, essentially created an entire oeuvre out of smoking doobies. And lately for Cheech, lighting up on the patio really does qualify as field testing: Since April, he’s been selling his own line of branded cannabis.

It’s called Cheech’s Private Stash, and the name—just like the signature red knit cap atop the logo—was Cheech’s idea. “Pretty good, huh?,” he said on a recent afternoon on the phone from Los Angeles. “I also invented putting solar panels on the border wall, too. I’m full of good ideas!”

It comes as a pleasant surprise that four decades of pot smoking haven’t dulled Cheech’s comedic timing one bit. But jokes aside, the 71 year-old Cheech has lived to see cannabis turn into serious business. According to data from Arcview Market Research, customers in North America dropped $9.2 billion on the sacred herb last year, and that dollar figure is forecast to hit a staggering $47.3 billion a decade hence.

While national cannabis brands have been slow to emerge—a function of the fact that pot is still illegal in most of the country—it’s hard to imagine a name more recognizable, or one that confers more authority, than Cheech’s.

“You know,” he says, “Cheech and Chong is a magical name that’s kind of endured.”

So it has. Though Cheech Marin and Tommy Chong met in Vancouver in the late 1960s and split in 1985, their material has managed to win a new generation of fans who weren’t even born when their cult film Up in Smoke—a low-budget brain bake that grossed $44 million and established stoner comedy as a genre—debuted in 1978. And while Cheech’s solo career has ranged from children’s books to voiceovers for Disney movies, his name has always been synonymous with weed.

Ditto for Chong, of course, who launched his own pot brand—called Chong’s Choice—in 2016. Originally, Cheech was supposed to go in with that brand, were it not for what he calls a “mixup with the people who were running his thing.” So Cheech ventured forth on his own.

Cheech concedes that his reputation will do much of his brand’s marketing—but not all of it. His name, he says, “would be worth something [only] if the weed is really good.” (In fact, that’s become the official pledge of Cheech’s Private Stash: “It will always be good.”) 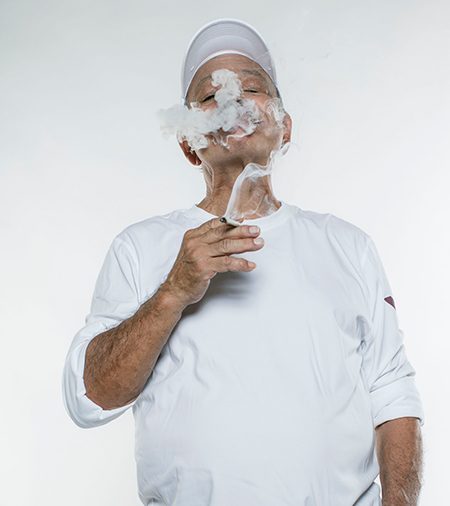 Which is a promise harder to deliver than it sounds. While 29 states currently have some form of legalized cannabis, recreational pot use (as opposed to doctor-sanctioned medical use) is legal is only nine of them. And since weed can’t be transported across state lines, a brand like Cheech’s Private Stash has to find growers in each of the three states (California, Colorado and Nevada) in which it’s currently sold.

“There is plenty of product to be had, but we’ve spent a great deal of time seeking out the best growers in each state,” said Lisa Marcus, CEO of GLE Brands, which holds the exclusive contract to license and market Cheech’s Private Stash. “We go for quality. We’ve only used indoor grows that have been cultivated with great attention to excellence. We’ve rejected product, at a cost, because our goal is to keep the standard. Everything has to have ‘Cheech approval’ before it is packaged.”

Cheech currently puts his name on flower jars, mylar baggies, and pre-rolled joints, but he hopes to broaden his brand’s appeal to the medical-use community by offering an entire line of wellness products.

“Marijuana should be legalized because it’s an aid and a benefit to a great portion of the community—especially baby boomers who are encountering a lot of different medical problems,” says Cheech.

Meanwhile, while he waits for national legalization to come, Cheech still has his entertainment career. Cheech published a memoir in February, and he and Chong are back together for some gigs, among them July’s Newport Folk Festival.

“I’m a Chicano,” he deadpans. “I have to have three jobs at all times.”