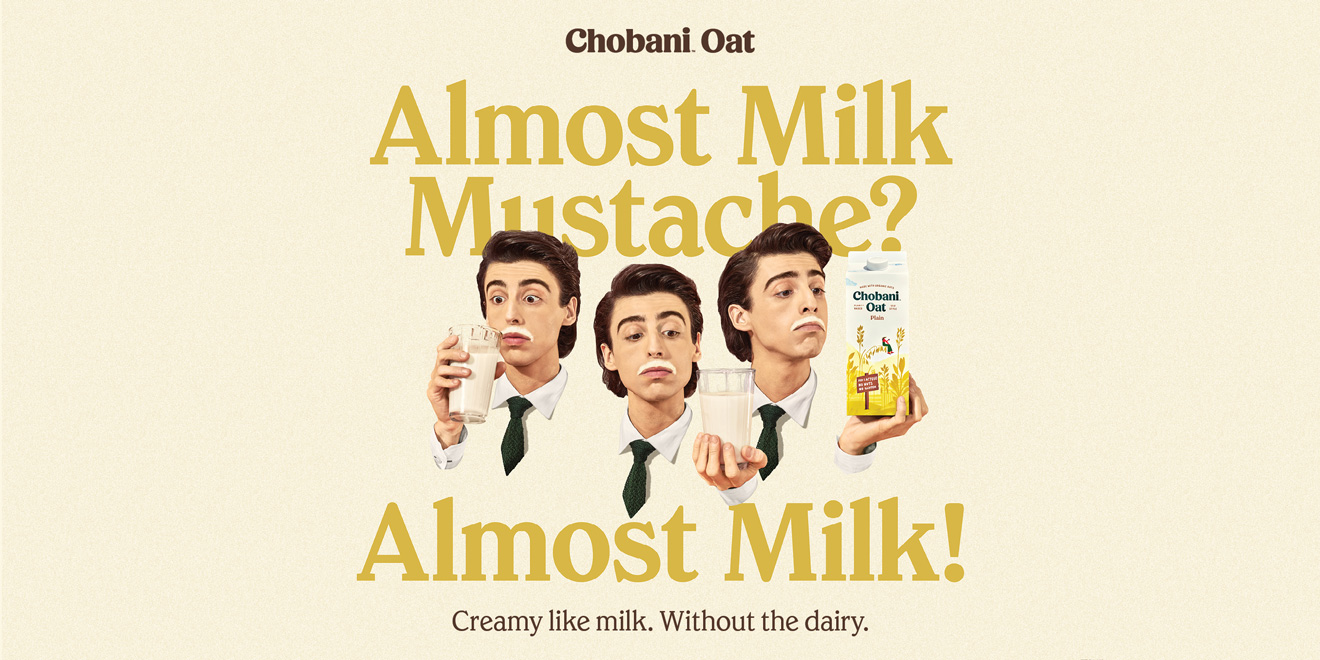 At a time when disrespect for what’s come before often gets treated as a virtue, Chobani is holding up the past as something worthy of admiration.

In Chobani’s first ad campaign for its new oat-based drinks, which were announced last November, the company primarily known for its Greek yogurt is promoting its dairy alternatives by paying tribute to plain, old-fashioned milk.

Chobani’s in-house team, which produced every aspect of the campaign, decided on the slogan “Almost Milk” as a way to highlight how its oat-based products were nearly identical to dairy in taste and texture. As Maschmeyer put it, they wanted to keep milk in a position of prestige so that any comparison to it would convey an equal level of quality.

To help get this message of respect across, Maschmeyer said the campaign drew upon nostalgic Americana in a “modern homage to Norman Rockwell.” 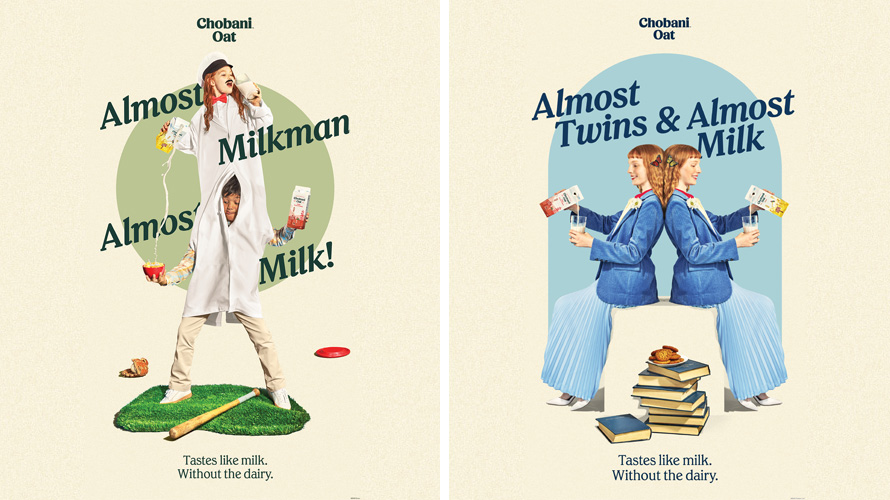 Part of Chobani’s decision not to speak ill of milk is also that most people aren’t looking to get rid of it.

“Our research shows us that people moving toward plant-based dairy alternatives are really flexitarian,” Maschmeyer explained. “They’re not abandoning dairy in totality. So, the idea of creating a campaign that wholesale rejects dairy is not only something we philosophically disagree with, but it’s also something that the consumer doesn’t believe in.”

According to research from Nielsen, only around 5% of U.S. households identify as either vegan or vegetarian, making the rest of the population omnivores.

While Chobani plans to run video spots on YouTube and Hulu, along with paid social on Facebook and Instagram, the biggest push will come from out-of-home advertising, such as billboards and posters on buses. The company plans to target coastal cities including New York, San Francisco, Portland, Ore., and Washington, D.C. Maschmeyer said they’re strategically placing OOH ads near coffee shops and cafes where consumers are more likely to try the company’s new offerings, such as its oat drink blend for baristas, which is meant to act like steamed whole milk.

Last June, Swedish brand Oatly, the pioneering producer of oat-based alternatives to dairy, employed a similar approach to breaking into the U.S. market by focusing on baristas at independent coffee houses and placing painted murals on the sides of buildings.

“If you paint a wall, it feels real,” John Schoolcraft, Oatly U.S.’s creative director, told Adweek at the time. “It doesn’t feel like you’re advertising. It feels like you actually want to tell somebody something.”