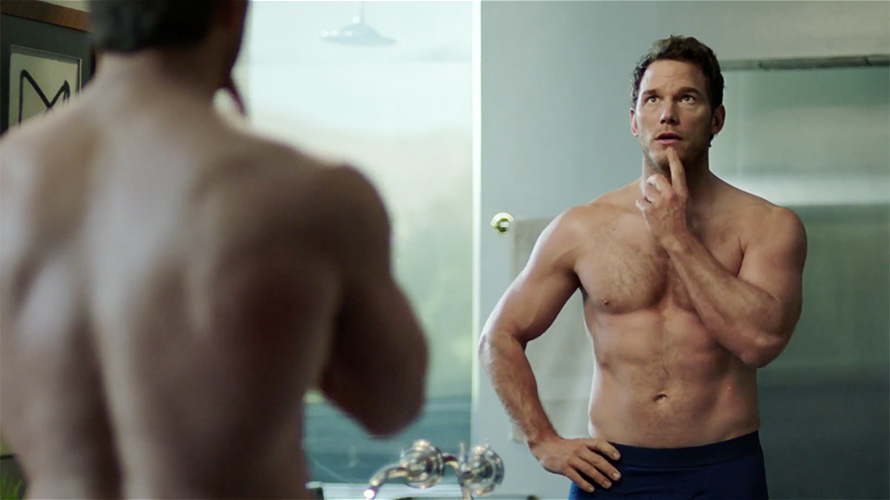 Michelob Ultra is going big for the Big Game. The brand is running two 30-second spots—one in the second quarter and one in the fourth—and they’ve got a very fit Chris Pratt in their corner.

While the fourth-quarter Super Bowl ad from FCB Chicago will be revealed later this week, the beer brand recently released the second-quarter ad, dubbed “The Perfect Fit.” Pratt stars in both spots, which introduce a new tagline for the company: “Live Ultra.”

This is the first time that Michelob Ultra will have two spots in the Super Bowl, according to said Azania Andrews, vp of Michelob Ultra. “[Anheuser-Busch] is super excited about this brand and its performance,” said Andrews. “We’re showing the world how committed we are to it by giving it additional time in the Big Game this year.”

“Michelob Ultra has always been a different beer,” said Liz Taylor, CCO at FCB Chicago, in a statement. “The beer for the fit. Who better to help us get that message across in an entertaining way on the world’s biggest advertising stage than an actor who embodies the ethos of the brand: Chris Pratt. He’s fit. He’s funny as hell. He loves beer.”

Andrews agreed: “We think Pratt is this incredible manifestation of the Ultra lifestyle, the balance in life between fit and fun that we want to represent. He gives us a different way to tell our story. Using a humorous tone is a little bit different for us, but we feel still true to who we are and what we stand for.”

This is Pratt’s first major television campaign. “These days, I’m trying to stay in top shape for work,” Pratt said in a statement. “So when I see a beer, I can’t help but squint my eyes and imagine a treadmill. Specifically how long I’ll have to be on that treadmill to burn off the beer. Michelob ULTRA … I can run that off very easily.”

In the second spot, Pratt will star alongside famous athletes, including golfer Brooks Koepka, surfer Kelly Slater and runner Shalane Flanagan. Together, the group will sing along to a Michelob Ultra anthem: “I Like Beer” by country singer Jon Pardi.

• For all the latest Super Bowl advertising news—who’s in, who’s out, teasers, full ads and more—check out Adweek’s Super Bowl LII Ad Tracker. And join us on the evening of Feb. 4 for the best in-game coverage of the Super Bowl commercials anywhere.