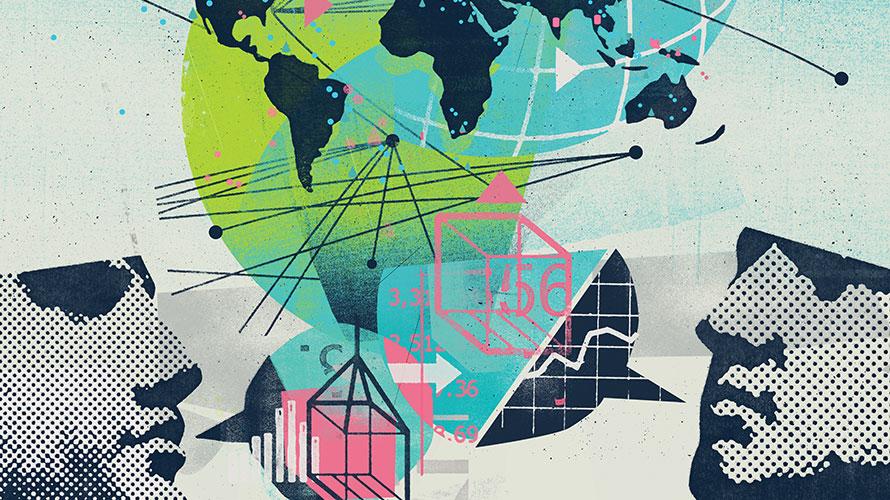 Consumers want a brand that positively impacts their lives, but unfortunately they don't feel that most brands do so. Getty Images

In a fast-paced, competitive landscape, brands are doing everything they can to stand out and connect with the new consumer. But how many brands are actually reaching the consumer in a meaningful way?

Havas recently put out a brand survey that sheds light on a disturbing reality. After surveying 1,500 global brands and more than 300,000 people around the world, they found that only 20 percent of brands actually have a positive impact on people’s lives. This means that not only are the majority of marketers failing to connect with people in ways that activate their emotions and ignite positive influence, but they’re pouring energy into creative campaigns that are largely forgotten. If they’re not making an impact on an individual level, how can brands expect to make an impact on a collective societal level?

Here are four ways brands can make more impact in the modern world.

Today’s consumers have sent a very clear message to brands: Take a stand.

Millennials and Gen Z are civic-minded, active participants, and they’re moved by cause-related brands that are actively trying to make a difference. A survey by Sprout Social confirmed that most consumers today want brands to weigh in on social and political issues. And how can they best weigh in? By clearly articulating why the brand exists, connecting the brand to culture in a larger way and confronting relevant issues head-on. After all, belief-driven buyers are only going to respond to brands that show strongly held, passionate beliefs in their behavior, marketing and communications.

Nike’s Colin Kaepernick campaign is an example of a brand that made the leap to take a stand on a highly divisive issue. Sure, the brand’s decision to select such a highly polarizing figure was a courageous one, but it’s clear that Nike felt confident that the rewards of supporting Kaepernick would outweigh the costs in the long run.

Not only are the majority of marketers failing to connect with people in ways that activate their emotions and ignite positive influence, but they’re pouring energy into creative campaigns that are largely forgotten.

Though the initial shock of this bold move resulted in an immediate drop of Nike’s stock price by 3.2 percent, the decision paid off as sales increased 31 percent in the following weeks.

The campaign became part of a national conversation within moments of release and, most importantly, it took a loud, bold stance on a social justice issue, tapping into the pro-social spirit that the next generation desires. Their proactive decision demonstrates a new model of leadership for modern brands that are looking to participate in the new world of social conscience in a way that the next generation demands.

The key for every brand is to have a crystal clear understanding of its position and purpose. After the purpose is cemented, finding the right causes and issues to confront and align with becomes second nature.

Include audience in the brand story

Today’s consumers demand a two-way relationship with brands. They don’t just want to know who you are, what you stand for and what your brand story is, but they want to be part of that story. Millennials and Gen Z are especially keen on investing in brands that have a rich community with a strong, interactive and engaging social presence.

A recent study revealed that 62 percent of millennials say that if a brand engages with them on social networks, they are more likely to become a loyal customer. A great example of a brand that has involved their audience in the creation of their brand story and identity from day one is Glossier. Using heavy social media marketing and tools like crowdsourcing to involve their audience in developing new products, they’ve built a passionate online audience who feel very much intertwined with the brand identity and narrative and are empowered by their role in its development.

We’re in the midst of an information explosion, and relevance has never been so important. With a myriad of choices and endless sources of information at their disposal, consumers today are more empowered than ever. With one click, they can choose to avoid your brand and choose a different one that’s more meaningful to their individual needs or more relevant to their lives. Today’s consumers don’t care if content comes from a movie studio, publisher, celebrity, influencer or brand so long as it relates and ties into their lives in an integral way.

Cultivating a deep understanding of your customer base and their needs, wants, desires, problems and unique personas is therefore critical. When you really know who you’re speaking to and what matters to them, it becomes that much easier to create compelling, impactful campaigns and stories that solve tensions, shed insights and sway collective opinions.

In order to be a brand that takes a leadership position on a cultural conversation or movement, it’s key to focus not only on what it is that your consumers care about, but what they’re going to care about six months and longer from now. Who or what are the key influencers in their space and what do they care about? These things will likely trickle down to our audience in the coming months, so we can place ourselves at the forefront of their culture rather than just reacting to it.

Given the constantly changing marketplace that’s affected by increasing awareness in social responsibility and interaction, brands must update the ways that they socialize with and captivate the consumer. This new generation of consumers is growing up in a highly responsive environment, so advertisers must understand that the old ways of reaching and keeping consumers is constantly changing.

By adding a social stance, engaging with a potential client on social media, focusing on a specific group or trying to get ahead of future consumer behavior, advertisers can make sure their work is effective, compelling and will reach the target audience in a more impactful way.