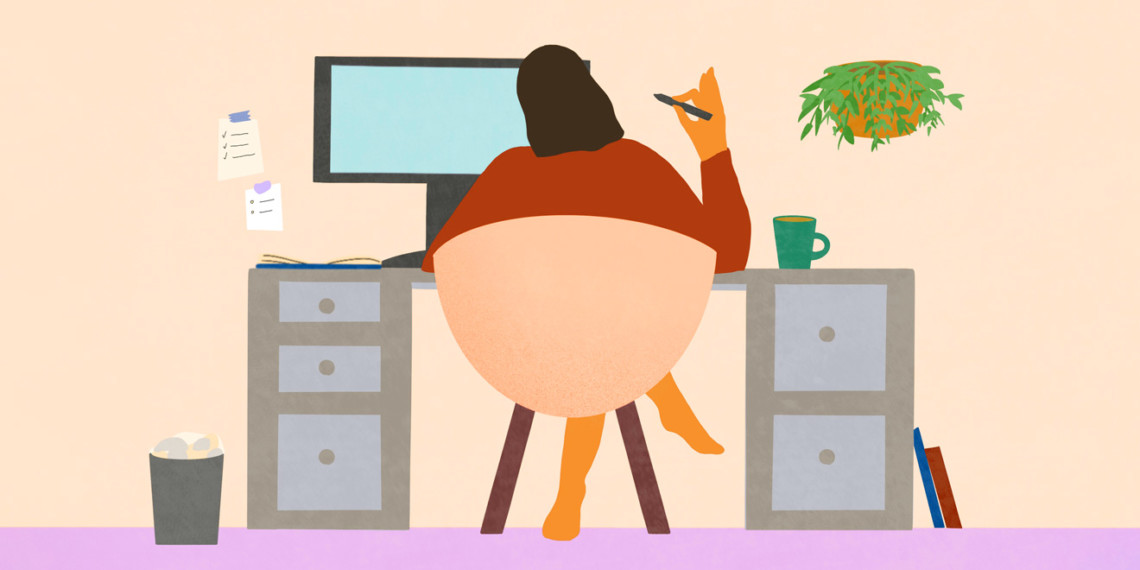 Ashley Lawrence, a digital marketing professional in the live music and festival space, was slated to start her new job as a marketing project manager for a Live Nation-affiliated festival two weeks ago. That same week, coronavirus cancellations and the world’s call to self-isolate caused Live Nation’s stock to drop—dramatically.

“My offer is currently in limbo. It hasn’t been rescinded or pushed through,” Lawrence said. “All my freelance projects are letting my contracts go, too. By the end of this week, I’ll probably have lost every job I had because of this situation.”

Lawrence, who’s 31 and lives in Chicago, has worked in digital marketing for two years, is in a similar boat as countless millennials and Gen Zers whose careers have been upended by the COVID-19 pandemic. Experiential marketing and live events are in a state of uncertainty, as brands and agencies can’t estimate when they’ll be able to produce physical events again.

For young people in the industry, whose careers were just taking off, the pandemic’s immediate effects have left them weighing their job options. While some consider temporary alternative career moves, everyone faces the unanswerable questions of when experiential—which was full of opportunity, until it wasn’t—will return as a job option, and whether it will be the same on the other side of COVID-19.

With no immediate prospects in the live music space, Lawrence said she’ll have to apply for digital marketing jobs in other industries. What’s disheartening, she said, is that it’s taken years of hard work for her to land her dream job in the music industry.

Kayleigh Starr, a 25-year-old working in live event production, is in a similar situation. In early March, Starr began a full-time role as an account coordinator for a New York-based event production company. After eight days on the job, the company laid off the entire staff as their events calendar was wiped due to coronavirus-related client cancellations.

After she was laid off, Starr managed to land a temporary gig helping a TV network with the load out of a show in Connecticut. But heading into this week, she said she’s unsure of what’s next, as TV production is also seeing major shutdowns due to the coronavirus.

“I’m going to wait 30 days before applying to jobs not in my field. I’m hopeful, but at the same time I don’t want to sugarcoat it. It’s ugly for our industry right now,” she said. “We were one of the first, along with travel and tourism, to have the rug ripped out from under us.”

While Lawrence and Starr consider jobs in other fields during this crisis, both are optimistic that events will be booming once the pandemic is over. Starr got her start in live events at 20 as a tour manager intern for a traveling wellness festival. She said what drew her to event production as a post-grad career were the bonds she formed with teams, which can often put in 18-hour work days.

“It’s a tough industry, but I’m hoping that once this is over I can go back to doing what I love,” Starr said. “It’s going to be booming again. I have no doubt that once this settles down, all people will want to do is go to music festivals, reschedule their wedding and rush to see Billie Eilish on tour. The ugly side of it is waiting it out.”

Lawrence said she can’t wait for the day when it’s safe to produce live music events again, but predicts COVID-19 will have a lasting impact on the industry.

“I know I’ll have the opportunity to come back, but I don’t know if it’s going to be the same,” she said. “You’re going to see festivals fold after this. It’s going to completely change the industry.”

Freelancers use downtime as creative fuel

The situation for freelance experiential designers and creative producers is also uneasy as they have to hustle for their next project. It already might be common for them to have a month of nonstop work, and then a month without any assignments at all.

Sayoko Osada, a freelance experiential designer based in New York, was working on four projects that were all canceled or postponed in the span of a week because of the coronavirus. She couldn’t disclose the projects, but said one was for a major electronics company’s event in May and another was for an upcoming retail brand flagship.

Osada, 29, said after her first jobs in experiential—as experiential design director at agency Team Epiphany and a design lead at Bureau Betak—she began freelancing for large experiential agencies more than two years ago. Working with agencies such as Giant Spoon, Osada has spearheaded the physical and graphic design of activations for brands like Google and Nike.

She said she’s taking the indefinite downtime to focus on a side project she’d already been working on for the past six months.

“I’m channeling my energy to build a spatial design community,” she said, noting she and some friends are planning to launch a website within the next couple weeks, that will serve as a think tank for environments meant to be experienced physically, digitally or a bit of both.

“This virus is not going away for a while. So we’re thinking about launching a design challenge for coming up with ways to envision ways to transform our environments to help prevent the spread of coronavirus,” she said. “We want to channel our marketing brain for social good. That’s what we need right now—ideas for urban space, home environments for quarantine or a virtual space.”

Mark Kremer, a 28-year-old freelance experiential designer based in New York, has a background as a trained architect and visual artist, but found a niche in experiential marketing when he started freelancing in 2017.

“I got into experiential thinking it would be a side hustle to support my artistic work,” Kremer said. “But I found that it was an interesting, new genre of design that I really love doing. While I thought I would freelance 50% of the time when I started this, I’m pretty much saying ‘yes’ to any job that comes my way, because I really like it.”

Recently, Kremer designed spaces for Bravo’s first fan convention BravoCon and Audible’s speakeasy-themed experience at the Sundance Film Festival in January. His latest large-scale project was slated to be Audible’s activation at SXSW; the audiobook company had announced plans for a mixed-reality experience inspired by the Audible Original comedy series Escape From Virtual Island. The Amazon-owned company pulled out of SXSW shortly before the host of Austin canceled the event over coronavirus concerns.

Now, Kremer said he’s splitting his time between personal projects that pique his creative interests and reaching out to companies that could offer different opportunities, like designing rendered spaces or virtual reality.

Steffi Behringer has freelanced as a creative producer for New York-based experiential agencies since 2018, helping bring to life activations for Under Armour, Target and Google. Behringer, 30, is also a managing partner at the Brooklyn-based creative agency Palette Group, where she’s responsible for scaling experiential marketing within the agency. She had four projects for 2020 that were all canceled or put on hold.

Behringer is trying to stay productive by maintaining a regular work schedule at home and connecting with contacts to brainstorm any ideas for project pivots. Her career roots in corporate sales and marketing for BMW of North America might be useful if she’s forced to consider a new career path.

How will the industry handle a post-COVID-19 world?

Mikaela Cimarusti started her experiential marketing career on the agency side in 2016, helping clients like HP and Intel connect with new audiences by coordinating their consumer activations at festivals like Coachella and Panorama. From there, she helped bring experiential divisions to Warner Bros. Interactive Entertainment in 2018 and to IGN Entertainment, where she’s been the video game and entertainment media brand’s manager of marketing and events for nine months.

Cimarusti, who’s 27 and lives in Los Angeles, was leading efforts for IGN’s onsite presence at SXSW and E3, which were both canceled. IGN’s plans for San Diego Comic-Con, the next event where it could have an activation, are up in the air. The pop culture convention in July hasn’t announced a cancellation or postponement, but as other global gatherings this summer are already off the table, including the Olympics, the future doesn’t seem bright for an event that normally draws 130,000 people.

Being IGN’s sole experiential manager works in her favor, Cimarusti said, noting that the online-focused company doesn’t have an entire division out of work. But she’s left in an all too common wait-and-see situation, questioning where she can put her talents to use while considering the possibility of event pivots. She also said she’s concerned that she won’t have anything to show for her experiential career for the next six months.

“Right now, I’m trying to pick up random projects where I can contribute, because I feel like I have a wide range of knowledge from doing events,” she said. “It’s unfortunate because I’m very passionate about events, and I get excited. But right now I’m trying to keep a job and figure out what to do. I’m fairly young in my career, so it’s hard. How do you prove your worth if you can’t do your job?”

Bilal Kaiser, principal of Los Angeles-based Agency Guacamole, a boutique PR and social media marketing agency in its fifth year, said influencer-led events account for 40% of the business; COVID-19 has caused all of his clients to postpone or cancel their events. Kaiser said coming from a place of compassion—both toward his team that consists of millennials and to his clients—has been key in navigating the situation.

“We’re getting through this together, and trying to find projects we can lean into considering there is a slowdown in events,” he said.

Kaiser said he has no doubt experiential will bounce back once it’s safe to hold events, but said marketers will need to be extra mindful of consumers’ attitudes.

“The first few weeks of being back in the real world, I think everyone will be apprehensive to attend events, touch things and be around people, because we’ll have been trained by that time to not,” he said. “The responsibility of event professionals will be building an environment that’s safe and comfortable, knowing the risk is gone. We might have to over communicate what each team is doing to ensure we’re creating a safe space, literally, for people to attend events.”

Cimarusti is looking forward to when brands can host in-person experiences again, but expressed worry that it won’t be easy at the start.

“A lot of agencies I work with are laying people off because they can’t bring in any revenue. If they can’t keep all these people, what happens in August when I’m trying to get agencies to hire out to produce these events for us?” she said. “There’s not going to be enough people to do the work, or people will be trying to hire while simultaneously putting on events. I feel like it’s going to be super messy, and that scares me.”