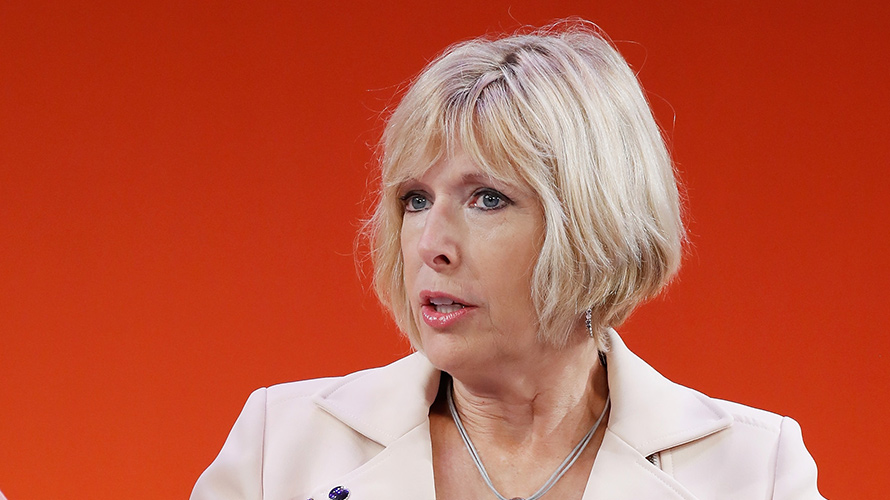 Hudson took on the role of CMO in 2014. Getty Images

Dawn Hudson announced plans to step down from her role as chief marketing officer of the National Football League.

“Dawn provided refreshing insights and perspectives on how to portray our game, players and the special bond fans have with the NFL,” an NFL spokeman told Adweek via email. “The league’s multi-platform campaigns have further deepened the connection with fans throughout the year, culminating with exciting and engaging Super Bowl messages. We wish her well in her future endeavors.”

This year, Hudson and her team worked with Grey New York on one of the biggest hits of the Super Bowl—a wonderful rendition of the famed dance between Jennifer Grey and Patrick Swayze in Dirty Dancing; the NFL tapped Eli Manning and Odell Beckham Jr. to recreate the scene.

“Celebrations were a highlight of this season, and we had so many breakout moments where players showed their creativity together. We wanted to keep that fun going for the Super Bowl and give our fans something to smile and laugh at that was just about football and how awesome it is to be part of a team,” Hudson said of the ad at the time.

Some of Hudson’s other notable work during her time at the NFL include “Baby Legends,” a 30-second Super Bowl spot from 2017, and “Super Bowl Babies Choir” from 2016.

Hudson took on the role of CMO in 2014. Prior to joining the NFL, Hudson served as vice chairman of The Parthenon Group and President and CEO of PepsiCo North America.

During her time at the NFL, Hudson had her work cut out for her as CMO. In 2014, she entered into her position at a time when the league had a major image problem as Ray Rice and Adrian Peterson were both involved in abuse cases.

According to a report from The Wall Street Journal, Hudson said she plans to look into taking a non-marketing gig following the NFL.

“I’m unlikely to go do another marketing role,” Hudson said. “When I agreed to the commissioner to come in and work on the NFL, it was because I had a personal relationship with him and because back in my Pepsi days, he and I formed a great partnership that exists today between PepsiCo and the NFL. I felt like I knew the brand and wanted to help him make that brand stronger.”