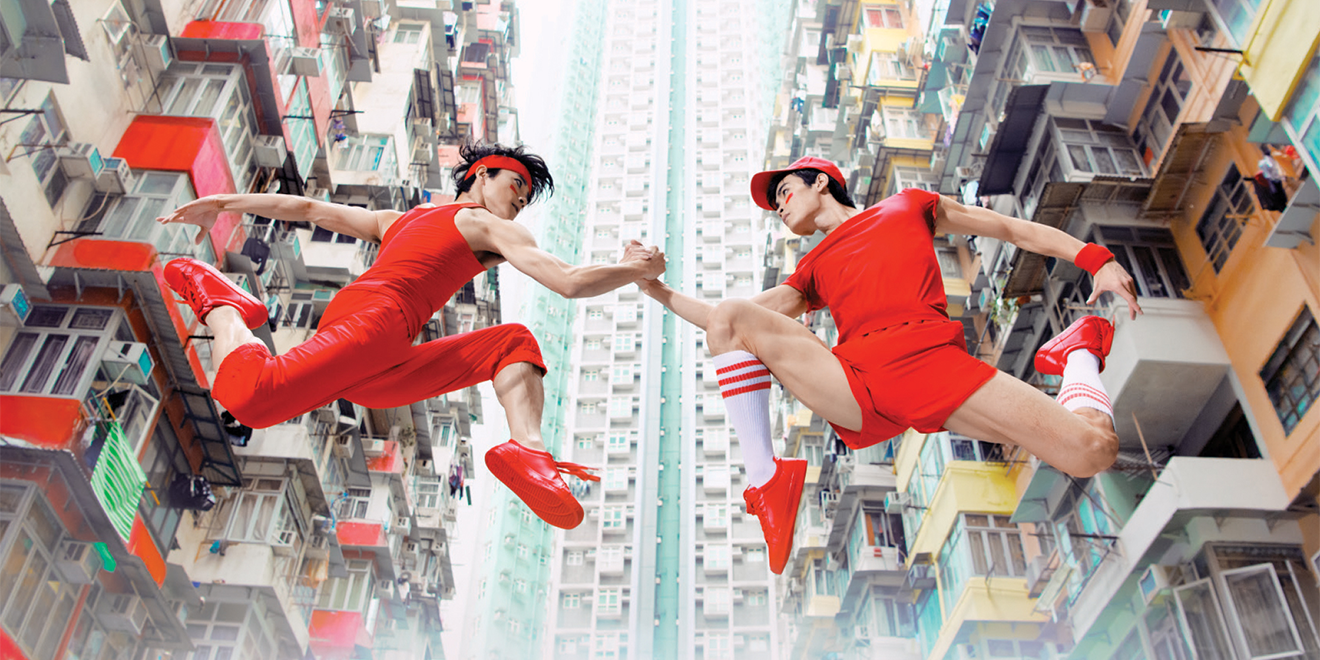 Led by Septime Webre, formerly of the Washington Ballet, the “Never Stand Still” redesign stars dancers from the company’s 2018/2019 season, shot throughout the city of Hong Kong.

But you’ve never seen Hong Kong like this—its temples and well-known eateries are revisited with colors that look almost painted on, while ballet dancers in the foreground are frozen in poses that seem nearly impossible. 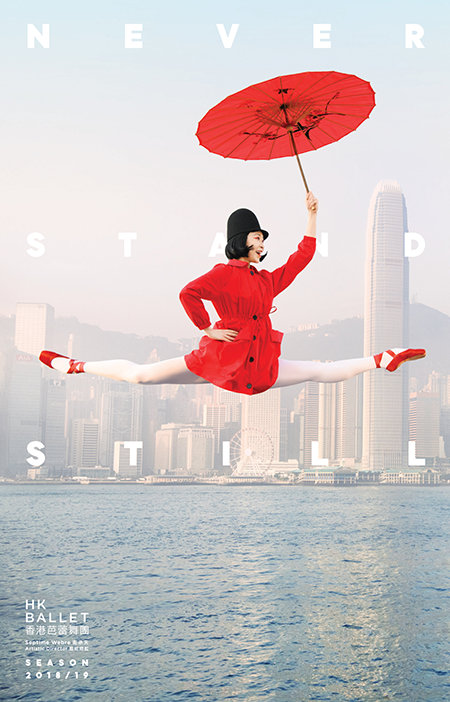 “For great art direction to be seen, the key is to simplify elements so that creative can shine through,” Pum Lefebure, CCO and co-founder of Design Army, explained. “No copy is needed when it’s perfect. For this campaign we wanted the artistry to speak for itself and communicate two things: Hong Kong and ballet.”

Historical landmarks were mixed with a visual sense of how ballet has modernized—striking Tai Chi-inspired poses, for example, while creating contrasts to the city’s background. Makeup and the composition of hair also played a role: “We gored their hair to stick straight and mimic the Hong Kong skyline with the red fans”—as shown in the image featuring five dancers holding red fans below, Lefebure pointed out.

“The Hong Kong Ballet has always had a reputation for excellence and tradition, but has been conservative in previous campaigns, with more classic images and palettes typical of ballets,” she said of the brand itself.

“With Septime Webre, we saw this was an opportunity to shake things up. This new campaign flips ‘classic ballet’ on its head, delivering a wildly fresh new look and creative experience far beyond anything the ballet has done before.”

It’s also an effort to reach a new, more modern audience, and to change ideas about what ballet represents in the culture.

“When you think of ballet, you think of high-society and an older demographic,” said Lefebure. “But ballet is an art form that everyone can appreciate and enjoy, a form of live entertainment that at first might not be easy to understand. But once you learn how to appreciate the art of storytelling through movement, it frees your imagination.” 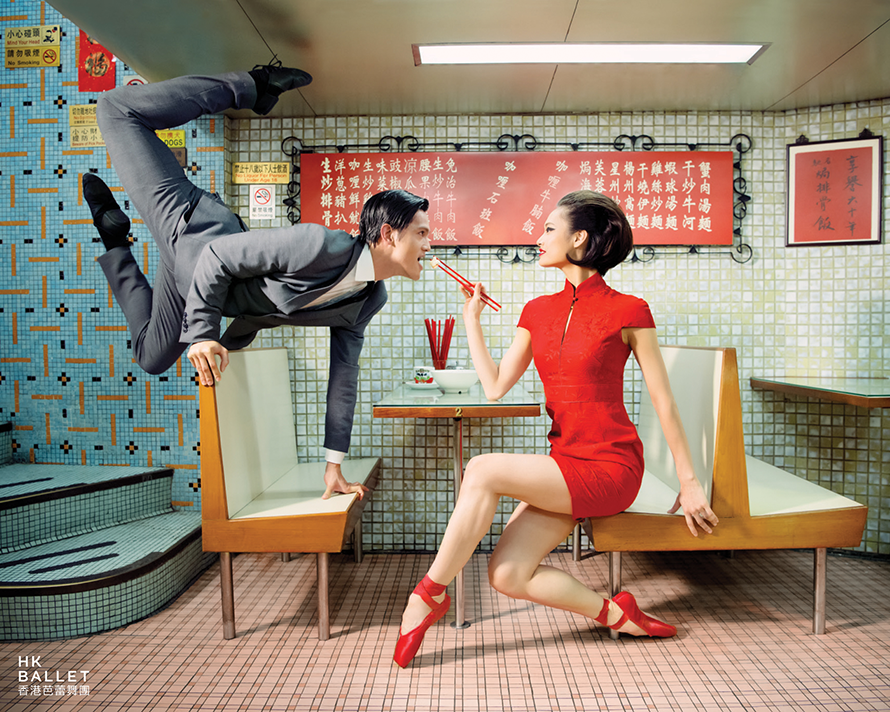 It’s a campaign that is accessible to anyone, whatever the age, she added.

The shot above takes place at the Mido Café and is inspired by Wong Kar-Wai’s In the Mood for Love. It’s “a chic micro 1950s cafe that had an incredible graphic appeal and the perfect backdrop for a modern day romance,” Lefebure observed. “What makes this shot so surreal is that the cafe is so so tiny—the dancer must have kicked that ceiling 100 times! Glad Mr. Mido didn’t kick us out.”

“We wanted to communicate the strength that is in the lives of those who live there by having the dancers’ artistic energy showcased in streetwear,” Lefebure said. “This lets the athletics of ballet shine through. We then added some tension between our soaring dancers with a pose that is suggestive of both conflict and unity.” 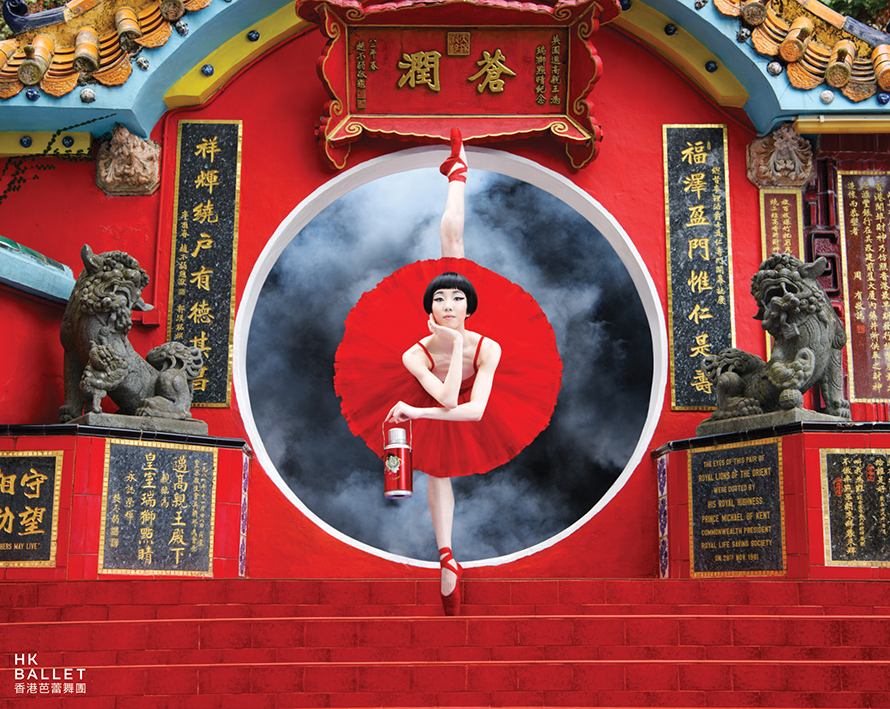 Above, a ballerina poses in front of the Tin Hau Temple, legs fully split like a clock at 6 p.m.—”symmetry at its best,” Lefebure praises. “The auspicious red tutu and bobbed hair mimicking the temple’s round architecture is art direction on steroids. I call it photography by design.”

All images were shot in a day by photographer Dean Alexander. “It is key to find a photographer who has the same sensibility and vision—and understands your schedule,” said Lefebure. “We both knew when we got the image, then moved on to the next location; otherwise you are burning up time and budget.”

The Jumbo Kingdom Floating Restaurant, beloved by tourists, also got a revisit—this time with ballerinas posing as gravity-defying students in uniform. Lefebure laughingly admitted that the team thought the boat would be bigger (it holds no more than eight people).

“The boat was super wobbly,” she revealed. “I was hanging on with both legs thinking that this is not very safe—how was a dancer to do it standing on just one?”

Spoiler: They got the shot. 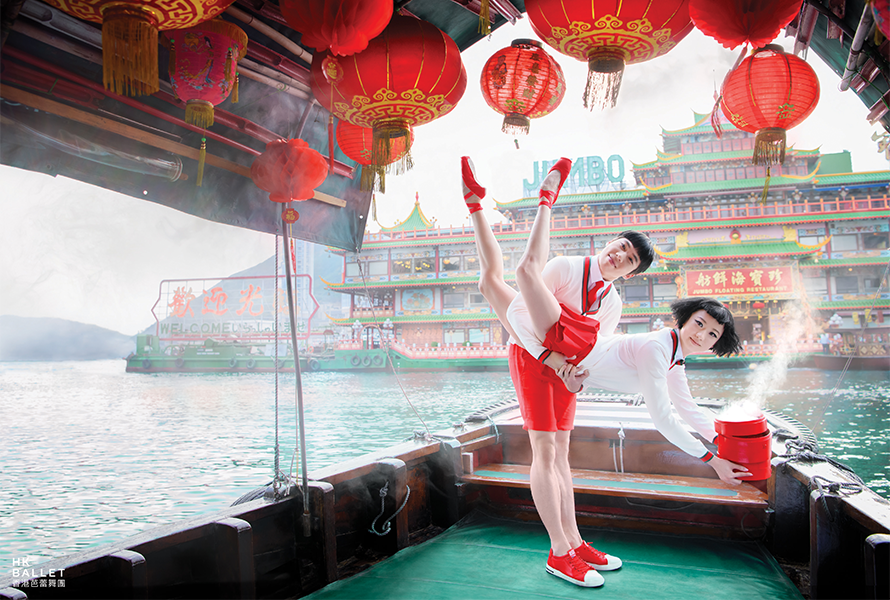 “After some careful maneuvering, we caught a break as the fog machines were rolling, the wind was optimal and the dancers finally got their sea legs. Later that day I found out that one of the dancers could not swim, but wanted to capture the image no matter what!”

The result has a whimsical, romantic touch. “It was the last shot of the day, scheduled to get the right light—which also meant we had to deal with rush hour water taxi traffic. Shooting in a wobbling boat was not easy for our two school-uniformed dancers balancing a stack of dim sum. It was hard enough for our light crew (in another boat) to keep steady; trying to balance on one leg? Seasick pills, please!”

The campaign will run on posters in Hong Kong’s public transit system, as well as in the seasonal brochure, show programs, direct mailers, invites, website and digital ads and banners. 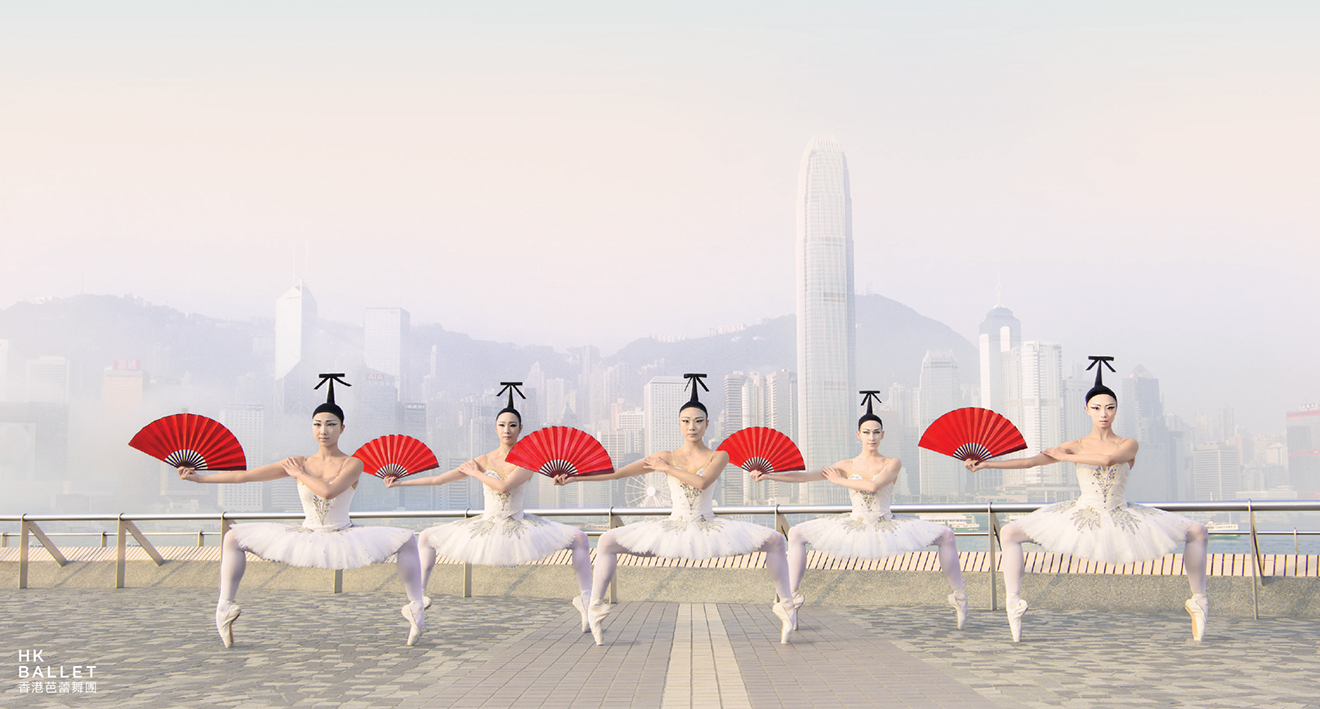 “Septime and I have been collaborating for over 10 years now, and he’s one of the few people who may be crazier than me,” Lefebure continued.

“We’ve done so many great projects; this was a no brainer. As for how this campaign will impact the future of HKB? It’s safe to say the barre has been raised.” 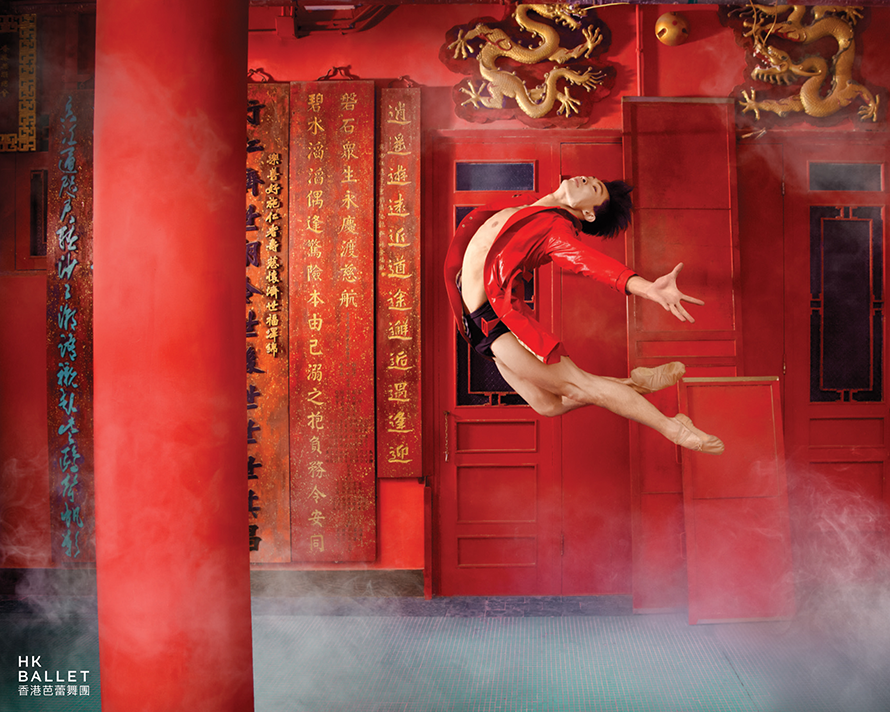