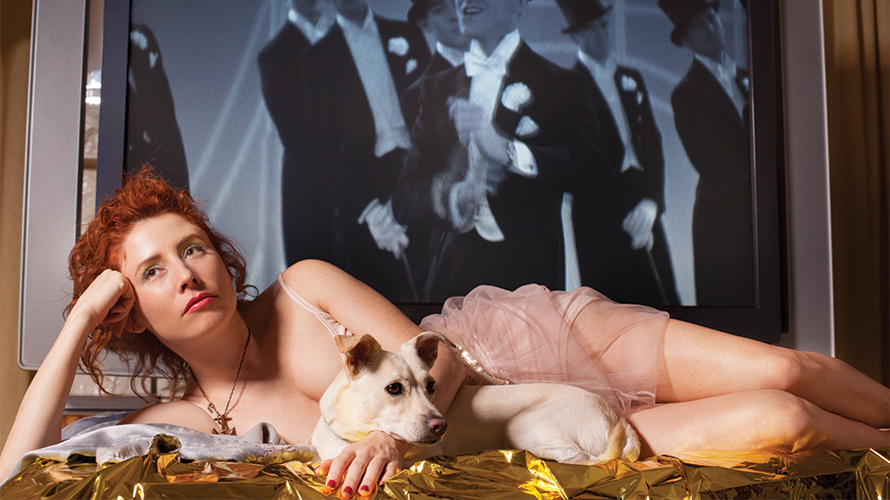 Director Alma Har'el is pushing for more women behind the camera with the non-profit Free the Bid. Courtesy of Alma Har'el

Director Alma Har’el, one of the 39 women Adweek selected for our second annual Disruptors list, founded the non-profit Free the Bid in 2016 to push for more diversity behind the camera when it comes to directing ads. It seems to be working—Har’el explained that the number of women directors hired for commercial jobs has increased by a whopping 400 percent at agencies like BBDO and CP+B. Adweek caught up with Har’el last month via email—she’s getting her first narrative feature film underway, Honey Boy starring Shia LaBeouf and Lucas Hedges—to learn more about why she founded Free the Bid, what she’s working on now and how she’s even practicing the Free the Bid mentality in hiring for her new film.

Adweek: Tell us about founding Free the Bid. Why did you do that? What do you think it has accomplished?
Har’el: I founded Free the Bid in 2016 after directing a few big campaigns for Airbnb, Facebook and Stella Artois and realizing that on every one of them I was only bidding against white male directors. I did an interview about it and PJ Pereira of Pereira & O’dell, the agency behind my Airbnb campaigns, reached out to me with an idea he can implement in his agency. The initial idea was to add a fourth bid just for women, but after debating it, we agreed that it will have to be a pledge to make it mandatory that one out of the usual three bids system will be a woman.

I think it’s a very good deal for advertisers since we are half of the population and we’re only asking for one out of three [bids]. The average consumer in the western world is exposed to 3,000 to 10,000 commercials a day and about 94 to 96 percent of these advertising messages are handled by men, [with] 97 percent [directed by] white men. It is an unequivocal brainwash that hurts our society as a whole as well as the chances of brands to stay relevant and connected to their consumers.

Eighty-five percent of all buying decisions are made by women in most households. It is for the benefit of all of us that they will be represented better and that they will be given a voice behind the camera. Change in the hierarchy of the bidding system brings opportunity for the voices we all yearn for. This change has to run in parallel lines with economic growth for it to be sustainable and for it to shift the old paradigm that has allowed markets the illusion they are stuck in: The illusion that they can talk to the whole world using only the voice of white men.

It's an accomplishment that now the industry knows that women are here—we exist, we're everywhere, we're ready to work, and we're the most untapped source of creativity in the world.

What has the response to Free the Bid been like?
It’s encouraging to see how the ad agencies and brands are starting to learn that listening to intersectional perspectives yields better work that more accurately reflects consumers. The numbers reported to us from pledged agencies are remarkable—BBDO and CP+B, for instance, have reported that the number of women directors hired for jobs has increased by up to 400 percent. With pledges from brands like global drinks giant Diageo, the potential opportunities for women’s work to be discovered, developed and financially compensated are endless. Campaigns directed by women are winning awards and becoming some of the most shared and successful work out there.

Have there been any recent changes to Free the Bid? Plans to include other positions for women in film?
Earlier this year, Free the Bid expanded to include women editor and [director of photography] sections in our database, highlighting the fact that gender imbalance cuts across all production roles. We’ve made inroads into international markets, establishing directorial ambassadors in seven global territories, with many more in progress. In every way possible, we’re constantly expanding the scope of our advocacy and growing our curated database. It’s an accomplishment that now the industry knows that women are here—we exist, we’re everywhere, we’re ready to work, and we’re the most untapped source of creativity in the world.

How did you get to where you are today and what advice would you give to creators looking to get into the business?
By working hard and never comparing myself to other people. By getting rejected by people who didn’t understand who I am or my potential and finding ways to bypass them. By finding true allies and soulmates and kindred spirits that believe in intimacy and humanity and magic. By understanding who holds the power to markets and jobs and how educating people about these power structures can create change.

What do you want to do in terms of directing that you haven’t done?
The list seems endless, but I’m making a dent in it right now with my next project. I’m currently in pre-production for a film starring Shia LaBeouf and Lucas Hedges so it will be my first scripted feature film, and I feel like I’ve been preparing for it my whole life.

Are you pushing for equality in your workplace in other ways we don’t know about? If so, how?
We have found from our discussions and surveys with women that when a woman is behind the camera there is usually a more diverse set and more equality behind the camera.

I practice it in everything I do as much as I can. I need to have conversations and explain that I am not compromising the creative process. I always choose the best person for the job, but I have to make sure the process allowed me to hire women and POC.

So, for example on my new film, I asked the producers to practice the Free the Bid principal in every role and every department. Every interview I do to hire someone has to include at least one woman or POC. It has been incredible to see how hard it is to make that happen, even when people accept it. The agents and everyone involved in pushing talent is always pushing mostly white men. Even when you ask repeatedly. It is a constant, focused agenda to hire women and people of color that makes it possible.

This interview has been condensed and edited for clarity.