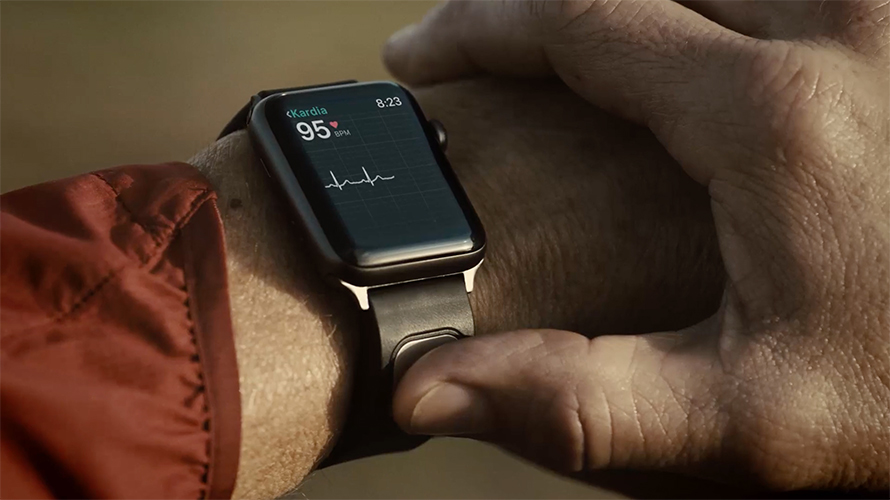 ‘The Unknown’ strikes a much more sobering tone than the agency has become known for. Kardiaband

A man runs across far-reaching landscapes while a voice-of-God narrator waxes profound about the meaning of life. The man stops to check his watch before disappearing into the sunset. You might be surprised to learn this is an ad by Erich & Kallman for AliveCor’s KardiaBand EKG watch.

The 2-year-old agency founded by Eric Kallman and Steven Erich, who at previous firms have been known for such jocular spots as “The Man Your Man Could Smell Like” and “Whopper Freakout,” is moving toward more serious and thoughtful ad content, said Kallman, who is also creative director. This particular spot, which strikes a much more sobering tone, is called “The Unknown.”

“Historically, [Kallman] has done some serious work, but  has come to be known more for humorous ads for brands like Skittles and Little Caesar’s,” Kallman said.

AliveCor is a health technology company that is pioneering AI devices capable of machine learning. KardiaBand is the first FDA-cleared mobile EKG monitor that can alert the wearer to atrial fibrillation, the most common arrhythmia and leading cause of stroke, according to a statement.

“This was really our big crack at something that wasn’t funny,” Kallman said of the KardiaBand ad, which ends noting the only thing we really want to know for certain is that we’ll be able to wake up tomorrow.

The KardiaBand is compatible with the Apple Watch, and while rumors have been flying that future Apple Watches will have an EKG monitor, whether it will be a proprietary product or potentially an AliveCor collaboration remains unknown.

“This was AliveCor’s first big branding push,” Kallman said, adding KardiaBand’s compatibility with Apple Watch could mean its long-term goals will be intertwined with Apple.

Meanwhile, Kallman said his agency has more serious work along the lines of “The Unknown” coming up but declined to comment more specifically about any campaigns.

“We’re a young agency, and our goal is to be well-rounded, with many creative voices and tones,” Kallman said.