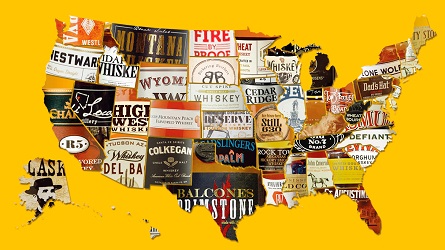 Here’s an interesting twist on the international management of a brand-name U.S. magazine.

Esquire is published internationally in two dozen countries or regions. India is not one of these and would seem primed as a logical next step in that regard. However, instead of a localized edition, it will be whiskey lounges.

Hearst Magazines International announced today that it has partnered with Franchise India Holdings Ltd. to open an initial location in central Delhi in 2018, followed by 14 more whiskey lounges across India:

“The Esquire brand has global recognition, epitomizing cool confidence, wit and style; the lounges will reflect that, offering guests a truly unique experience,” said vice president and global chief licensing director Steve Ross. “This partnership is an excellent opportunity to create a new business with a best-in-class operator and bring the spirit of our brand to a new audience.”

Currently, the closest thing to Esquire India is a garment industry wholesaler that goes by that name. In India, Hearst Magazines publishes editions of Cosmopolitan and Harper’s Bazaar.

Earlier this summer, Esquire U.S. released a compendium of “The Best Whiskeys in Every State Right Now” and from that grouping, its ranking of the top 10 nationally. Topping the latter list: Seattle’s Westland brand.