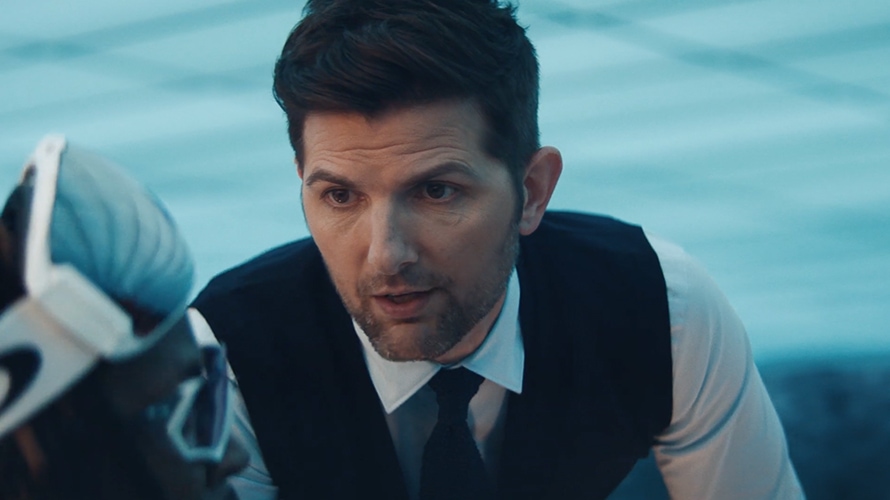 Adam Scott plays the the head of finance for 2 Chainz's record label in the spot. Expensify

Last week, Expensify revealed that rapper 2 Chainz and actor Adam Scott would star in its first-ever Super Bowl spot. Today, the expense management platform is dropping two versions of the ad—the 30-second one that will air during the game and an extended, 60-second version to run online only.

The ad starts as a music video, in which 2 Chainz raps in an ice car with a seafood tower before Adam Scott, his record label’s head of finance, knocks on the window and reminds the rapper to keep paper receipts if he wants to get reimbursed. 2 Chainz responds that he has Expensify for that.

The commercial will also be the first expense-able Super Bowl ad. Viewers can take a photo of 2 Chainz’s digital receipt for the ice car in the music video and enter for a chance to win its equivalent cash value (over $200,000).

The creative for the spot was led by JohnXHannes New York, with Andreas Nilsson of Biscuit Filmworks directing. The ad will air during the second quarter of the game.