Facebook has a brand problem. It’s been brewing for years—and by the looks of the company’s new brand campaign, one of its largest to date, it knows (or its in-house creative team, The Factory, knows) those issues don’t begin and end with the Cambridge Analytica scandal.

The company is looking to hit reset. The new campaign wants you to believe that Facebook can go back to the days of being a platform primarily for friends sharing candid photos, messages, party invites—a platform with the sole mission of connection. Don’t you want to connect with someone? Do it on Facebook.

It’s a smart ploy. Humans need connection and if you’re going to use the internet to do it, you might as well use one of the biggest networks for that, or so the thinking might go.

Of course, the creative team isn’t naive. They know people aren’t going to move past privacy and data issues, clickbait, fake news and all of the other problems that have permeated the platform in recent years. This campaign, especially the out-of-home work, tries to address that with a message that the company is working hard to fix what went wrong. 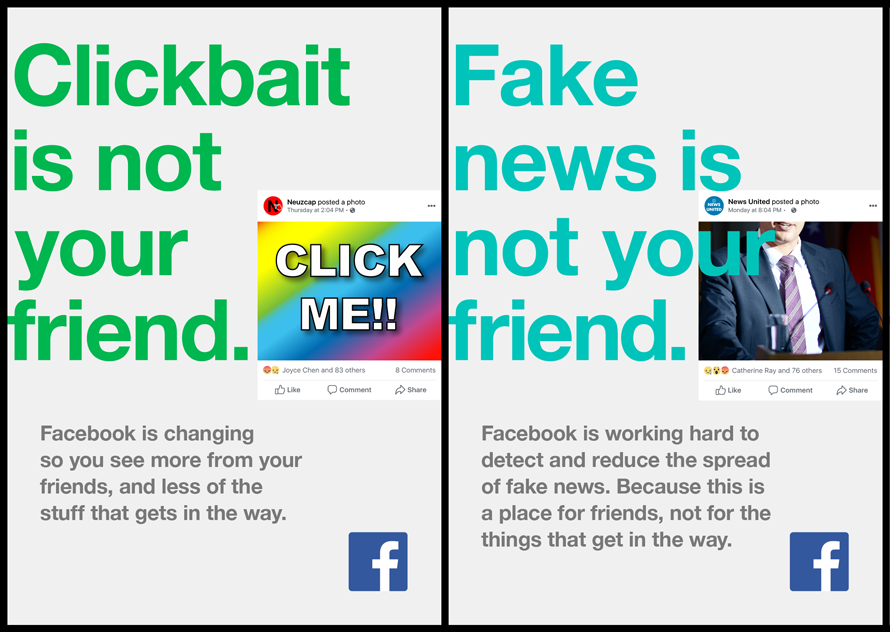 But can Facebook really hit reset without truly examining what went wrong, who was responsible and transparently fixing those issues? While the new brand campaign—and Zuckerberg’s congressional testimony—certainly address the argument for Facebook to take more responsibility for what’s on the platform, who uses it and how it is used, there’s a sense that these problems just kind of … happened or were bound to happen.

Maybe the work might resonate more if Facebook had just said, hey we messed up, we’re sorry and we’re fixing it. Maybe not. But a nod to a problem is not an apology.

The first spot runs on television tonight during the NBA playoffs. The campaign includes TV, out-of-home, cinema, digital spots (on and off the platform) and will run through the summer. 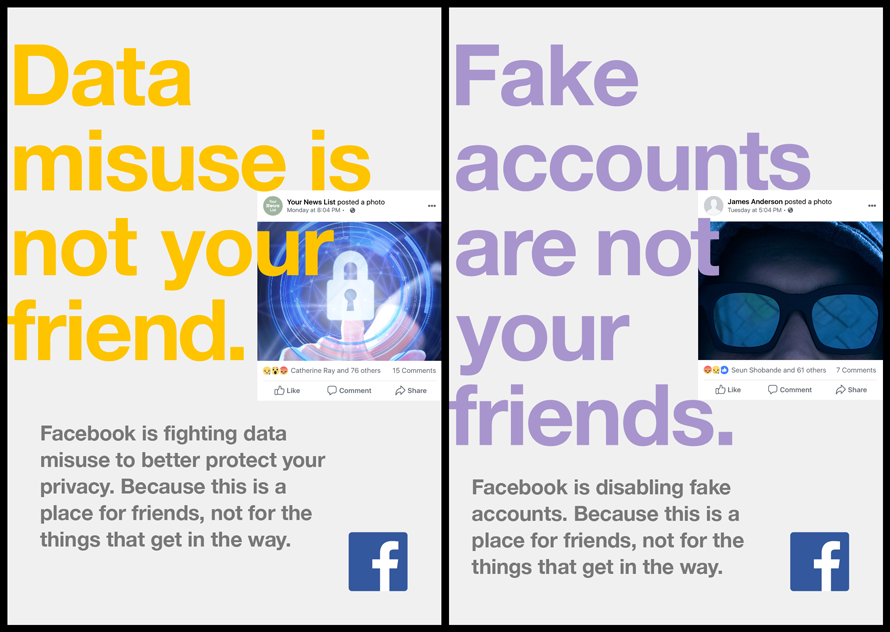