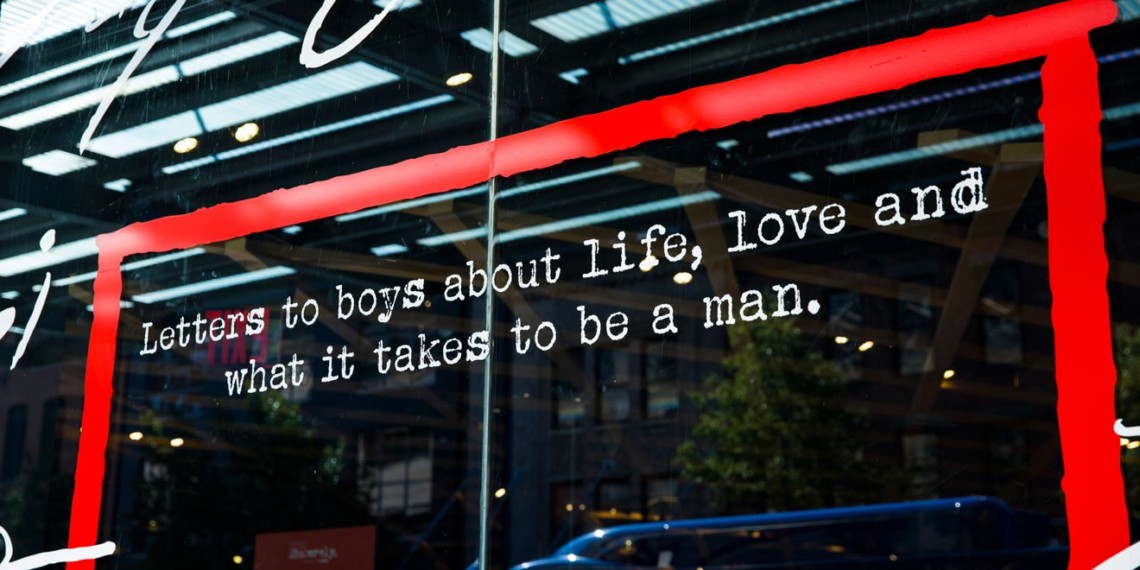 It’s not always easy for some men to talk with their sons about what it means to become a man, or even know where to start. What are healthy emotions, relationships and values? And in an era of toxic masculinity, how can fathers, grandfathers and other male role models help reinforce positive behavior rather than merely discouraging the worst?

This Father’s Day Weekend, Gillette and Fatherly, the online publication for fathers, have created a pop-up in New York to provide a space for men and boys to reflect on how to improve and rethink masculine norms. It’s called Sincerely.

Set up to resemble a gallery, visitors from Thursday through Sunday can read letters from famous and not-famous men alike writing letters to boys, sons and grandsons. There’s one from rapper Common, along with others from from chef Edward Lee and actors Terry Crews and Luis Guzman. Another is from James Vlahos, who in 2017 created a chatbot based on his father who was dying of cancer.

In another corner, visitors can listen to short audio messages of people who answered the prompt: “What would you tell a boy growing up today?” Some answers: happiness “can’t be found in a product that someone sells you”; “don’t ever break someone’s trust”; be a “gentle warrior.” Elsewhere, visitors can watch animated versions of stories on Fatherly’s website.

“We thought it would be appropriate to make this a bit of a brand moment and to talk specifically about how men can step up and have often-difficult conversations with the boys in their life,” said Fatherly CEO and founder Michael Rothman. “About what it means to be a good dude, or even why be a good dude in a world that often challenges conventional thinking.” 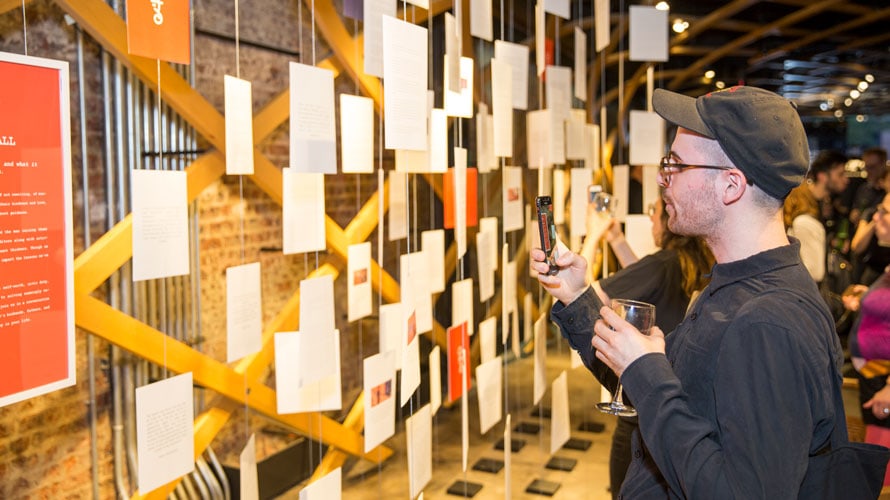 This isn’t the first time Fatherly has created a pop-up space. During the holiday season, the brand created a playroom for families that was more commercially focused. However, according to Rothman, this weekend’s pop-up is a physical manifestation of the publication’s mission to “empower men to raise great kids and lead more fulfilling adult lives.”

Over the past year, Gillette has created a number of campaigns that show men how they can have healthy relationships with other men and women. In a TV spot released in January for the 30th anniversary of its “The Best A Man Can Get” slogan, the brand challenged viewers to redefine masculinity. The ad was praised by many and criticized by others, and data analysis by Crimson Hexagon a few weeks after the TV spot’s debut found that taking the risk was a win for Gillette—especially with how women perceived it.

That wasn’t the only boundary-pushing campaign from the brand this year. In May, it debuted a powerful new spot featuring a man teaching his son—Samson Bonkeabantu Brown, a Toronto-based transgender activist—how to shave. Earlier this month, a new TV spot for Spain played off the age-old question: “Are you man enough?” The ad featured a number of Spanish celebrities, including photographer and drag queen Rubén Errebeene. (According to a survey that informed the campaign, 75 percent of men in Spain said they don’t identify with traditional masculine stereotypes, while 45 percent said they feel pressure to fit in with society norms. 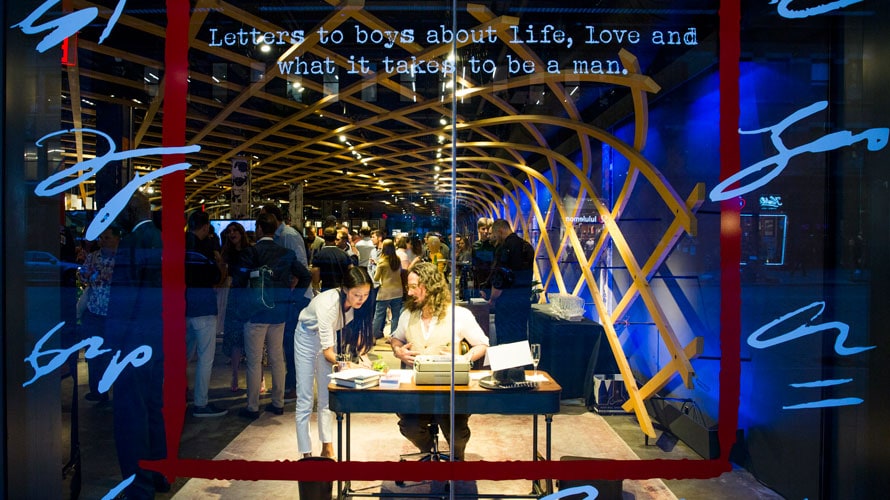 Gillette CEO Gary Coombe said the partnership fits along with the brand’s broader goals of changing the way men see themselves and contribute in an “ever more positive way to society.”

“As one of the biggest, if not the biggest men’s brand in the world that advertises every day, we portray and characterize men in our advertising, and with that power—and it is power—comes a responsibility that we take very seriously,” he told Adweek. “We can reinforce negative, bad stereotypes or we can portray men in a more progressive light, helping make society better. We prefer the latter.”

While many brands have forged partnerships over the past several years to empower women, Coombe and Rothman said there’s still a vacuum when it comes to brands promoting healthy masculinity. Coombe said that in order to create a more equal world, men have to “step up and play an important part in that mission.”