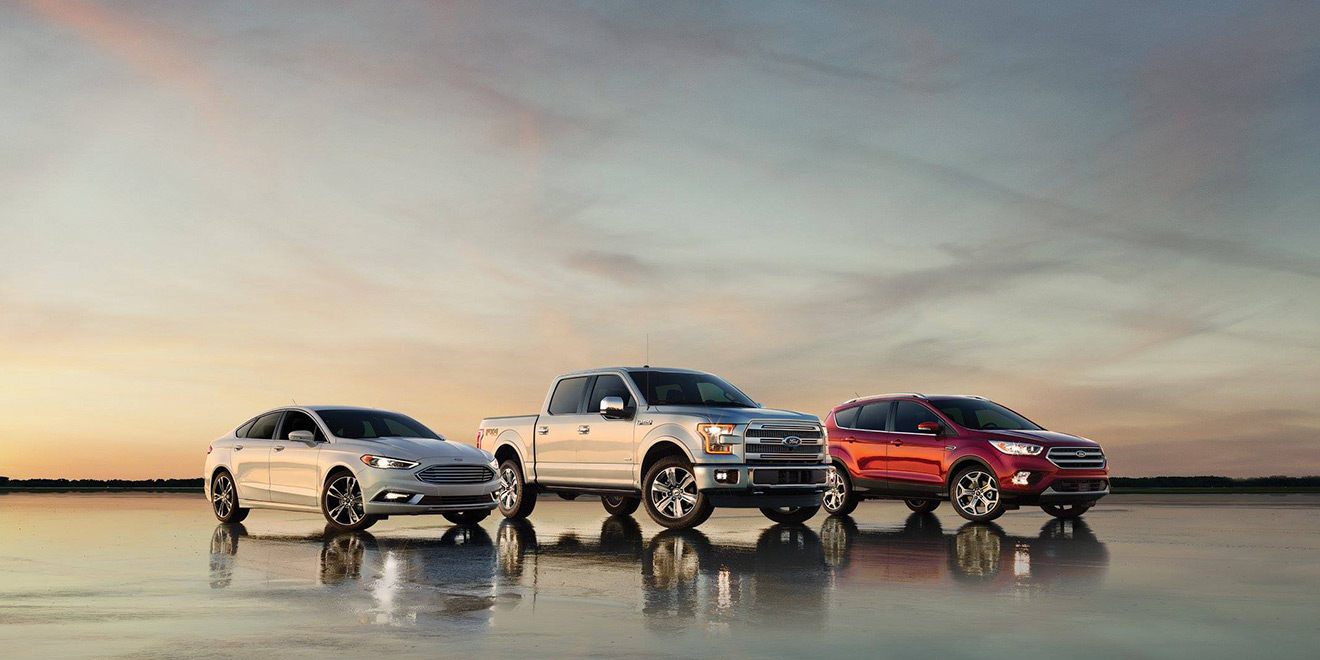 Ford devoted over $2.8 million of its $4.5 million broadcast placement budget for the week to new creative. Ford

Five hundred and thirty advertisers devoted $76 million to national broadcast placement for new creative, down $24 million from last week’s total of approximately $100 million, according to Kantar Media. Overall spending on national broadcast placement saw a slight increase, however, up to $823 million from last week’s total of $783 million. 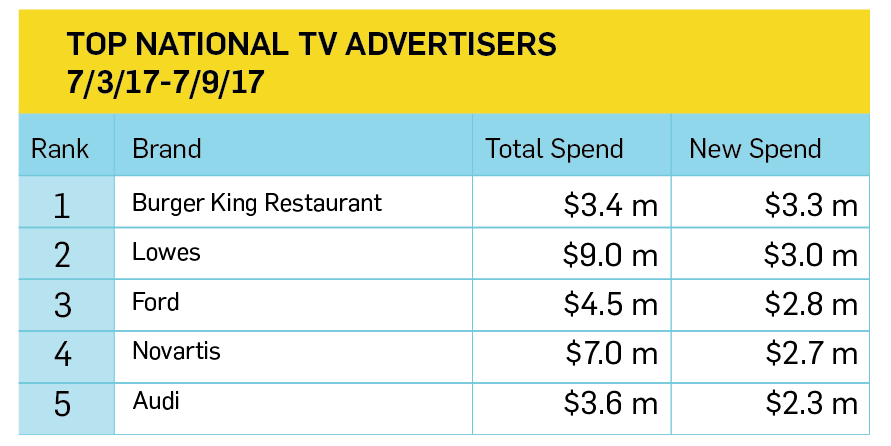 Lowe’s devoted just under $3 million to placement for new creative last week, about a third of its overall broadcast placement budget of a little over $8.9 million. Of that, the home improvement chain devoted $590,000 to placement during NBC’s This Is Us, more than any other programming.

Lowes 7317 from Kantar Media US on Vimeo.

Ford devoted over $2.8 million of its $4.5 million broadcast placement budget for the week, around 63 percent, to new creative. That was $500,000 more than the next automaker on the list, Audi. It was primarily devoted to a new ad promoting its Ford Summer Sales event, but the brand also spent four percent of that on a spot highlighting Fordcares.com, its foundation supporting breast cancer charities. It spent $335,000 of that on new creative for CBS’ The Big Bang Theory.

Ford 7317 from Kantar Media US on Vimeo.

Pharmaceutical company Novartis devoted over $2.7 million to placement for a new ad promoting its Entresto brand of medication for heart failure patients. That was good for around 39 percent of the pharmaceutical giant’s overall broadcast placement budget for the week of over $6.9 million. Novartis devoted $669,000 of that for placement during The Big Bang Theory, more than any other programming and more than any of the other top spenders on placement for new creative spent on any one individual program.

Entresto 7317 from Kantar Media US on Vimeo.

Audi spent just under $2.3 million, good for 90 percent of its overall broadcast placement budget for the week of over $2.5 million on placement for a new ad promoting its Summer of Audi sales event. While the brand spent less than the other automotive brand on the list, Ford, it actually had more ad placements: 354 placements across 239 programs to Ford’s 312 placements across 100 programs, according to Kantar Media. The brand spent $295,000 on new creative for placement during This Is Us.

Audi 7317 from Kantar Media US on Vimeo.