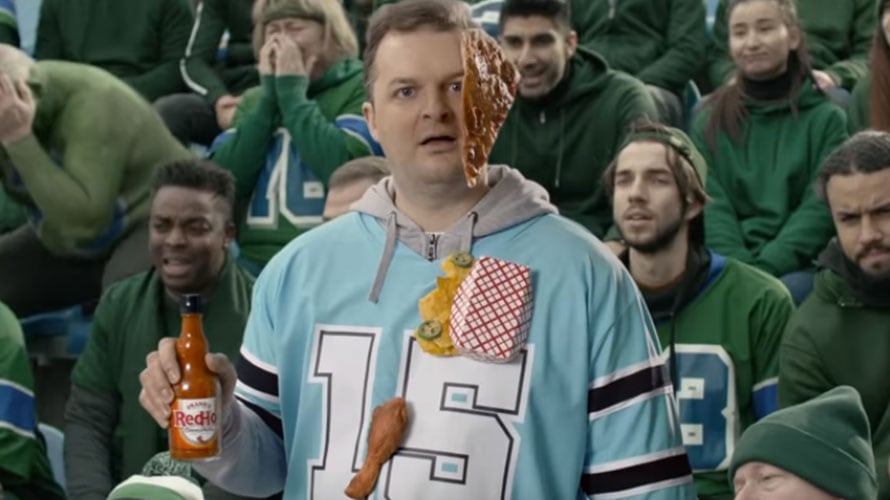 The stunt is a playful twist on the brand’s 'I put that shit on everything' tagline. Frank's RedHot

Frank’s RedHot is the latest brand to circumvent spending over $5 million to air a Super Bowl spot. Instead, the brand will offer prizes to people who tweet about other brands’ ads during the Big Game.

The contest, #FranksSweepstakes, which will run on Twitter on Super Bowl Sunday from 3:30 p.m. to 11:59 p.m. ET, aims to put a playful twist on the brand’s “I put that shit on everything” tagline by asking participants to “Put that emoji on everything.”

During Super Bowl ads, participants will be asked to tweet the cayenne pepper emoji (for Frank’s) along with the emoji that corresponds to the category of the ad (see below) for a chance to win prizes like vacations, gift cards and cars. (For example, during an ad for a car brand, you would tweet the pepper emoji, the auto emoji and the #FranksSweepstakes hashtag while the ad is still going on.) 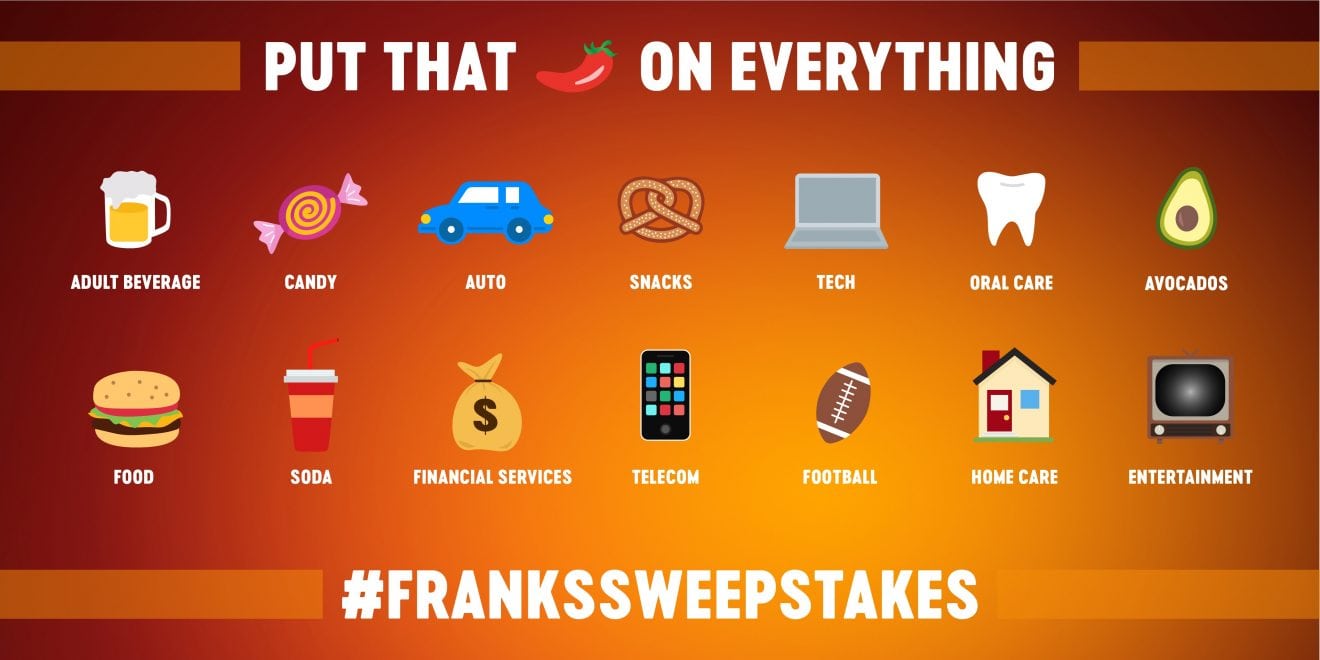 It is the first campaign from Grey New York after the agency won the Frank’s RedHot creative account in October.

Leading up to the Super Bowl, the hot sauce brand will air a series of 30-, 15- and six-second TV and online ads from Grey New York that demonstrate how people can “put that shit on everything.” Absolutely everything. Even your coworker’s lunch and astronauts.

“This certainly brings to life our signature catchphrase, ‘I Put That S#!t on Everything,’” said Matt Jozwiakowski, group marketing director, condiments and sauces, McCormick & Co. “We wanted to create a fun Game Day call to action for hot sauce lovers everywhere during commercial breaks to gamify the at-home experience and put Frank’s, and an emoji, on everything.”

The campaign also includes a partnership with chef, filmmaker and YouTube personality Andrew Rea, who will share some Super Bowl recipes using Frank’s RedHot original sauce on the brand’s website leading up to Feb. 3.