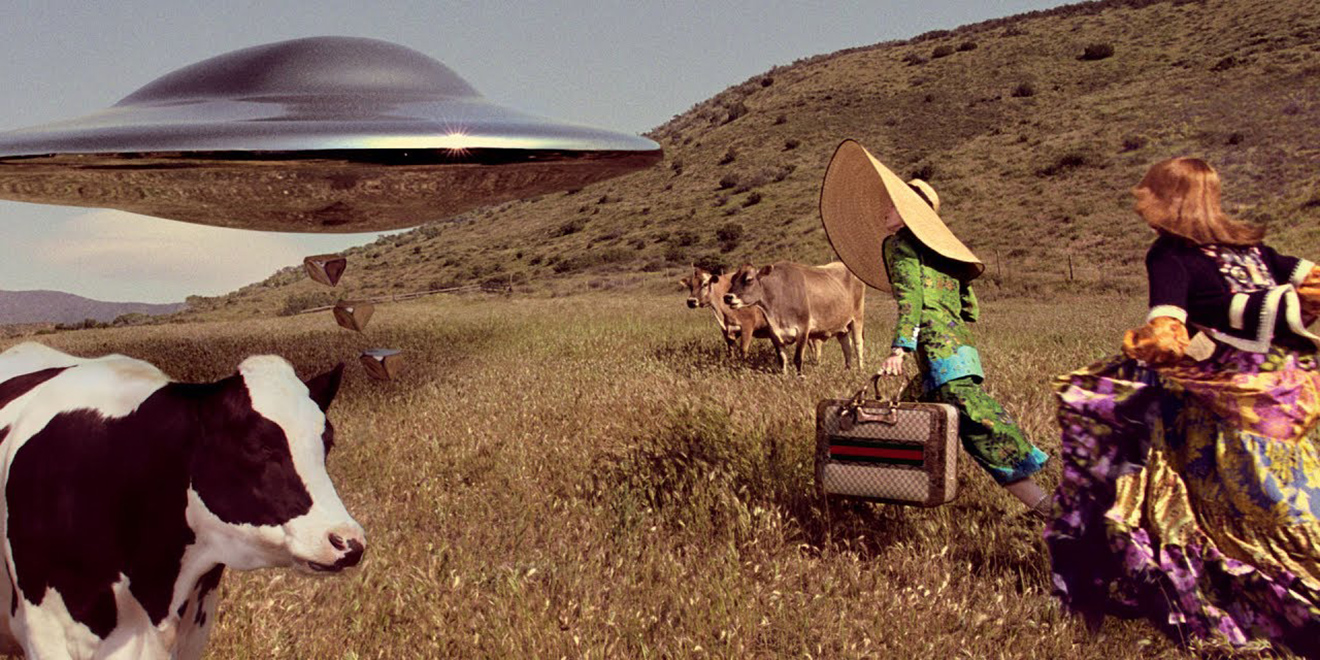 Costume designers working on television shows and films set sometime in the future have given audiences some strange yet goofy yet brilliant (see: Back to the Future and Nike) ideas when it comes to future fashion. And some of the best costume work we’ve seen has come from Star Trek, so it seems fitting that Gucci would pay tribute to the beloved science fiction world with its Fall/Winter 2017 campaign.

The spot, from photographer and director Glen Luchford, does exactly what a fashion film should: It makes you want to slip into every piece Gucci showcases—even the floppy hat that looks almost as wide as the UFO it’s next to—while also immersing viewers in a pleasurable, rich visual world.

Along with Star Trek, the sci-fi programming from the 1950s and 1960s also inspired Gucci’s creative director Alessandro Michele, who came up with the campaign, according to a release, which noted that the brand wanted to portray a “retro-futurist” world.

Set to 1974’s “Space 1999” by Vic Elms and Barry Gray, the ad beautifully depicts a retro idea of the future, one where CGI has yet to ruin our space epics.